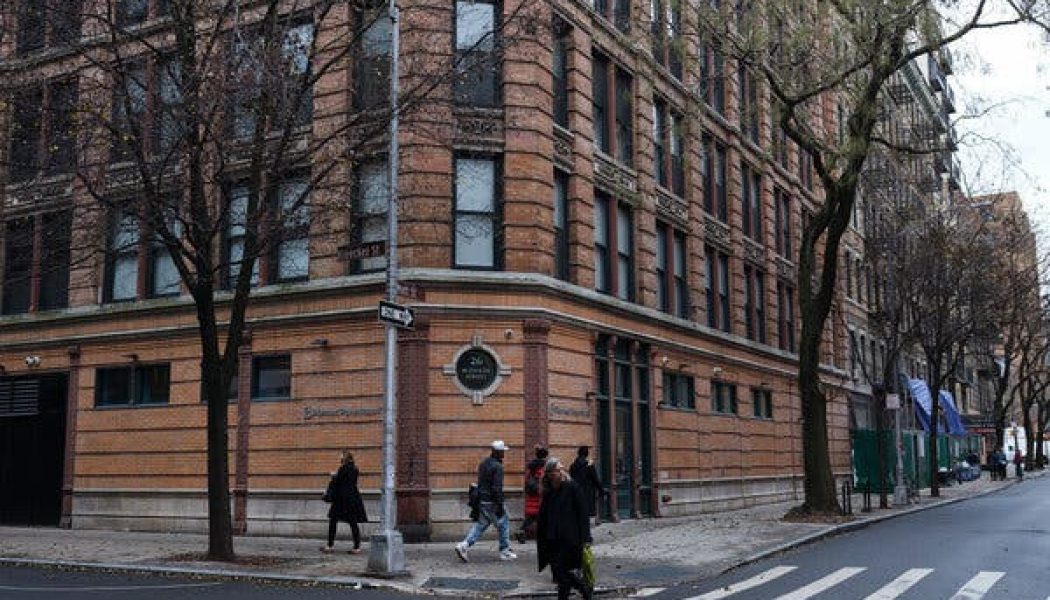 Planned Parenthood of Greater New York will remove the name of Margaret Sanger, a founder of the national organization, from its Manhattan health clinic because of her “harmful connections to the eugenics movement,” the group said on Tuesday.

Ms. Sanger, a public health nurse who opened the first birth control clinic in the United States in Brooklyn in 1916, has long been lauded as a feminist icon and reproductive-rights pioneer.

But her legacy also includes supporting eugenics, a discredited belief in improving the human race through selective breeding, often targeted at poor people, those with disabilities, immigrants and people of color.

“The removal of Margaret Sanger’s name from our building is both a necessary and overdue step to reckon with our legacy and acknowledge Planned Parenthood’s contributions to historical reproductive harm within communities of color,” Karen Seltzer, the chair of the New York affiliate’s board, said in a statement.

The group is also talking to city leaders about replacing Ms. Sanger’s name on a street sign that has hung near its offices on Bleecker Street for more than two decades.

The actions thrust Ms. Sanger onto a growing list of historical figures whose legacies are being re-evaluated amid both widespread protests against systemic racism and a pandemic that has exposed racial and economic inequalities in health care services.

Princeton University said last month that it would remove President Woodrow Wilson’s name from its public policy school and a residential college because of his segregationist views. Just four years ago, Princeton trustees voted against such a move.

Planned Parenthood Federation of America, the national organization, has defended Ms. Sanger in the past, citing her work with Black leaders in the 1930s and 1940s. As recently as 2016, the group issued a fact sheet saying that while it condemned some of her beliefs, she had mostly been well intentioned in trying to make birth control accessible for poor and immigrant communities.

The national organization said in the fact sheet that it disagreed with Ms. Sanger’s decision to speak to members of the Ku Klux Klan in 1926 as she tried to spread her message about birth control.

It also condemned her support for policies to sterilize people who had disabilities that could not be treated; for banning immigrants with disabilities; and for “placing so-called illiterates, paupers, unemployables, criminals, prostitutes, and dope fiends on farms and in open spaces as long as necessary for the strengthening and development of moral conduct.”

In a statement, the national organization said it supported the New York chapter’s decision to strike Ms. Sanger’s name from the clinic. There is no sign on the facility, but it had been identified both internally and publicly by Ms. Sanger’s name. It will now be known as the Manhattan Health Center.

“Planned Parenthood, like many other organizations that have existed for a century or more, is reckoning with our history, and working to address historical inequities to better serve patients and our mission,” Melanie Roussell Newman, a spokeswoman for the group, said in the statement.

Ms. Sanger still has defenders who say the decision to repudiate her lacks historical nuance.

Ellen Chesler, a senior fellow at the Roosevelt Institute, a think tank, and the author of a biography of Ms. Sanger and the birth control movement, said that while the country is undergoing vast social change and reconsidering prominent figures from the past, Ms. Sanger’s views have been misinterpreted.

The eugenics movement had wide support at the time in both conservative and liberal circles, Ms. Chesler said, and Ms. Sanger was squarely in the latter camp. She rejected some eugenicists’ belief that white middle-class families should have more children than others, Ms. Chesler said.

“Her motives were the opposite of racism,” Ms. Chesler said, citing Ms. Sanger’s relationships with prominent Black leaders like W.E.B. Du Bois, a founder of the N.A.A.C.P.

Planned Parenthood of Greater New York, which was formed when five area chapters merged in January, is now the national group’s largest affiliate and wants to recognize the Black women and others who also championed the reproductive justice movement, said Merle McGee, the New York chapter’s chief equity and engagement officer.

The decision to drop Ms. Sanger’s name from the clinic creates an unusual alignment between the New York group and anti-abortion conservatives like Senator Ted Cruz, Republican of Texas, and Ben Carson, the federal housing secretary, who have pointed to Ms. Sanger’s belief in eugenics to criticize Planned Parenthood and its mission.

Ms. McGee said the group could not worry about how conservative figures might react to the move, which she described as a response to the concerns of patients and people of color.

The New York affiliate’s effort to disavow Ms. Sanger comes as it wrestles with internal turmoil, including the recent ouster of its executive director, Laura McQuade, in part because of complaints that she had mistreated Black employees.

Ms. McGee said there was no connection between Ms. McQuade’s departure and the decision to remove Ms. Sanger’s name. The move, she said, arose out of a three-year effort to tackle racism internally and to improve relationships with groups led by Black women who have been wary of Planned Parenthood’s origins. Of the New York affiliate’s 22 board members, one is Black, two are Asian and two are Hispanic.

“The biggest concern with Margaret Sanger is her public support for the eugenics medical philosophy which was rooted in racism, ableism and classism,” Ms. McGee said.

Ms. Sanger based her movement in New York and has been honored in several places around the city. Her former clinic, on West 16th Street, was designated a National Historic Landmark in 1993. The same year, the City Council voted to name the corner of Mott and Bleecker Streets Margaret Sanger Square. Planned Parenthood of Greater New York helped push for the designation after moving its offices there.

The group’s announcement on Tuesday focused on its current building and the street sign.

A representative of the group, recounting an often repeated but uncorroborated story, told city leaders in 1993 that it was fitting to honor Ms. Sanger in the area given that she had helped start the birth control movement nearby on the Lower East Side.

Ms. Sanger went on to start clinics, including one in Harlem. She pushed for reproductive rights, even after she was arrested and sent to jail for opening her first clinic, in the Brownsville section of Brooklyn.