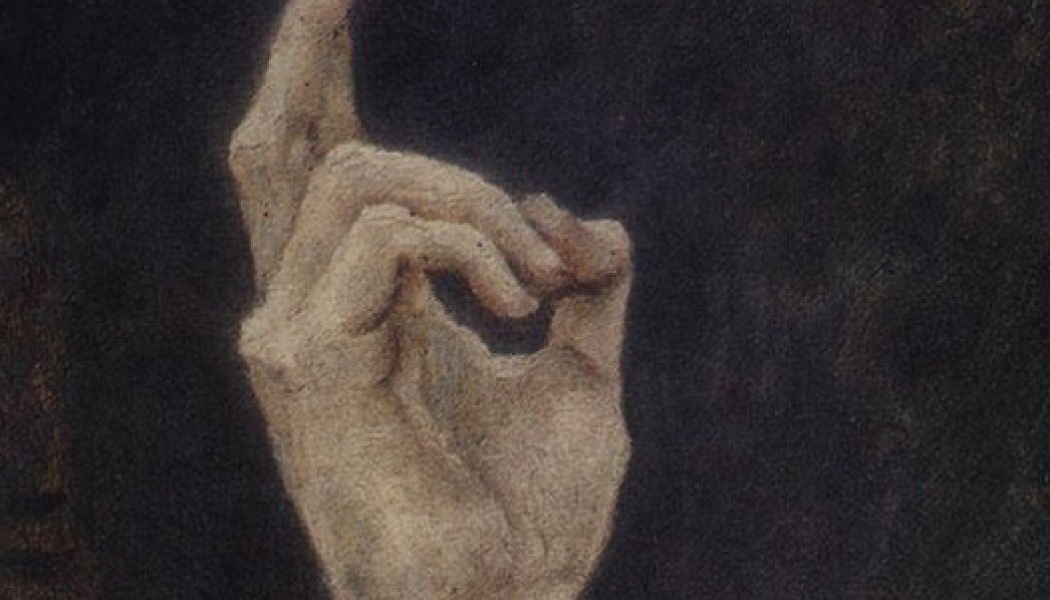 The basic facts are clear and powerful: A member of of the UK Parliament is stabbed to death by a terrorist during an open, low-security town-hall meeting with citizens in Essex.

It also appears that religion is part of this story.

The key question, apparently, was whether to mention that Conservative MP David Amess was Catholic. This created the following equation — the more “Catholic” details, the more “conservative” the story. This is especially true about a poignant, and some would say outrageous, fact about police actions that prevented a priest from being able to say Last Rites for the victim. Hold that thought.

Believe it or not, it was possible to find a faith-free version of this story, as in this report from ABC News. Then there was this watered-down fact paragraph way down in the Reuters report:

Amess, married with five children, was first elected to parliament to represent the town of Basildon in 1983, and then nearby Southend West in 1997. He was knighted by Queen Elizabeth for his public service in 2015.

His website listed his main interests as “animal welfare and pro-life issues”.

Then there was this chunk of background material from the BBC:

A Conservative backbencher for nearly forty years, Sir David entered Parliament in 1983 as the MP for Basildon.  He held the seat in 1992, but switched to nearby Southend West at the 1997 election.

Raised as a Roman Catholic, he was known politically as a social conservative and as a prominent campaigner against abortion and on animal welfare issues. He was also known for his championing of Southend, including a long-running campaign to win city status for the town.

Wait — he was “raised” as a Catholic?

The implication is that he left the faith, which is interesting since the very next lines in this BBC report stated:

Father Jeff Woolnough, parish priest at nearby St Peter’s Catholic Church, told the BBC: “Sir David was a great, great man, a good Catholic and a friend to all.

If you were looking for a few more details about this man, you could find them — if you dug way down into the next — in this New York Times report. The key to his work, you see, was his strong support for Brexit. But, finally, there is this:

A father of five, Mr. Amess first entered Parliament in 1983, when Margaret Thatcher led the Conservative Party. He initially represented the seat of Basildon in Essex, where his election consolidated a groundswell of support for the Conservatives in that area. He switched constituencies to Southend West in 1997, a seat that he held in every subsequent general election.

A Roman Catholic who campaigned against abortion, Mr. Amess was a social conservative and a staunch supporter of the British monarchy.

Members of the community gathered in a Catholic church on Friday evening where a Mass was said for Mr. Amess. By then, a small memorial for Mr. Amess had taken shape on the street that passes the church where he was attacked.

There are all kinds of details in the Daily Mail report, but that’s logical — since that’s a conservative newsroom. Ditto for this long National Catholic Register story.

But here is the big question for me, after collecting news URLs over the weekend about this tragedy: When were the following details available and, once they were on the record, was this a valid news story in its own right?

Here’s the Daily Mail headline: “Police ‘prevented Catholic priest from giving murdered Tory MP Sir David Amess his last rites as he lay dying after being stabbed‘.” And here is the overture:

A Roman Catholic priest has accused police of preventing him from giving Conservative MP Sir David Amess his last rites as he lay dying in his Essex constituency.

Father Jeffrey Woolnough arrived at the police cordon stretching across tree-lined Eastwood Road North in Leigh-on-Sea, offering to administer the last rites to the devout Catholic, 69, on Friday afternoon after he was allegedly stabbed multiple times by a suspected terrorist.

But he told the Mail: ‘The officers said that because it was a crime scene, and also the nature of the scene, it just wasn’t possible.’

The official response from authorities is that this decision was simply business as usual. Here is a piece of that:

A spokesman for Essex Police, which responded to reports of the initial incident before Scotland Yard launched an investigation, told MailOnline that a cordon was put in place ‘to secure and prevent contamination of the area’.

‘As with any police incident, it is of the utmost importance that we preserve the integrity of a crime scene and allow emergency services to tend to those in need,’ the force said in a statement.

‘A cordon is put in place to secure and prevent contamination of the area. Access into a scene is at the discretion of the investigating officers. This is a fundamental part of any investigation to ensure the best possible chance of securing justice for any victim and their family. …’

Let’s see if I got that right: It is now official policy that priests — who say Last Rites under many, many tragic and complex situations — are not allowed to minister to Catholics as they die, when the victim is in a crime scene or is in need of urgent medical care?

Since when? I would imagine that — in a sinful, fallen world — this is a situation that takes place several times a year, with with murders and other kinds of medical emergencies. I’d be stunned if, with a bit of research, reporters could find details of how priests are trained to handle these kinds of situations.

You can get a sense of that, in this BBC follow-up report:

Fr Jeffrey Woolnough said he rushed to Belfairs Methodist Church on Friday when he heard the MP — a devout Catholic — had been stabbed.

He said he asked a police officer if he could deliver the sacrament but was unable to enter as it was crime scene. He added he respected the police’s decision and an officer had asked colleagues if he could go inside. Instead, he prayed the rosary outside the police cordon with a fellow parishioner.

Fr Woolnough is the parish priest at St. Peter’s Catholic Church, Eastwood, Southend, close to where Sir David was killed.

“A Catholic when they’re dying would want a priest there, and for reasons that only the police know, I was not allowed in,” he told the PA news agency. “I got my clerics on, and got the holy oils, sort of expecting that I might be allowed on the crime scene to administer the oil of the sick,” he said.

In other words, the priest knew that this was a crime scene. He also knew there was a chance that Amess was dying. The priest knew what he was supposed to do.

Maybe journalists could ask this question: What made this case different?

Also, the Last Rites angle of this story has received quite a bit of coverage in England. Would American readers be interested in that detail?