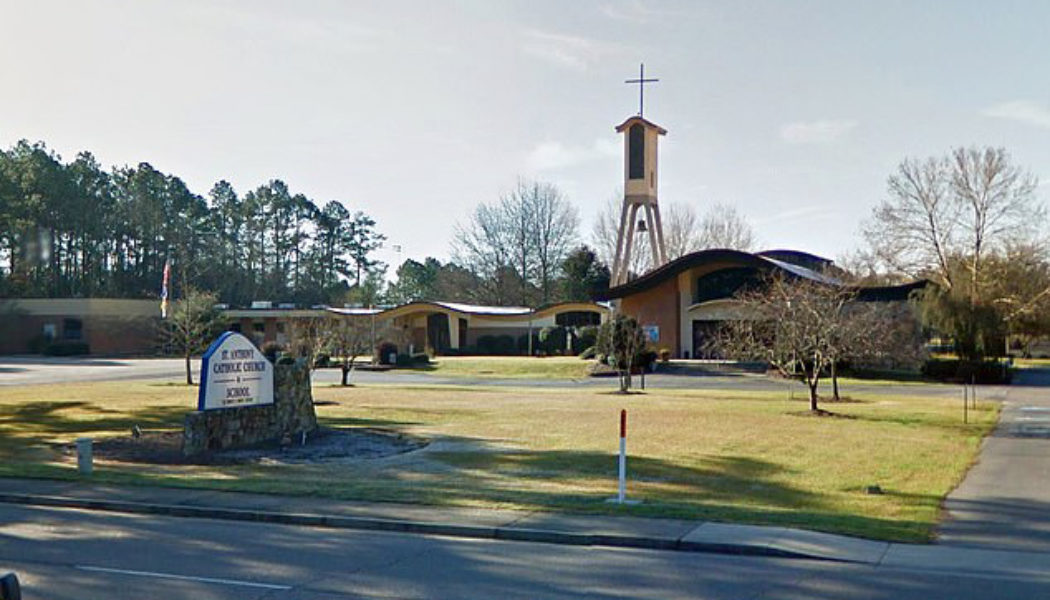 Just after 9 a.m. on a Sunday in October 2019, Biden walked into St. Anthony Catholic Church in Florence, S.C. He had his last campaign event of the weekend later that morning, a visit to a Baptist church 30 miles up the road, and he wanted to stop for Mass.

The Rev. Robert Morey was waiting for him.

As first reported in the Wall Street Journal, Morey made a point of switching communion lines to come face-to-face with Biden when the presidential candidate arrived at the front of the church.

There are several ways to deny someone communion. A bishop or priest can do it in advance, quietly pulling someone aside in a church. They can do it in a letter, like the one a state senator in New Mexico received from his pastor in July, warning him that a vote in favor of a bill to protect abortion access “would constitute a grave moral evil and that he should not present himself for communion,” per a statement from the Las Cruces Diocese. Sometimes, it happens in church, when someone is disorderly. Sometimes, “it’s obvious from their behavior that they’re not Catholic and they’ve never done this before,” Bishop Stowe told me. “We try to do it in a way that’s not embarrassing to the person. Most of us have adopted a gesture where we would just give somebody a blessing instead.”

Morey attempted a blessing, according to the Journal, the two men appeared to exchange words and Biden left.

Campaign staffers who were in South Carolina at the time now work in the administration and were afraid to talk about Biden’s reaction to what had surely been an avoidable confrontation. The story leaked quickly in the local paper, the Morning News, with confirmation from the priest himself. “Sadly,” his statement began, “I had to refuse Holy Communion to former Vice President Joe Biden,” Morey, who is now retired, told the Morning News via email. “Holy Communion signifies we are one with God, each other and the Church. Our actions should reflect that. Any public figure who advocates for abortion places himself or herself outside of Church teaching.”

The priest in South Carolina “probably wanted to either not put the lay minister in an awkward position,” Stowe said of the person administering communion in a separate line, “or wanted to get the attention.” Archbishop John C. Wester of Santa Fe, a bishop who opposed the push to admonish pro-choice politicians for taking part in communion, said that in any situation, “to deny someone that Eucharist would mean that you’re making a judgment on a very personal level.”

Another bishop, Robert McElroy of San Diego, said he could not remember a time when he has denied someone communion.

“The issue of abortion is an enormously grave moral wound in our political life and social life — all of the bishops agree on that,” said McElroy, who said he believes that the communion debate has propelled the church further into partisanship. “The difference comes in how the bishops prioritize it. A very significant number of bishops believe that abortion is the preeminent issue.”

It was more than a little galling to many Democrats to see their manifestly faithful candidate receive a public rebuke in an election to defeat Donald Trump. The president was pro-choice for much of his life, was known to mock people for their faith, once described the practice of communion as “my little wine” and “my little cracker,” and would later in the campaign pose outside St. John’s Episcopal Church holding a Bible as he ordered the tear-gassing of people protesting for racial justice. When Trump attacked Biden’s faith during the election, he was barely coherent: “No religion, no anything, hurt the Bible, hurt God, he’s against God, he’s against guns.” Unbelievably, he didn’t seem to know enough to hit the most obvious mark: abortion.

In Biden headquarters, former campaign staffers said, the South Carolina incident was like any upset during a campaign: “We got a lot of feedback from people about what we should be doing,” said Dickson, the former national faith engagement director. But “it didn’t really change anything,” he said. “It was just something where we kind of moved on and the president continued to do what he did his whole career and be who he is.” South Carolina is heavily Baptist, and in parts of the state, one longtime Democratic operative there noted, you’ll still find people who still think Catholicism is a cult. Four months after the visit to Florence, when he won the state by 29 points, no one was talking about the Rev. Robert Morey or Joe Biden’s Catholicism.

Still, a line had been crossed — one that John Kerry had never had to confront.

Tom Vilsack, the former governor of Iowa and a lifelong Catholic now serving as Biden’s secretary of agriculture, said he has never been denied communion outright. Once, though, while campaigning with Kerry in 2004 in Dubuque, a church where they had planned to attend Mass gave them a “heads up” that communion “wasn’t going to be served.” Another time, when his wife ran for Congress in a conservative district, Iowa’s 4th, the couple stopped at a Catholic church one weekend where parishioners “literally turned their backs” on them, he said.

It was difficult, Vilsack told me, to put words to the feeling of the confrontation.

“There are two levels to it: There’s the level of potential humiliation that you may feel as people are watching. But I don’t think that that was probably as much of a concern for Joe Biden, that people would talk about it, or stare at him, or whatever.” The second level, the one that would have affected Biden, said Vilsack, was that he didn’t receive communion that day. “He didn’t have the presence that you get when you take communion as a very faithful Catholic. It’s a very personal opportunity to connect with God. It’s sort of a magic moment. I’m sure that he felt disappointed that he didn’t have that ability to have that, on that particular Sunday.”

We have suggestions for tiny gifts that can be used as stocking stuffers or to save space in a garden. Example of inserts changing colour. , home office concept and setup (in berlin).