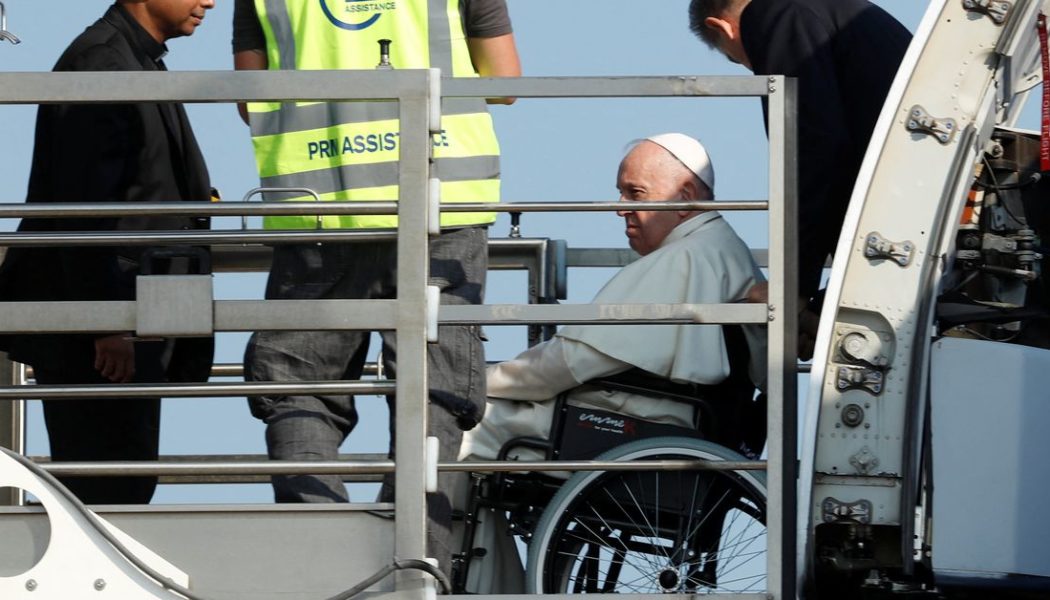 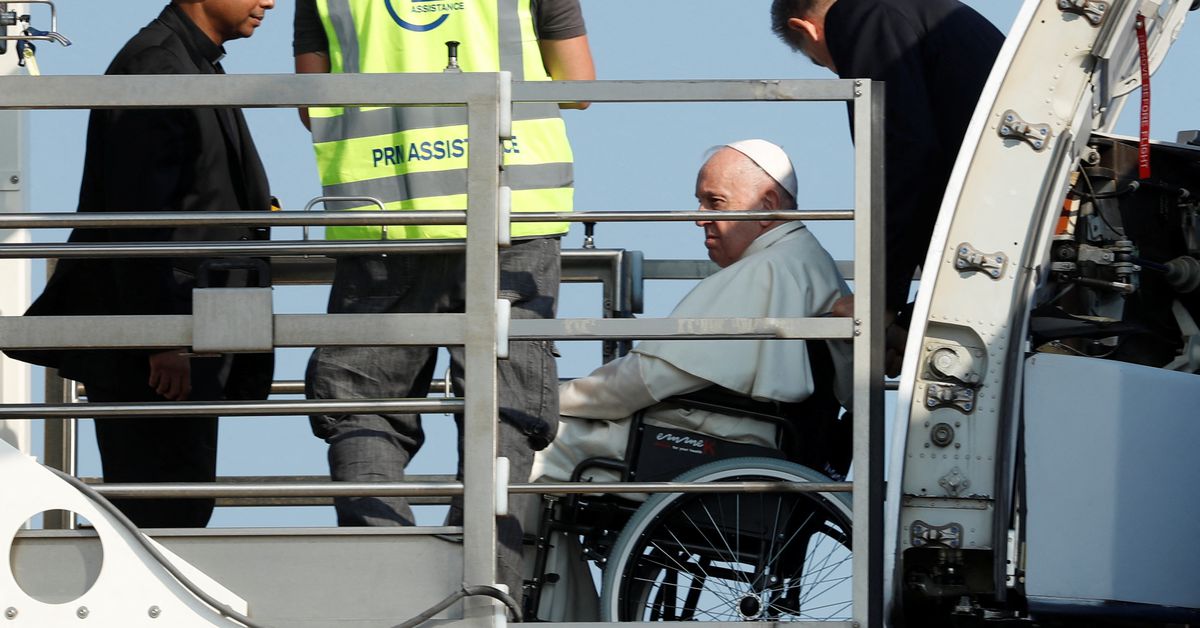 ABOARD THE PAPAL PLANE, July 24 (Reuters) – Pope Francis said on Sunday he yearned to visit Ukraine, in his efforts to try and bring an end to a five-month-old war that he has repeatedly decried.

“I have a great desire to go to Kiev,” the pope said when asked about a possible future trip to Ukraine. He was speaking on the papal plane to journalists travelling with him from Rome to Canada.

No pope has ever visited Moscow, and Francis has repeatedly condemned Russia’s invasion of Ukraine: last month he implicitly accused Moscow of waging a “cruel and senseless war of aggression”.

In an exclusive interview earlier this month, the pontiff told Reuters that he hoped to be able to go to Moscow and Kyiv soon after his trip to Canada. read more

After the interview, the Kremlin said it had not had substantive contact with the Vatican regarding a potential visit while Ukraine renewed its invitation to the pontiff.

The pope was flying on Sunday to Edmonton, capital of Alberta, at the start of a trip to Canada in which he aims to apologise for the role of the Roman Catholic Church in residential schools where many indigenous children were abused.

“This is a trip of penance. Let’s say that is its spirit,” he told reporters in his traditional comments at the beginning of the flight.

The week-long visit will include at least five encounters with native people as Francis makes good on a promise to apologise on their home territory for the Church’s role in the state-sanctioned schools, which sought to erase indigenous cultures. read more

It also will be a test of pope’s health. He had to cancel a trip to Democratic Republic of Congo and South Sudan in early July because of a knee problem that has recently forced him to use a wheel chair and a cane.

Despite his knee injury, the 85-year-old pope was in good spirits and greeted and joked with the members of the press.

Although there were initial doubts on whether he would move around through sections of the aircraft, he said “I think I can do it” and walked normally, supporting himself with a cane.