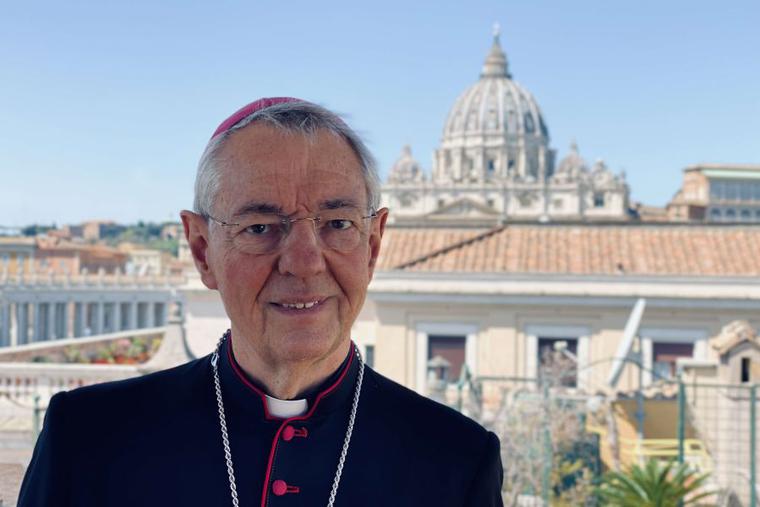 Archbishop Schick recently came under pressure for the handling of sexual abuse cases in his diocese.

Pope Francis accepted the resignation of a German archbishop on Tuesday.

Archbishop Ludwig Schick of Bamberg had been in charge of the Bavarian archdiocese since 2002.

Archbishop Schick recently came under pressure for the handling of sexual abuse cases in his diocese.

The archbishop of the diocese in Southern Germany said in a statement published Nov. 1 that he had conveyed this request “to the Pope verbally and in writing during a private audience in April of this year, explaining it thus: I have fulfilled and completed my duties in the archdiocese.”

He is not the first German archbishop to ask the Pope to accept his resignation. In 2021, Cardinal Reinhard Marx of Munich, who has come under criticism for his handling of sexual abuse cases, offered to step down. Though the Pope declined, Cardinal Marx has publicly said he may attempt to resign again.

Earlier this month, Pope Francis accepted the resignation of a 59-year-old Swiss bishop who said “inner fatigue” had made his office “unbearable” to him.

The 73-year-old was archbishop of Bamberg for 20 years. Bishops are requested under canon law to offer their resignations to the Holy Father upon turning 75 years old.

“After careful consideration and prayer, as well as many conversations with my spiritual director, I came to the conclusion in the first quarter of this year to ask the pope to release me from my duties,” Archbishop Schick said according to CNA Deutsch, CNA’s German-language news partner.

“I leave office confident,” the archbishop wrote. “The tasks of the Church, the proclamation of the Gospel, the divine services, pastoral care and charity can be fruitfully continued on a good foundation. That is my wish and my request!”

In his statement, published Tuesday, Archbishop Schick said the Vatican had informed him the publication of his dismissal would take place Nov. 1. “Until then, the decision was to be kept strictly confidential. I have strictly adhered to this,” he wrote.

Bishop Georg Bätzing, the president of the German Bishops’ Conference, thanked Archbishop Schick for his service, including his role as chairman of the Contact Group of the German and Polish bishops’ conferences.