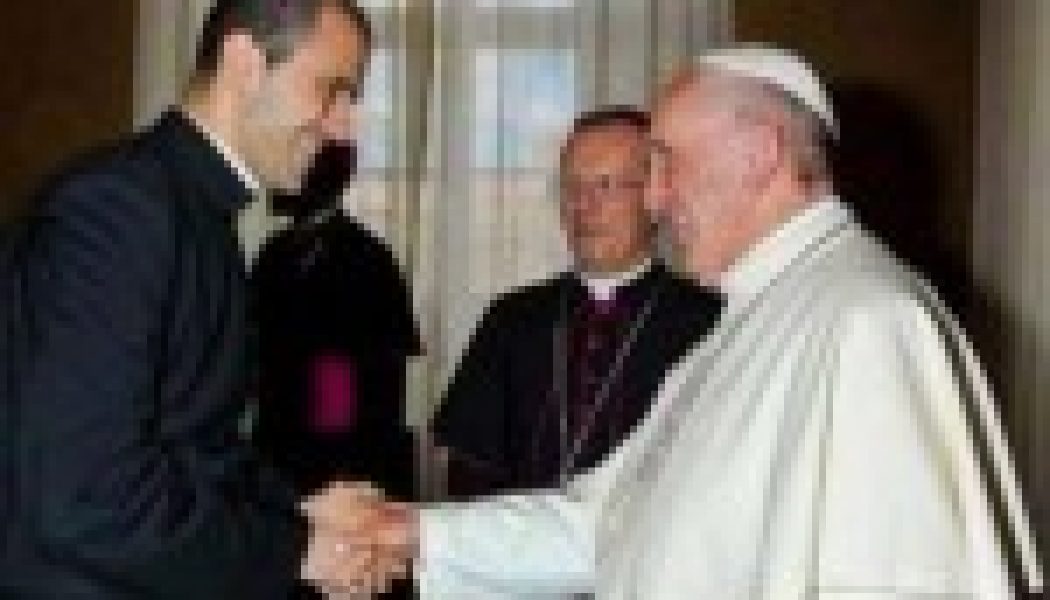 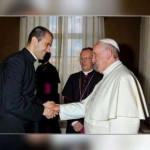 Why does Pope Francis feel the need to replace all the members of his private secretariat? At first, Fabián Pedacchio Leániz, who served as Pope Francis’ first secretary since the beginning of the pontificate, left the office at the beginning of the year. Pedacchio had been an official at the Congregation for Bishops since 2007, when then Cardinal Bergoglio sent him to Rome.

Last week monsignor Yoannis Lahzi Gaid, Pope Francis’s second secretary, left the office, too. An Egyptian coming from the Vatican diplomatic service, Gaid also worked in Islamic–Christian relations and is now a member of the Higher Committee for Human Fraternity, born after the Abu Dhabi declaration.

Pope Francis has thus dismantled his team. Monsignor Pedacchio was replaced by Fr. Gonzalo Aemilius, an Uruguayan priest coming from a wealthy family who distinguished himself for his work with street boys. Aemilius moved to Rome a couple of years ago, and Pope Francis entrusted him with the spiritual care of Santa Marta dispensary, one of the charitable activities within the Vatican.

Monsignor Gaid was replaced as second secretary by Fr. Fabio Salerno, an official of the Secretariat of State who previously served in the nunciature to Indonesia and to the mission at the Council of Europe. He never worked with Pope Francis, nor as a secretary. But, at least, he knows something of the Vatican institution.

Although it is not a Curia office, Pope Francis wanted to apply to his secretaries the rule that in the Vatican, every position has a five-year mandate, renewable only one time. This rule is part of the Curia reform now under discussion. The Pope applied this still non-written law to his secretariat, although quite freely: monsignor Pedacchio stayed for seven years, while monsignor Gaid served the Pope for six years. Monsignor Gaid was scheduled to leave last year, and Pope Francis kept him one more year.

Pope Francis thus treated the personal secretariat as any other Curia office. It is yet to be assessed whether this change will be included in the Praedicate Evangelium, the Apostolic Constitution that will reform the Roman Curia.

The final composition of the new secretariat is also food for thought. Both monsignor Pedacchio and Gaid were long-term Vatican officials. Pedacchio has served in the Congregation for Bishops, while monsignor Gaid comes from the Vatican diplomatic service.

Fr. Aemilius, the new secretary, has no Vatican experience. One could counter that neither Dziwisz or Gaewnswein came from the Vatican ranks. A second secretary with Vatican experience helped them both with its language and ways.

Pope Francis made the decision to follow the same rationale – a non Vatican personal secretary, whom he already knows, plus a Vatican official – but his way. He took a young man from the Vatican diplomatic service. Fr. Salerno will have to learn the tasks of being the Pope’s secretary, while the first secretary is still learning how to navigate in new waters.

Indeed, Pope Francis does not use his secretariat that much. He prefers to manage his meetings. He has a public appointment book, and a personal one that nobody sees. The Pope wants no filters: he meets whomever he wants, whenever he wants, however he wants.

Will Pope Francis keep on acting this way?

Pope Francis’ modus operandi even put at risk the Prefecture of the Pontifical Household. The shutdown of the Prefecture was widely rumored. It never happened.

According to the anti-Prefecture adherents, Pope Francis’ state meetings could be organized by the Secretariat of State office of protocol. At the same time, the same personal secretariat of the Pope could handle all the rest.

Pope Francis seems not to like any institutional constraints. Yet every office within the Apostolic Palace has a history and a meaning, as does every protocol arrangement.

It is often said that Pope Francis stands against the notion of a “Renaissance court.” The Vatican court was born to assist the Pope in his job, provide the Pope with the needed filter to understand issues, and help him in government. Pope Francis often talked about the maladies you can acquire while working in the Curia and warned against self-referentiality.

In the end, the Pope thinks that the positions generate careerism and so must be limited. No one seems to acknowledge that some officials may work better when they stay longer in their posts because time helps assimilate history, tradition, and modus operandi.

The dismantling of the Pope’s secretariat leads to a world where the very language of the Vatican is at stake. This will bear heavily in the future. How will a Pope be able to give his secretariat more importance without giving the impression of re-establishing a court? How will a Pope with a greater appreciation for the institution’s symbols be able to use them without being attacked as a traditionalist?

The appointment of the new secretary says that Pope Francis is keeping some of the legacy of the institutional thinking, disappointing those who are expecting a revolution. However, the Pope can always break with precedent with his acts. The future appointments must be carefully analyzed.