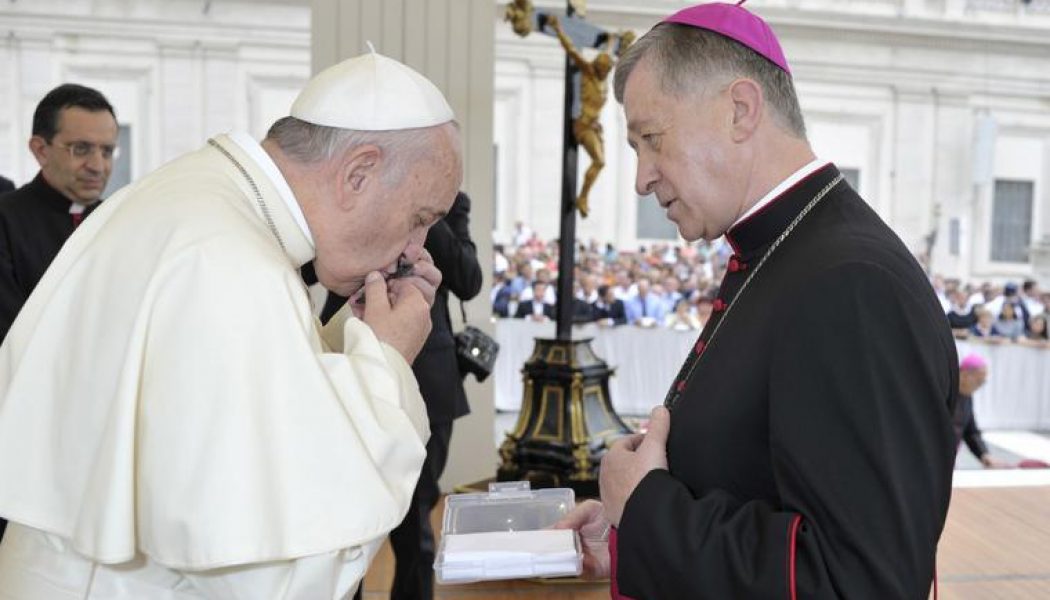 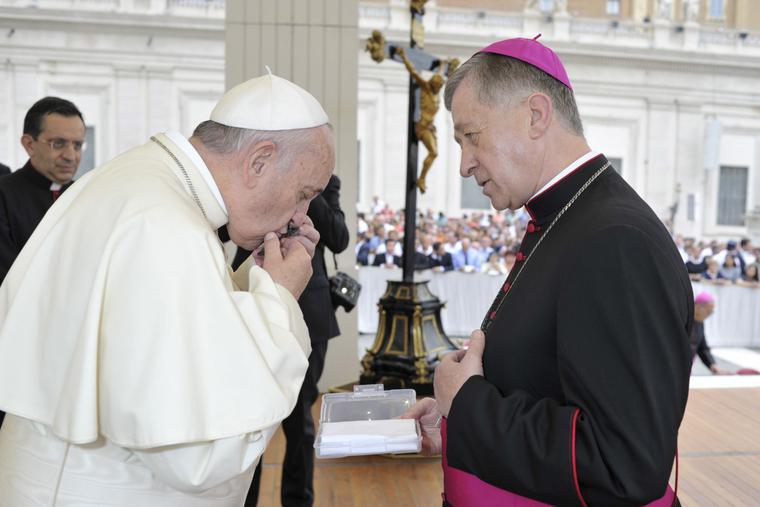 VATICAN CITY — On January 30, Pope Francis met with Cardinal Blase Cupich, Archbishop of Chicago, who was in Rome for a meeting of the Vatican’s Congregation for Bishops.

The Holy See Press Office did not release any information on the meeting other than that it took place, and much of the press speculated that the meeting was probably to discuss what happened 10 days before, when the cardinal publicly criticized the U.S. bishops’ official statement on the inauguration of President Joe Biden.

But sources in Rome who spoke to CNA on background said that Cardinal Cupich met the pope not to speak of what happened in the recent past, but what may happen in the near future: Cardinal Blase Cupich replacing Cardinal Marc Ouellet as prefect of the Congregation for Bishops.

According to one source, Pope Francis was “seriously considering making a surprise appointment, a bishop from the peripheries” to replace Cardinal Ouellet, one of the several heads of Vatican dicasteries that have reached retirement age.

The same source said the most likely candidate was Bishop Robert Francis Prevost, a Chicago-born Augustinian missionary of French and Spanish descent, who spent a significant amount of his pastoral life in the Northern Peruvian Andes before being appointed Bishop of Chiclayo, Peru by Pope Francis in 2015. Pope Francis also made Prevost one of the few non-Cardinal members of the Congregation for Bishops in November 2020.

But, according to the source, the pope has started to lean more toward Cardinal Cupich because of his higher profile and “the message that his appointment would deliver regarding the type of bishops he wants for the Church.”

The primary responsibility of the Congregation for Bishops is overseeing the selection and appointment of bishops. It also deals with the erection and suppression of dioceses, oversight of bishops, and the preparation for and response to bishops’ ad limina visits to Rome.

The prefect of the Congregation for Bishops does not have unlimited power in bishop appointments. Rather, the process of appointing a bishop typically begins with a series of consultations at the local level, followed by recommendations made by the Apostolic Nuncio. Then a dossier is prepared, usually by dicastery officials, and discussed among all the members of the dicastery, with the prefect presiding. The process can go back to the Apostolic Nuncio if a suitable candidate is not found. Finally, a name or names are proposed to the Holy Father, who appoints the future bishop.

But the prefect of the congregation does have significant influence, one source stressed to CNA.

“The Prefect of the Congregation for Bishops not only has a significant role in the process (of appointing a bishop,) but also is one of the few members of the Roman Curia that meets with the Holy Father regularly, almost every Saturday,” the source noted.

Cardinal Ouellet, who was previously Archbishop of Quebec, is a prelate with a significant ecclesiastic resume. A member of the Society of the Priests of Saint Sulpice (Sulpicians), he was a theology professor, a missionary in Colombia, and secretary of the Pontifical Council for Promoting Christian Unity before being appointed Archbishop of Quebec -and thus Primate of Canada- by Pope John Paul II in 2002.

Cardinal Ouellet was appointed prefect of the Congregation for Bishops by Pope Benedict XVI in 2010. As prefect of the congregation, he automatically became president of the Pontifical Commission for Latin America. The Canadian cardinal, who speaks fluent English, Spanish, French and Italian, reached the traditional retirement age of 75 in June 2020.

A priest incardinated in his native Archdiocese of Omaha, Nebraska, Blase Cupich was appointed to succeed Bishop Charles Chaput in leading the Diocese of Rapid City, South Dakota, by Pope John Paul II in 1998.

In 2010, Pope Benedict XVI appointed him bishop of Spokane. In 2014, Pope Francis accepted the resignation of Cardinal Francis George as Archbishop of Chicago and named Cardinal Cupich as his successor.

Cardinal Cupich’s episcopal career has not been without controversy. In Rapid City, before Pope Benedict XVI’s 2007 motu proprio Summorum Pontificum liberalized priests’ ability to celebrate the Traditional Latin Mass, he prohibited children from being confirmed for receiving First Communion at such a Mass. He also prohibited a Traditional Latin Mass community from celebrating the Paschal Triduum according to the 1962 missal.

In Spokane in 2011, Cardinal Cupich told priests and seminarians in his diocese to refrain from participating in demonstrations in front of Planned Parenthood clinics or supporting “40 Days for Life.” In response to a pro-life uproar, the diocese issued a statement clarifying that “the Bishop recognizes that a given priest in good conscience may feel the need to participate in the vigils and he should never be forced to go against a good and informed conscience. The Bishop only asked that all priests prayerfully reflect on what he has told them, commit themselves to making teaching effectively their first priority and keep in mind the irreplaceable power of the witness of their unity with each other.”

It is still unknown how the then-Bishop of Spokane got the attention of Pope Francis, but the pope made his support for Cardinal Cupich evident rather quickly.

In 2015, he named Cardinal Cupich to participate in the Synod of Bishops after he had failed to be elected to the synod by the U.S. Conference of Catholic Bishops (USCCB.) At the synod, he supported the controversial proposal of granting access to Holy Communion, in limited circumstances, to the divorced-and-civilly-remarried. Following the synod, Pope Francis’ apostolic exhortation Amoris Laetitia drew criticism and confusion over what was perceived as lack of clarity on the issue.

In 2016, Pope Francis named him a member of the Congregation for Bishops, an appointment that was viewed as a move to replace Cardinal Raymond Burke, whose membership at the dicastery was not renewed.

Later that year, Cardinal Cupich was made a cardinal. Immediately after his elevation, the pope tasked him with several missions, openly expressing his support for him and his theological and pastoral positions. Cardinal Cupich was particularly asked to spearhead the defense and promotion of the apostolic exhortation Amoris Laetitia in the United States.

His popularity with Pope Francis, however, was never reflected inside the U.S. Conference of Catholic Bishops, where he has served on several committees, but has been systematically defeated in every major election or proposal.

According to the sources consulted by CNA, if Cardinal Cupich indeed ends up leading the Congregation of Bishops, Bishop Robert McElroy of San Diego, who will turn 67 on February 5, is the most likely candidate to become his successor in Chicago.