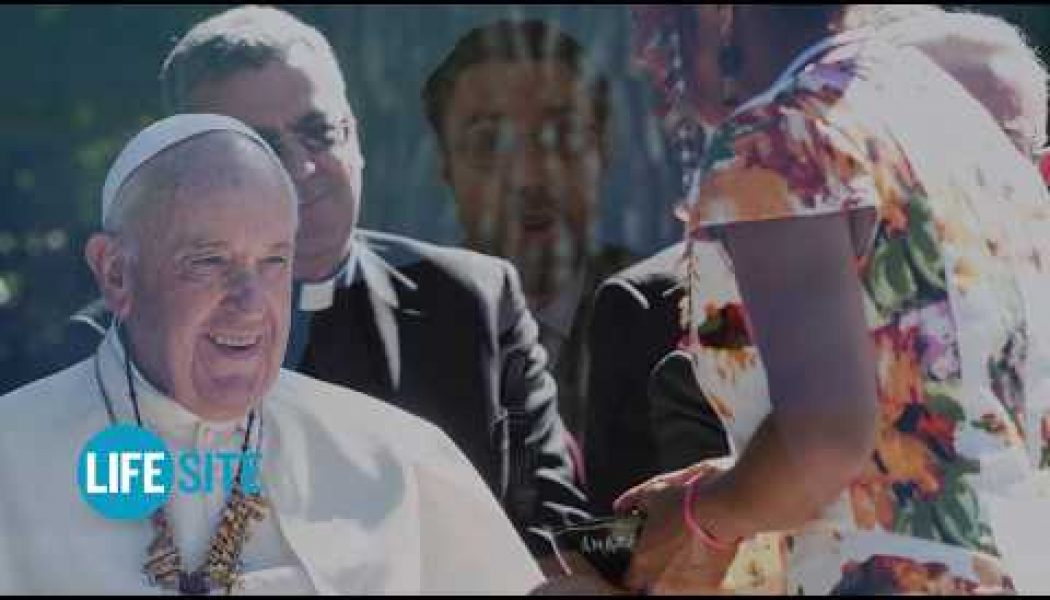 How progressive is Pope Francis? Not as much as many may think.

In a surprise move, Francis rejected a proposal on Wednesday that had called for married men in remote areas of the Amazon to serve as priests, a decision widely seen as a victory for conservative Catholics who feared such an exception would eventually lift the celibacy requirement of clergy around the world.

The pope, the first ever from Latin America, also rejected a proposal that would have allowed women to serve as deacons, an even more momentous change within the church’s traditionally male hierarchy. Press reports consistently failed to note that female deacons in altar ministry would have had a bigger impact on Catholic doctrine than ordaining married men.

The pope’s rejection of an Amazonian rite came three months after bishops at the controversial Pan-Amazonian Synod had made several recommendations to the pontiff. The big change would have included allowing community elders to perform Mass and other duties of ordained celibate Catholic clergy in order to deal with the shortage of Roman Catholic priests in South America.

In Francis, progressives have (or thought they had) their man — someone who says he’s unafraid to tinker with church tradition. This passage, high in the New York Times coverage, sums up their disappointment in this decision:

The pope’s supporters had hoped for revolutionary change. The decision, coming seven years into his papacy, raised the question of whether Francis’ promotion of discussing once-taboo issues is resulting in a pontificate that is largely talk. His closest advisers have already acknowledged that the pope’s impact has waned on the global stage, especially on core issues like immigration and the environment. …

The pope’s refusal to allow married priests was likely to delight conservatives, many of whom have come to see Francis and his emphasis on a more pastoral and inclusive church as a grave threat to the rules, orthodoxy and traditions of the faith.

The papacy of Francis has frequently drawn the ire of conservative Catholics, many of them living in the United States and parts of Europe — so they were anxiously awaiting this statement from Rome. After all, the Pan-Amazonian synod, a three-week meeting at the Vatican, was fraught with controversy. The inclusion of Pachamama statues during Synod rites — and a symbolic offering to this Andean fertility goddess on the altar during the final Mass — angered traditionalists. At one point, a conservative activist tossed the statues into Rome’s Tiber River that runs near the Vatican.

Indeed, the potential decision to loosen the 1,000-year Roman rite in any way would have further divided conservative and progressive factions within the global church. Progressives had pushed for the change, an example of how the church can change with the times and show flexibility in order to serve Catholics better.

Catholic traditionalists, on the other hand, were afraid this could have opened the door for other changes they deemed radical by tossing aside centuries of church teachings and traditions. Instead, Francis surprised everyone. In rejecting the proposal. This sent a signal that he wants to unify Catholics and not divide them.

These divisions had, in part, been fueled by Francis’ own rhetoric regarding some church teachings over the last seven years of his papacy. Experts were widely quoted over the last few months pointing to the very real possibility that Francis would approve the recommendations. By rejecting the proposal, Francis is saying that he wants his papacy to be less about making changes and more about refocusing efforts on issues such as helping the poor.

Lifting the celibacy requirement had also divided the church further after Pope Emeritus Benedict XVI had also chimed in, saying he did not support such a decision. What Francis did call Catholics to do is pray for more priestly vocations and support the work of more missionaries to the region.