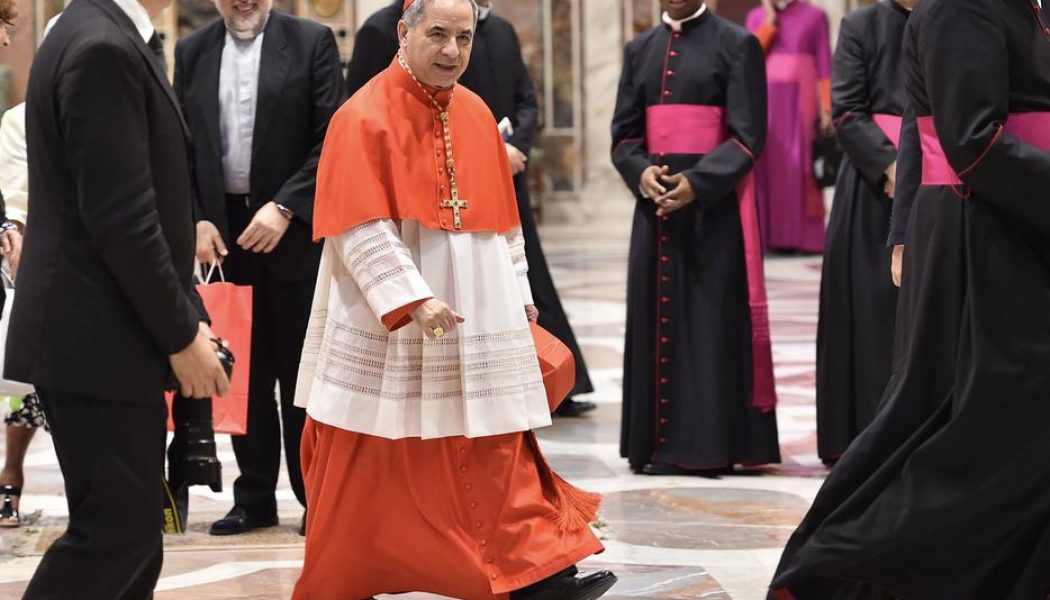 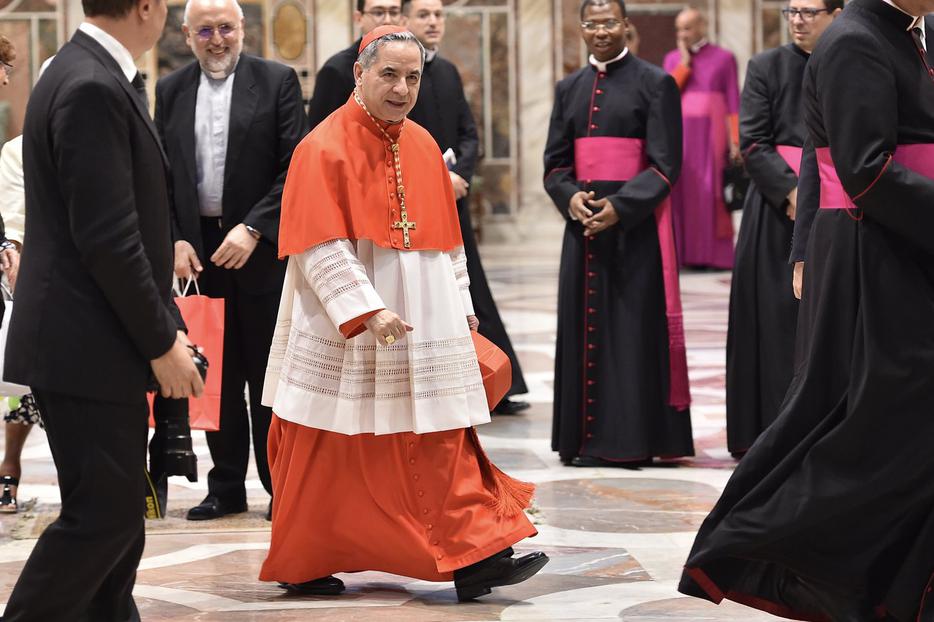 VATICAN CITY — Pope Francis today received in private audience the apostolic nuncio to Australia amid allegations that hundreds of thousands of euros were sent from the Secretariat of State to the nunciature in Canberra around the time of Cardinal George Pell’s trial for sexual abuse.

Vatican sources have told the Register that the Pope summoned Filipino Archbishop Adolfo Tito Yllana to Rome in order to learn more about what happened to the funds. The Register asked the Vatican for confirmation of the reason for the visit but has so far received no response.

The news of the meeting follows Italian media reports last week that Vatican officials had compiled a dossier allegedly showing a bank transfer of 700,000 euros — approximately $1 million Australian — that Cardinal Angelo Becciu’s department had sent to an “Australian account” in 2017. Cardinal Becciù was sostituto, or deputy secretary of state, at the time.

Archbishop Yllana was appointed nuncio to Australia in 2015, succeeding Archbishop Paul Gallagher, now the Vatican’s “foreign minister.” The Register has learned that Archbishop Yllana and Cardinal Becciu are friends. Born the same year (1948), they both entered the Holy See diplomatic service within months of each other in 1984.

Pope Francis dismissed Cardinal Becciù last month as prefect of the Congregation for the Causes of Saints and removed his cardinalatial rights, but no official reason has been given. The Sardinian prelate told reporters he had been accused of embezzlement and favoring his brothers — claims he called “all a misunderstanding.”

But since then allegations of the bank transfer to Australia have emerged pointing to the possibility that funds were used to bribe false witnesses in the 2018 trial of Cardinal Pell, according to an Oct. 3 article in La Repubblica.

In 2017, Cardinal Pell was prefect of the Secretariat for the Economy and leading financial reform of the Vatican but had frequently clashed with Cardinal Becciù, who was accused of obstructing Cardinal Pell’s goal of increasing financial transparency at the Holy See.

Cardinal Pell returned to Australia in July 2017 to defend himself against sexual abuse charges. He was tried, convicted and jailed in 2019 before having all charges against him quashed by Australia’s High Court earlier this year.

The UK Times said the alleged plan was to “use the money to definitively derail Cardinal Pell’s transparency program, which threatened to expose Cardinal Becciu’s allegedly corrupt management of Vatican cash.”

Cardinal Becciu firmly rejected the reports over the weekend, stating: “I categorically deny interfering in any way in the trial of Cardinal Pell.”

Cardinal Becciu’s alleged involvement apart, an anonymous Vatican source with detailed knowledge of the matter confirmed to the Register that the wired funds were off the books and so there was no obligation to report them. They were ostensibly sent to the apostolic nunciature for “works to be done” that involved the “restoration of a gate.”

If that was the case, the source added, the nunciature should have the documentation, including details of how much the restoration cost and to whom the job was awarded. The sources the Register spoke to hypothesize that instead of the funds being spent, in full or in part, on construction projects, they were paid to another entity that intended to bolster the sexual abuse case against Cardinal Pell and put an end to his efforts of financial reform at the Vatican, as has been reported the Italian newspapers La Repubblica and Corriere della Sera.

More details are expected to emerge in a trial if one is held. Cardinal Pietro Parolin, the Vatican Secretary of State, told reporters in Milan on Oct. 3 that a “judicial investigation” into this and other allegations of financial corruption against Cardinal Becciù was “underway” and “will have its way.” He added: “I imagine that sooner or later the judges will make a decision on what to do, whether an indictment or dismissal.”

Cardinal Pell’s Australian lawyer, Robert Richter, called on Monday for a “proper investigation by all fiscal authorities to track the money coming to Australia.” He added: “These are serious allegations and they need to be investigated properly and independently.” Only then, he said, “will we know where it’s gone.”

Speaking to reporters on Monday, Cardinal Pell, who flew back to Rome last week, said he was “very happy to be back,” adding with a smile, “We will see if in the next few days I will see the Pope.” But on the Cardinal Becciù case, he said several times, “I do not want to say anything,” as he walked to Eucharistic adoration in the nearby church of Santo Spirito in Sassia.

The allegations of corruption against Cardinal Becciù, whether found to be true or false, have again drawn attention to the management of Church finances and a widely recognized need to improve oversight of expenditure.

“The hierarchy needs to give an accounting for what it spends,” said Opus Dei Father Robert Gahl, founding vice chairman of the Program of Church Management at the Pontifical University of the Holy Cross in Rome. “Every pastor, whether a parish priest, bishop or cardinal, ought not to have Church funds at his personal disposal. These funds are not his, they belong to the Church, and so must be countersigned — whether he is buying vestments or chartering private jets.”

Father Gahl, who is also a professor of ethics, said this is “how it’s done in the corporate world” and that “it’s simply good business practice.” In particular, he praised a recent interview given by Jesuit Father Juan Antonio Guerrero, Cardinal Pell’s successor as prefect of the Secretariat for the Economy. Father Guerrero said the “economy of the Holy See must be as transparent as a glass house” and that the faithful “have the right to know how we use our resources.”

Father Guerrero “rightly pointed out the principle” of transparency, Father Gahl said. “Just as we need to know how Peter’s Pence is used,” he added, “the faithful need to know that their donations are not going to fund false accusations against Cardinal Pell but to help the poor and to support evangelization.”