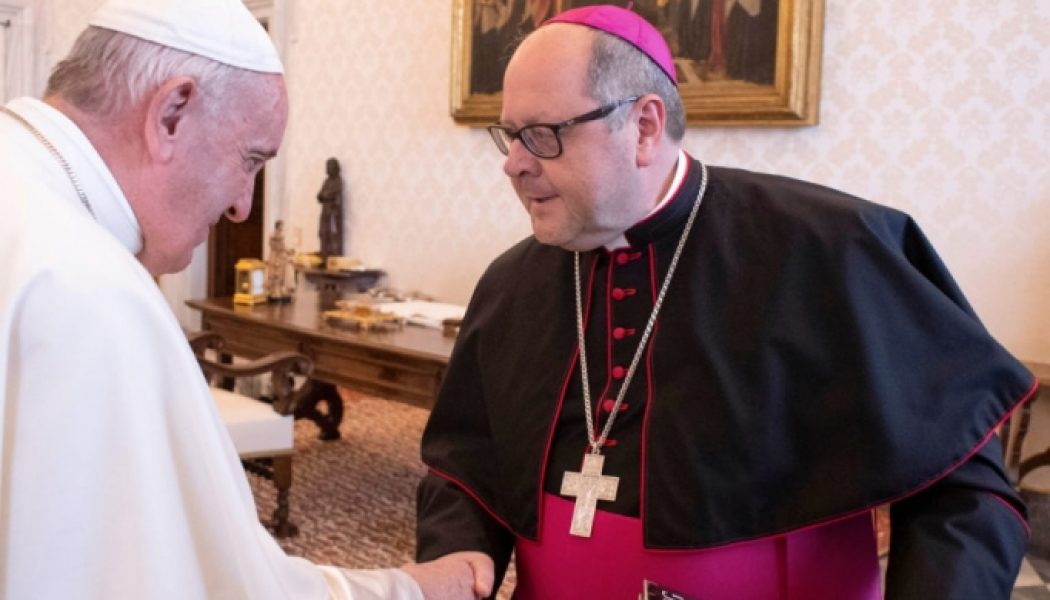 Bishop Malesic, who will turn 60 in August, has led the Diocese of Greensburg since July 2015.

In Cleveland, he fills the vacant see left by Archbishop Nelson Perez’s appointment to the Archdiocese of Philadelphia in January.

Bishop Malesic, who will turn 60 in August, has led the Diocese of Greensburg since July 2015. He holds a licentiate in canon law from the Catholic University of America in Washington, D.C.

The Greensburg diocese was among those examined in the August 2018 Pennsylvania grand jury report, which examined seven decades of sexual abuse allegations in six Pennsylvania dioceses.

In a homily played at all diocesan Masses subsequent to the report’s publication, Bishop Malesic said “the Church in the Diocese of Greensburg today has evolved far beyond the Church described in the Grand Jury report. One of the safest places to be as a young person today is the Catholic Church.”

“This is not just a convenient saying; current statistics bear this out as a fact,” he continued. “The Grand Jury report describes the Church of thirty, fifty, even more than seventy years ago. It falls far short of describing the Church we love and support. It does not paint an accurate picture of the Church in which we pray and find comfort today.”

Bishop Malesic also oversaw the release of names of priests accused of sexual misconduct in the diocese and the publication of a 17-page document apologizing for past failures by the Church to protect children, and explaining the steps the diocese has taken to prevent future abuse.

In November 2018, Bishop Malesic suffered a mild heart attack, which doctors believed to have been an isolated event, according to the diocese.

The Diocese of Cleveland serves nearly 700,000 Catholics in 185 parishes in northeast Ohio.

Bishop Malesic was born in Harrisburg, Pennsylvania, on Aug. 14, 1960. He is one of four children born to parents of German and Slovenian descent.

He studied biology at Lebanon Valley College for three years prior to entering the seminary.

He then studied at the Pontifical College Josephinum in Columbus, Ohio, where he received a bachelor’s degree in philosophy in 1983, and a master of divinity in 1987.

Bishop Malesic was ordained a priest for the Diocese of Harrisburg on May 30, 1987.

After his ordination he served in various pastoral assignments in the diocese.

Bishop Malesic was also a campus minister at York College of Pennsylvania. In 1992, he was appointed to full time campus ministry, and went on to serve for four years at Millersville University and later Franklin and Marshall College in nearby Lancaster.

In 1996, he was sent to study canon law at the Catholic University of America in Washington, D.C., where he received a licentiate.

He has served the diocesan tribunal in various capacities, such as auditor, adjutant judicial vicar, secretary for canonical services, and judicial vicar.