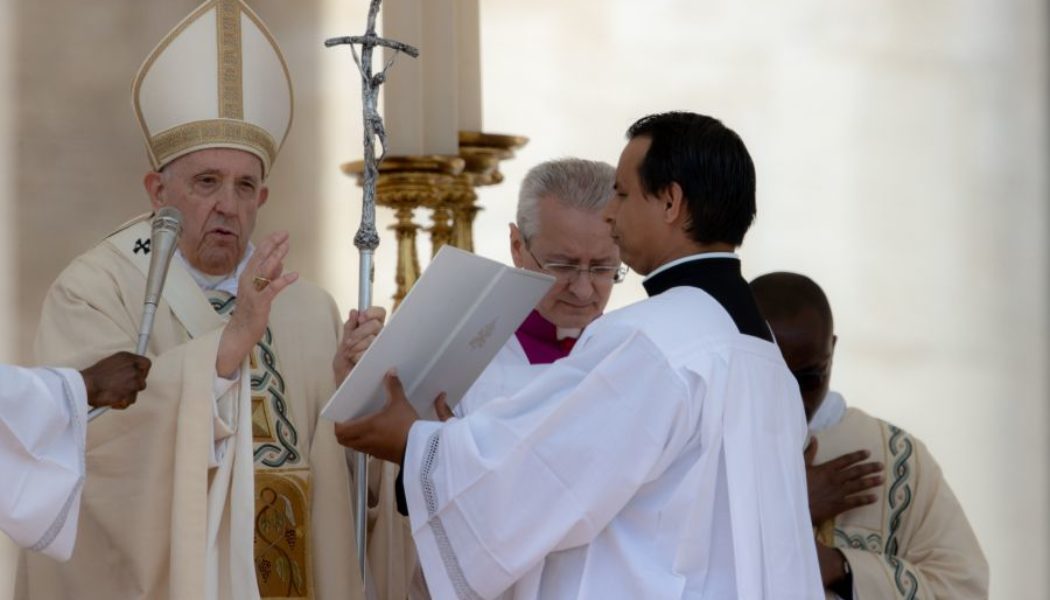 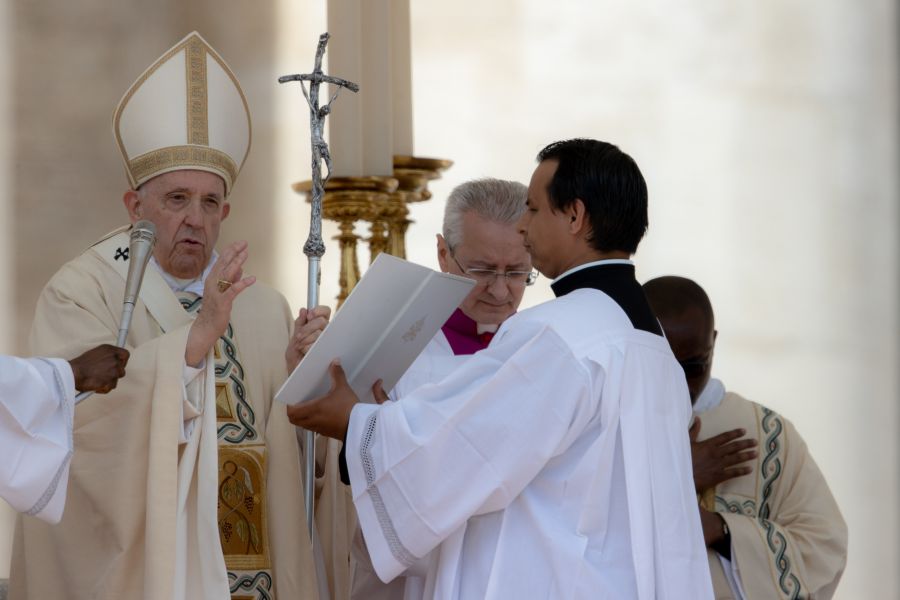 VATICAN CITY — Pope Francis published a letter on the liturgy Wednesday, nearly one year after he issued the motu proprio Traditiones custodes, restricting the celebration of the Traditional Latin Mass.

In the 15-page apostolic letter, Desiderio Desideravi, the Pope said he wanted “to invite the whole Church to rediscover, to safeguard, and to live the truth and power of the Christian celebration.”

“I want the beauty of the Christian celebration and its necessary consequences for the life of the Church not to be spoiled by a superficial and foreshortened understanding of its value or, worse yet, by its being exploited in service of some ideological vision, no matter what the hue,” he said in the document, published on June 29, the Solemnity of Saints Peter and Paul.

The title of the letter is taken from the Latin text of Luke 22:15: Desiderio desideravi hoc Pascha manducare vobiscum, antequam patiar — In English, “I have eagerly desired to eat this Passover with you before I suffer.”

Pope Francis said, after writing a letter to bishops to accompany Traditionis custodes, he wished to address all Catholics with some reflections on liturgical formation, the theological importance of the Mass, and acceptance of the liturgical documents of the Second Vatican Council.

“We owe to the Council — and to the liturgical movement that preceded it — the rediscovery of a theological understanding of the Liturgy and of its importance in the life of the Church,” Francis said.

“Let us abandon our polemics to listen together to what the Spirit is saying to the Church. Let us safeguard our communion. Let us continue to be astonished at the beauty of the Liturgy,” he urged.

He said the principles stated in Sacrosanctum Concilium, Vatican II’s constitution on the sacred liturgy, have been fundamental for the reform of the liturgy and continue to be fundamental for the promotion of its “full, conscious, active, and fruitful celebration.”

“The non-acceptance of the liturgical reform, as also a superficial understanding of it, distracts us from the obligation of finding responses to the question that I come back to repeating: how can we grow in our capacity to live in full the liturgical action? How do we continue to let ourselves be amazed at what happens in the celebration under our very eyes?” he said.

“We are in need of a serious and dynamic liturgical formation,” he underlined, noting that “it would be trivial to read the tensions, unfortunately present around the celebration, as a simple divergence between different tastes concerning a particular ritual form.”

The problem, the Pope said, is primarily ecclesiological: “I do not see how it is possible to say that one recognizes the validity of the Council — though it amazes me that a Catholic might presume not to do so — and at the same time not accept the liturgical reform born out of Sacrosanctum Concilium.”

This is why he felt the need to issue Traditionis custodes, to affirm the liturgical books promulgated by popes Paul VI and John Paul II after the Second Vatican Council as “the unique expression of the lex orandi [the law of prayer] of the Roman Rite,” he said.

In the letter, Pope Francis called for liturgical formation beyond the academic environment to be accessible to all Catholics, in order to revive a sense of wonder at the mystery of the sacrifice of the Mass.

“The full extent of our formation is our conformation to Christ,” he explained. “I repeat: it does not have to do with an abstract mental process, but with becoming Him. This is the purpose for which the Spirit is given, whose action is always and only to confect the Body of Christ.”

The Pope also spoke about the importance of an ars celebrandi, the “art of celebrating” the Mass.

“Let us be clear here: every aspect of the celebration must be carefully tended to (space, time, gestures, words, objects, vestments, song, music…) and every rubric must be observed,” he said. “Such attention would be enough to prevent robbing from the assembly what is owed to it; namely, the paschal mystery celebrated according to the ritual that the Church sets down.”

“But,” he continued, “even if the quality and the proper action of the celebration were guaranteed, that would not be enough to make our participation full.”

Liturgical formation must teach people how to read and understand symbols, he said, referencing the writing of Romano Guardini, a 20th century German Catholic priest and intellectual.

“The task is not easy because modern man has become illiterate, no longer able to read symbols; it is almost as if their existence is not even suspected,” Francis said.

Francis said he has noticed that a Catholic community’s manner of living the celebration of the Mass is conditioned by the way the pastor celebrates it, and when the manner of celebration is inadequate, the “common root” is “a heightened personalism of the celebrating style which at times expresses a poorly concealed mania to be the center of attention.”

“Often this becomes more evident when our celebrations are transmitted over the air or online, something not always opportune and that needs further reflection,” he noted. “Be sure you understand me: these are not the most widespread behaviors, but still, not infrequently assemblies suffer from being thus abused.”

“The action of the celebration” of the Mass, he said, “is the place in which, by means of memorial, the Paschal Mystery is made present so that the baptized, through their participation, can experience it in their own lives.”

“Without this understanding, the celebration easily falls into a preoccupation with the exterior (more or less refined) or into a concern only for rubrics (more or less rigid),” he said.

“Christian faith is either an encounter with Him alive, or it does not exist,” he said. “Liturgy guarantees for us the possibility of such an encounter. For us a vague memory of the Last Supper would do no good. We need to be present at that Supper, to be able to hear his voice, to eat his Body and to drink his Blood. We need Him.”