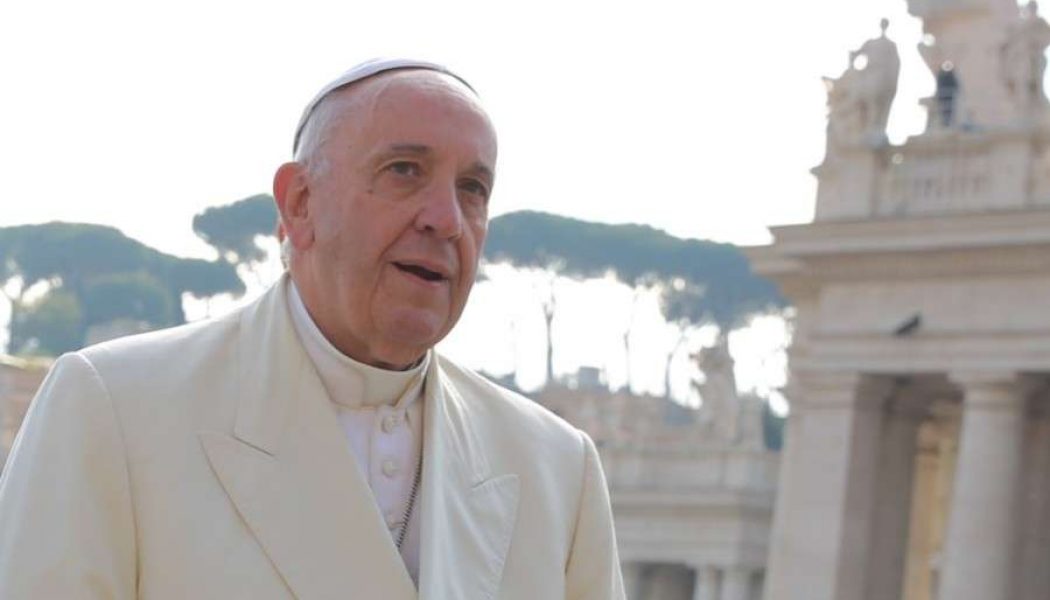 Vatican City, Sep 1, 2020 / 04:40 am MT (CNA).- Pope Francis released a message Tuesday for the World Day of Prayer for the Care of Creation in which he called for repentance for humanity’s broken bonds with God’s creation and with others.

“Today we hear the voice of creation admonishing us to return to our rightful place in the natural created order — to remember that we are part of this interconnected web of life, not its masters. The disintegration of biodiversity, spiralling climate disasters, and unjust impact of the current pandemic on the poor and vulnerable: all these are a wake-up call in the face of our rampant greed and consumption,” Pope Francis wrote in the message published Sept. 1.

“For the world was made to communicate the glory of God, to help us to discover in its beauty the Lord of all, and to return to him,” the pope said.

Pope Francis suggested that the coronavirus pandemic presented a “decisive moment” for people to examine their habits of energy usage, consumption, transportation, and diet, to eliminate the superfluous and destruction aspects of our economies in favor of “life-giving ways” to trade, produce, and transport goods.

“In some ways, the current pandemic has led us to rediscover simpler and sustainable lifestyles. The crisis, in a sense, has given us a chance to develop new ways of living. Already we can see how the earth can recover if we allow it to rest: the air becomes cleaner, the waters clearer, and animals have returned to many places from where they had previously disappeared,” he said.

“Today we need to find just and sustainable ways of living that can give the Earth the rest it requires, ways that satisfy everyone with a sufficiency, without destroying the ecosystems that sustain us.”

The World Day of Prayer for the Care of Creation was established following the publication of the encyclical Laudato si’ in 2015. Pope Francis said in his 2020 message that the period from Sept. 1 to Oct. 4 — the feast day of St. Francis of Assisi — is being celebrated as a “Season of Creation.”

As part of the “Season of Creation,” online webinar discussions will be held throughout September focused on sustainable development in different regions of the world. Live translation will be provided.

The pope added that he was pleased to learn that the theme for this year’s “Season of Creation” is “Jubilee for the Earth,” because a jubilee is a time to “remember, return, rest, restore, and rejoice.”

“A Jubilee is a time to return to God our loving Creator. We cannot live in harmony with creation if we are not at peace with the Creator who is the source and origin of all things. As Pope Benedict observed, ‘the brutal consumption of creation begins where God is missing, where matter has become simply material for us, where we ourselves are the ultimate measure, where everything is simply our property,’” he said.

Pope Francis pointed to specific steps that countries can take to care for creation. These included biodiversity restoration, protection of indigenous communities, and reducing emissions.

“Climate restoration is of utmost importance, since we are in the midst of a climate emergency. We are running out of time, as our children and young people have reminded us. We need to do everything in our capacity to limit global average temperature rise under the threshold of 1.5°C enshrined in the Paris Climate Agreement, for going beyond that will prove catastrophic, especially for poor communities around the world,” he said.

“We need to stand up for intra-generational and inter-generational solidarity at this critical moment. I invite all nations to adopt more ambitious national targets to reduce emissions, in preparation for the important Climate Summit (COP 26) in Glasgow in the United Kingdom.”

He also appealed for support of the United Nations’ call to safeguard 30% of the earth as protected habitats by 2030 to counter biodiversity loss, stating that the Summit on Biodiversity (COP 15) in Kunming, China could become “a turning point in restoring the earth to be a home of life in abundance, as willed by the Creator.”

The pope hailed initiatives of the Laudato si’ anniversary year, which began May 24. He said that this year should lead to “long-term action plans to practice integral ecology in our families, parishes and dioceses, religious orders, our schools and universities.”

“Let us all rejoice that our loving Creator sustains our humble efforts to care for the earth, which is also God’s home where his Word ‘became flesh and lived among us’ and which is constantly being renewed by the outpouring of the Holy Spirit,” he said. “Send forth your Spirit, O Lord, and renew the face of the earth.”