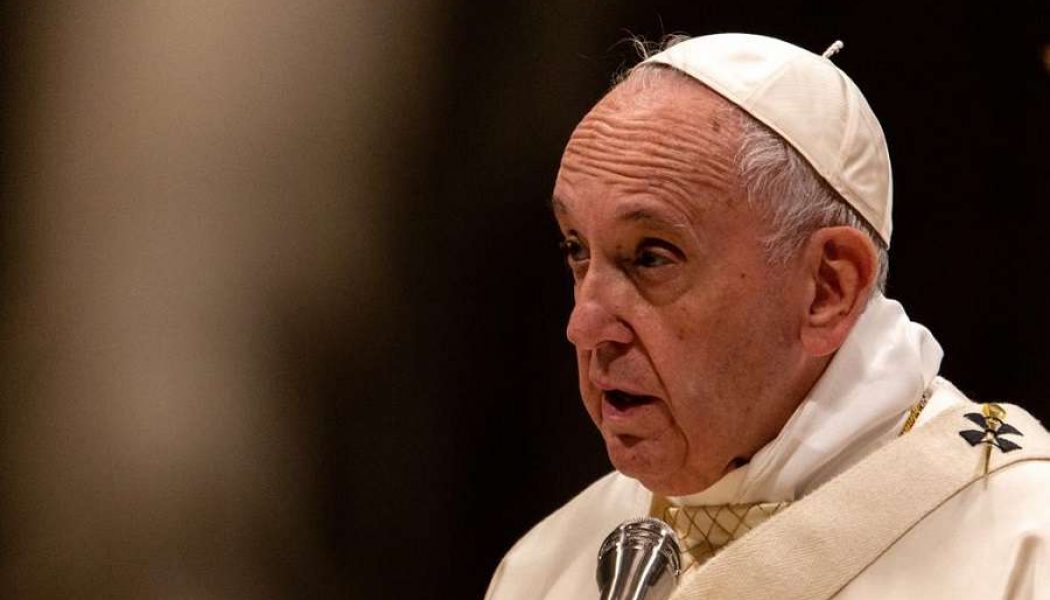 Vatican City, Feb 15, 2020 / 05:24 am (CNA).- As the Holy See awaits the results of a scheduled financial inspection, Pope Francis spoke about ongoing financial reform and investigations at the opening of the judicial year of the Vatican City State’s court, which he attended for the first time.

He said Feb. 15 the Holy See is trying to conform to international law and has put in place processes to combat “illegality in the international finance sector.”

To do this, the Vatican has put in place internal surveillance and intervention systems, which “have recently brought to light suspicious financial situations,” he stated.

Situations, which, he continued, “beyond any possible illegality, are difficult to reconcile with the nature and purposes of the Church, and which have generated disorientation and uneasiness in the community of the faithful.”

Addressing the promotor of justice, prelate auditors, officials, lawyers, and collaborators of the tribunal of Vatican City State, he said “these are events for the attention of the judiciary,” and have not yet been determined to have been criminal and therefore are not pronounced on.

Pope Francis called it “positive” that first reports of the possibly illegal activities came from internal Vatican authorities, thus demonstrating “the effectiveness and efficiency of law enforcement actions, as required by international standards.”

“The Holy See is firmly willing to continue on the path undertaken,” he said, not only with the legislative reforms in place, but with “new forms of judicial cooperation,” meeting international standards and practices.

Pope Francis’ address at the Vatican City State tribunal’s opening of the judicial year was the first of his pontificate. It has sometimes been attended by Cardinal Pietro Parolin, the secretary of state.

The tribunal is composed of three judges, a president, and a notary, each nominated by the pope.

The appointment was announced just two days after the Vatican gendarmes carried out a search on the offices of the Secretariat of State and the Financial Intelligence Authority (AIF), resulting in the suspension of five employees.

Among these five was AIF’s director, Tommaso Di Ruzza, who Pope Francis said at the end of November is still suspended, because of suspected “bad administration.”

Meanwhile, the Egmont Group, through which 164 financial intelligence authorities share information and coordinate their work, suspended the AIF in mid-November.

The suspension was followed five days later by the resignation of AIF president René Brüelhart. His replacement, Carmelo Barbagallo, was named by Pope Francis at the end of November.

Barbagallo announced Jan. 23 that the Egmont Group had revoked the suspension and the AIF could resume collaboration with foreign financial intelligence bodies.

Before being readmitted to the Egmont Group’s secure communications network, the Vatican tribunal had to guarantee the processing of confidential intelligence data that had been acquired in the course of investigations into the purchase and sale of a London property, according to ACI Stampa.

Moneyval, the Council of Europe’s anti-money laundering watchdog, is scheduled to carry out an inspection of the Vatican this spring, after the Holy See was due to send a report in December.

The inspection comes after the Vatican in 2012 agreed to comply with a set of “recommendations” from Moneyval, incorporating them into internal policies.

CNA has reported a series of allegations concerning two major Vatican investments arranged by the Secretariat of State, one of which involves the Secretariat’s purchase of a London property earmarked for development into luxury apartments.

In his speech to the tribunal Saturday, Pope Francis spoke about justice, quoting the words of Jesus in the Gospel of Matthew: “For as you judge, so will you be judged.”

“These words must not frighten us, but only spur us to do our duty with seriousness and humility,” he said.

The pope emphasized the importance of personal conversion and that justice be accompanied by the other three cardinal virtues of prudence, temperance, and fortitude.

If bad takes over the good in their interior lives, “no judicial system could save us,” he stated. “In this sense, I invite everyone to feel involved not only in an external commitment that concerns others, but also in personal work within each of us; our personal conversion.”

“This is the only justice that generates justice!”