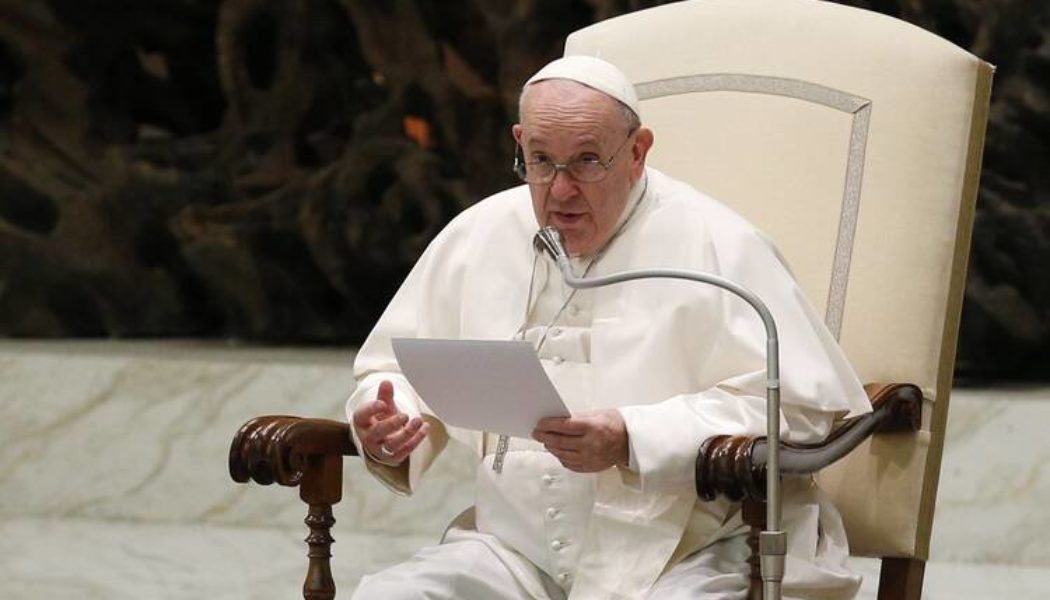 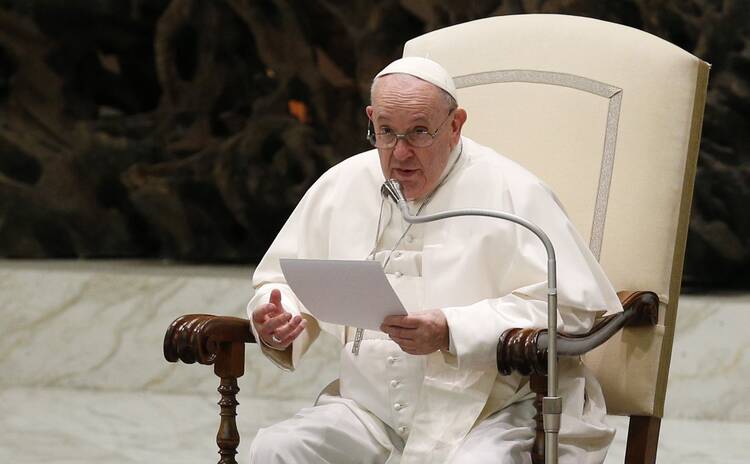 Pope Francis caused a Category 5 brouhaha on Jan. 6 during what was an otherwise thoroughly ordinary general audience at the Vatican. During the pope’s catechesis that day, which was focused on St. Joseph, Francis ranked adoptive parenthood as “among the highest forms of love.” So far, so good. But then, in an offhand comment, the pope seemed to suggest that adults who opt for pets instead of children are selfish and are part of the reason for a demographic winter in the Western world, in which pet ownership is increasing at a faster rate than childbirth.

I wrote “seemed to suggest” because what the pope said was more nuanced and, to my mind, entirely reasonable. First, as my colleagues at the “Jesuitical” podcast have pointed out, the pope was not suggesting that people who have pets and do not have children are selfish. Many childless people cannot have children, or they choose not to have children because they lack the means to care for them properly. Francis was not talking about them. The pope’s point was that people who have the means to have children and instead choose to have only pets are exhibiting what he called a “denial of fatherhood or motherhood” that “diminishes us; it takes away our humanity.”

When I glanced at the reaction these comments elicited, mainly from folks who were misinformed about what the pope said, I was inclined to think that the episode was just another intense but ultimately meaningless social media storm. But in the days since, I am beginning to think that the pope—inadvertently or otherwise—has struck a chord, maybe even more than one. For one thing, as my colleague Zac Davis remarked, “issues over childbearing are deeply personal and deeply fraught. They’re complicated, they’re messy. They involve lots of sacrifice and discernment.” That’s surely why the comments set off so many passionate reactions. (It is also why unmarried clerics are, at best, imperfect messengers regarding these matters).

Language also matters because human experience tells us that a precursor to violence often involves using language to deny that unique and God-given dignity, to reduce people to mere ideas or obstacles.

Yet it also seems that at least here in the United States, our relationships with our pets do seem to indicate a deeper social and cultural reality that we should take some time to examine honestly. It’s not an entirely new question. While touring the Mississippi delta in 1967, U.S. Senator Robert F. Kennedy told the assembled reporters that it was a moral crime that Americans should “spend $75 billion a year on armaments and $3 billion a year on dogs” when so many children were going hungry. That from a devoted dog owner.

Now that last word—owner—also seems important. When I was a boy, people “owned” a pet. The language of “adoption” and words related to parentage were mostly used in relation to people and not animals. This was a longstanding cultural-linguistic convention. On the PBS drama “Downton Abbey,” for example, the Earl of Grantham is devoted to his hunting dogs, even at times outwardly displaying greater affection toward them then he does his own family. Yet he is only referred to as the dog’s “master,” never its “father” or its “dad”—for in his world, as in ours, a man is only father to his children, biological or adopted.

Language is analogous, of course, so no one really thinks that when a man describes himself today as a “dog dad,” he is intending any kind of harm, let alone suggesting that he is the biological father of his puppy. But the present age has rightly challenged all of us to recognize the terrible power of language to demonize and dehumanize. So perhaps we should pay more attention. Doing that would not mean that our pets do not or cannot mean a great deal to us; that they cannot reveal the goodness of God’s creation to us; or, in some analogous way, even reveal God’s love to us.

But it is also vitally important to remember that pets are not human beings. That, in fact, is why the death of a beloved pet can be so traumatic, for we are mourning the absolute end of a creature. Only human beings are made in the image and likeness of the creator and can therefore hope for immortality in the classically Christian sense of the word.

Language also matters because human experience tells us that a precursor to violence often involves using language to deny that unique and God-given dignity, to reduce people to mere ideas or obstacles. What Pope Francis has called our throwaway culture has produced all kinds of ways of doing that. Language is one of them. Regrettably, that is why there is an extensive list of words that in a single utterance can reduce someone to something less than human.

To put it another way, when dogs are treated like humans, then it is often only a matter of time until humans are treated like dogs. And if you’re wondering where that might lead, then I suggest you reread any decent history of the 20th century.