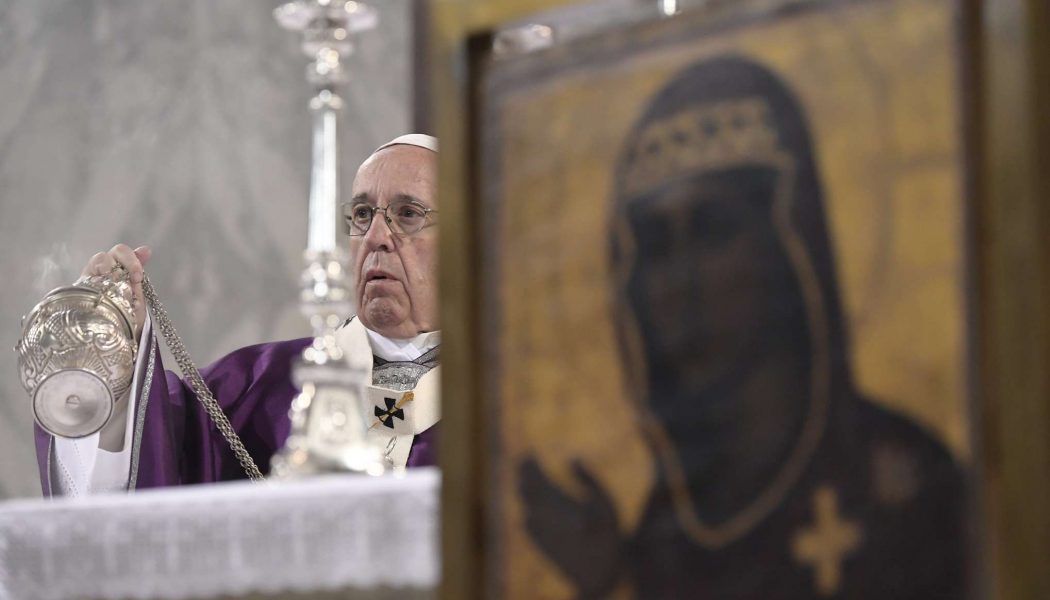 Vatican City, Mar 1, 2020 / 07:08 am (CNA).- Pope Francis said Sunday to follow Christ’s example when dealing with the temptation to sin: send the devil away or answer with the Word of God, but never engage in debate.

When being tempted by the devil in the desert, “Jesus does not talk with the devil. Jesus responds to the devil with the Word of God, not with his word,” the pope said March 1.

Francis noted that in times of temptation one may start to debate with the devil about sin.

Pope Francis’ address before the Angelus Sunday was on Jesus’ 40 days in the desert, where he goes to fast after being baptized in the Jordan River. There Jesus “prepares to begin his mission,” Francis said.

But at the end of his fasting, the devil comes and tries to tempt Jesus three times, he explained.

According to the pope, “even today Satan bursts into people’s lives to tempt them with his enticing proposals.”

“Messages come from many directions inviting [us] ‘to be tempted’ to experience the thrill of transgression,” he stated.

He explained that temptation tries to propose alternatives to God’s way, suggesting there is no problem, that God will forgive us, or that something is not a sin.

These give the feeling of self-sufficiency, that the purpose of life is its enjoyment, Francis said.

“But all this is illusory: soon we realize that the more we distance ourselves from God, the more we feel defenseless and helpless in the face of the great problems of existence.”

Pope Francis prayed that the Virgin Mary, who crushed the head of the serpent, will help everyone during Lent to “be vigilant in the face of temptations, not to submit to any idol of this world, to follow Jesus in the fight against evil.”

After praying the Angelus, the pope asked especially for prayers for the many immigrants seeking safety from war.

“I am a little saddened by the news that many displaced people arrive, many men, women, children driven away because of the war, many migrants who seek refuge in the world, and help,” he said.

“These days, it has become very strong. Let us pray for them.”

He also asked for prayers for the members of the Roman Curia who will make their annual retreat in Ariccia March 1-6.

Pope Francis, who has had a cold for several days, said he will not be joining them this year as planned, but will follow the meditations from home at the Vatican.