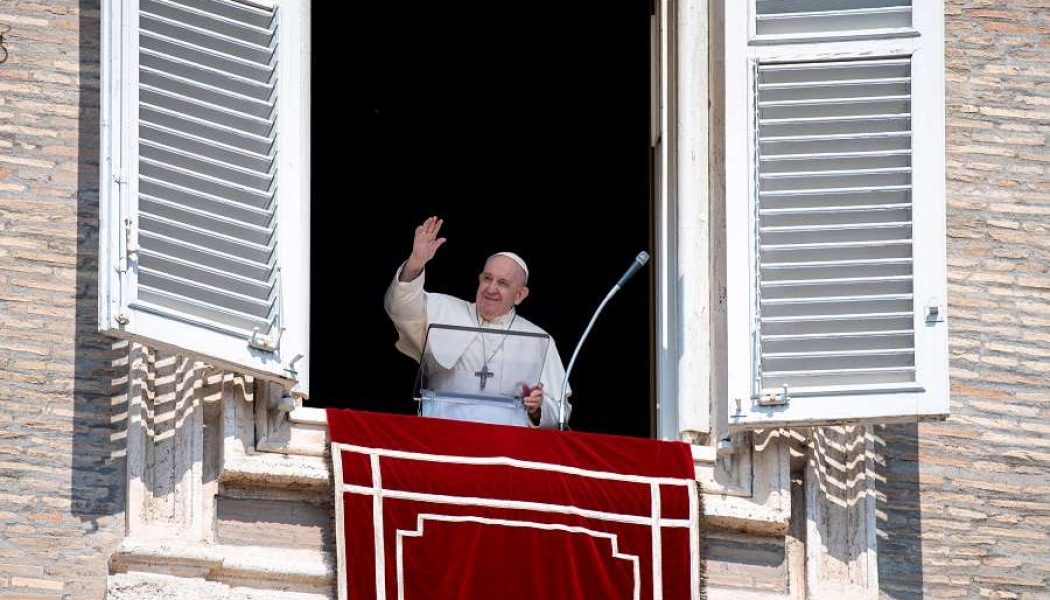 God’s “action is more than just, in the sense that it goes beyond justice and manifests itself in grace,” the pope said Sept. 20. “Everything is grace. Our salvation is grace. Our holiness is grace. By giving us grace, he gives us more than we deserve.”

Speaking from a window of the apostolic palace, Pope Francis told those gathered in St. Peter’s Square that “God always pays the maximum.”

“He does not remain in half payment. He pays everything,” he stated.

In his message, the pope reflected on the day’s Gospel reading from St. Matthew, in which Jesus tells the parable of the landowner who hires laborers to work in his vineyard.

The master hires laborers at different hours, but at the end of the day, he pays each of them the same wage, upsetting those who started working first, Francis explained.

“And here,” the pope said, “we understand that Jesus is not talking about work and just wages, which is another problem, but about the Kingdom of God and the goodness of the heavenly Father who continually comes out to invite and pays the maximum to everyone.”

In the parable, the landowner tells the unhappy laborers: “Did you not agree with me for the usual daily wage? Take what is yours and go. What if I wish to give this last one the same as you? Or am I not free to do as I wish with my own money? Are you envious because I am generous?”

Finishing the parable, Jesus told his disciples: “Thus, the last will be first, and the first will be last.”

Pope Francis explained that “whoever reasons with human logic, that is, that of merits acquired with one’s skill, is the first to find himself last.”

He pointed to the example of the Good Thief, one of the criminals crucified next to Jesus, who converted on the cross.

The Good Thief “‘stole’ heaven at the last moment of his life: this is grace, thus acts God. Even with all of us,” Francis said.

“On the other hand, those who try to think about their own merits fail; whoever humbly entrusts himself to the Father’s mercy, ultimately — like the Good Thief — finds himself first,” he said.

“May Mary Most Holy help us feel every day the joy and amazement of being called by God to work for him, in his field which is the world, in his vineyard which is the Church. And to have his love, the friendship of Jesus, as the only reward,” he prayed.

The pope said another lesson the parable teaches is the master’s attitude toward the call.

The landowner goes out five times to the square to call people to work for him. This image of an owner going out to look for workers for his vineyard “is touching,” he noted.

He explained that the “master represents God who calls everyone and always calls, at any time. God acts like this today too: he continues to call anyone, at any time, to invite them to work in his Kingdom.”

And Catholics are called to accept and imitate this, he emphasized. God is constantly searching for us “because he wants no one to be excluded from his design of love.”

This is what the Church must do, he said, “always going out; and when the Church is not going out, she falls ill with so many evils that we have in the Church.”

“And why these diseases in the Church? Because it is not going out. It is true that when one goes out there is the danger of an accident. But it is better a damaged Church going out, to proclaim the Gospel, than a Church sick from closure,” he added.

“God always goes out, because he is Father, because he loves. The Church must do the same: always going out.”