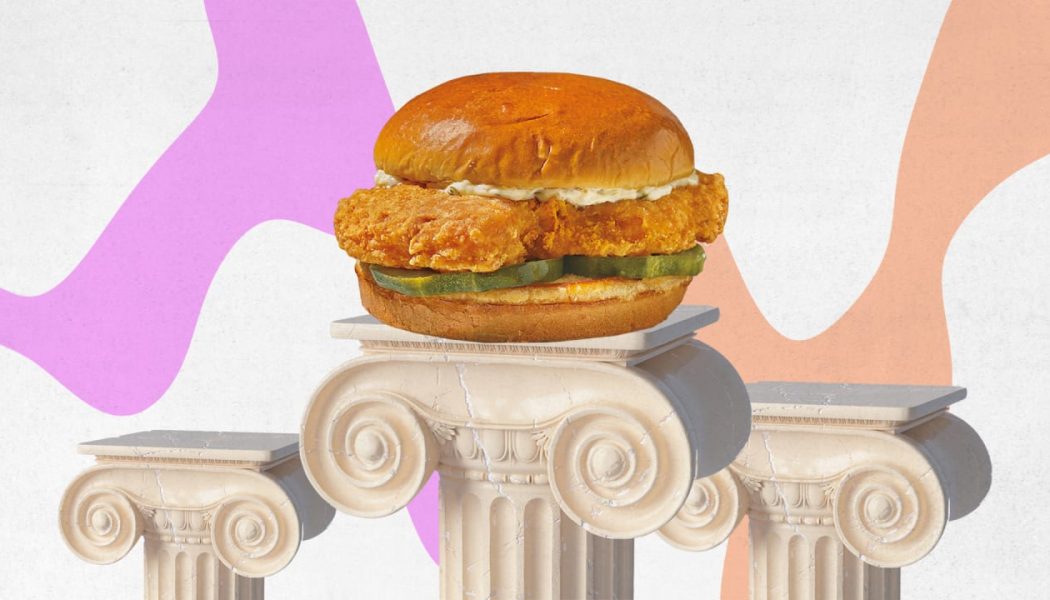 Almost 1.5 years to the day after Popeyes Louisiana Kitchen launched its now-famous Chicken Sandwich, the fast-food chain is unveiling another sandwich that it hopes will drive customers equally wild.

The Cajun Flounder Sandwich launches tomorrow: It’s a Cajun-seasoned fried filet, served on the same brioche bun with pickles that diners know from the Chicken Sandwich, along with Popeyes tartar sauce. The sandwich costs $4.49.

“After seeing the response to our Chicken Sandwich in 2019, we are excited to deliver yet another delicious sandwich to our fans that is sure to reset industry standards,” Sami Siddiqui, president, Americas at Popeyes, says in a written statement.

The Popeyes chicken sandwich, which debuted in August 2019, spurred what has been the dubbed the “chicken sandwich wars.” Fast-food giants Chick-fil-A and McDonald’s joined the fight. This year sees another round of bird-in-bread fighting with KFC, Shake Shack, and again McDonald’s doing battle.

But pesce is very different than poultry. The former is a food some diners loathe outright, often due to the strong taste and smell. Chicken is viewed more innocuously on that front, but in an increasingly wellness-centered world, people may lean toward fish instead. Concerns about the inhumane treatment of chickens before they’re processed may also factor in, and a segment of vegetarians, called pescatarians, eat fish.

The sandwich was market tested primarily in Chicago as a 2020 Lent promotion, according to the company.

Big fast-food chains with fish sandwiches on their menus include Burger King, Wendy’s, Chick-fil-A, Arby’s, and McDonald’s; fishiest among them is Long John Silver’s.

Popeyes is owned by Toronto-based Restaurant Brands International, which also has Burger King and Tim Hortons in its portfolio.

Giving Others the Benefit of the Doubt