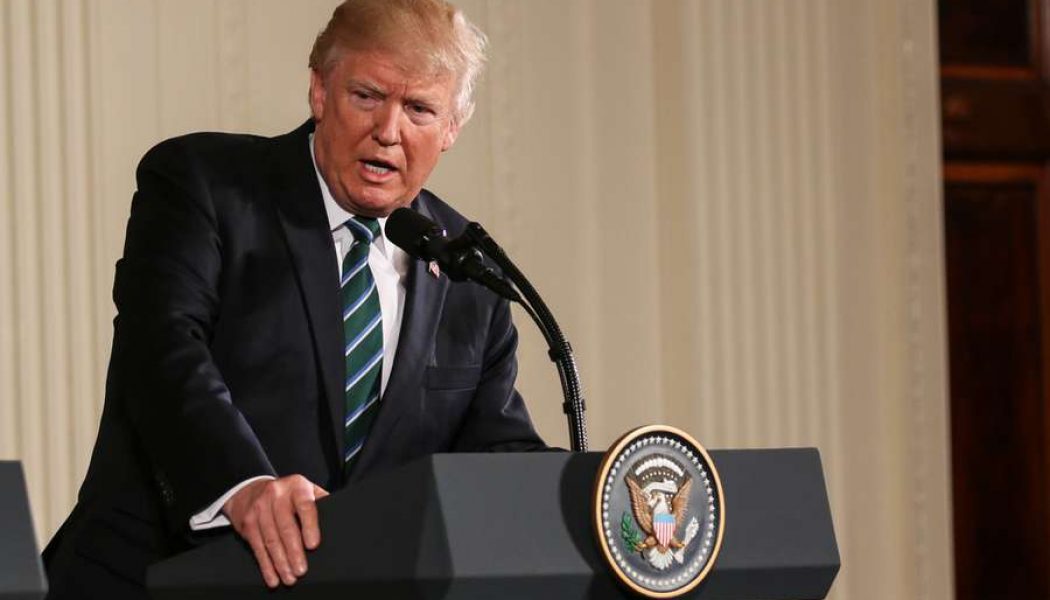 Washington, D.C. Newsroom, Sep 21, 2020 / 10:00 am MT (CNA).- President Donald Trump announced on Monday that he expects to name his nominee for the Supreme Court by the end of the week. The nomination, Trump’s third to the highest court, follows the death of Justice Ruth Bader Ginsburg, whose funeral services will be held this week.

Justice Ginsburg died September 18, at the age of 87. She had previously been diagnosed with pancreatic cancer.

Trump said that he was “looking at five, probably four, but I’m looking at five very seriously” options to replace Ginsburg. Previously, Trump had said he would nominate a woman for the position.

He said two of the people he was considering were “fantastic,” but did not elaborate further.

Speaker of the House Nancy Pelosi (D-CA) announced on Monday that Ginsburg will lie in state at the National Statuary Hall of the U.S. Capitol on Friday, following two days of lying in repose at the Supreme Court on Wednesday and Thursday. Ginsburg will lie underneath the Portico, and the public will be permitted to view the casket outdoors.

As per tradition, Ginsburg’s former law clerks will serve as her honorary pallbearers.

According to the New York Times, Ginsburg will be buried in a private ceremony alongside her husband at Arlington National Cemetery.

Judge Amy Coney Barrett, a Catholic mother of seven, is widely reported to be the front-runner on the president’s shortlist of prospective nominees.

Barrett, a federal judge on the 7th Circuit Court of Appeals, is reported to lead the president’s short list, and was also a contender for Trump’s second Supreme Court nomination in 2018, before the president nominated Justice Brett Kavanaugh.

According to Axios, Trump in 2018 said of Barrett that he was “saving her for Ginsburg” in explanation of his decision not to appoint her to the Supreme Court seat vacated by Justice Anthony Kennedy.

Appointed a federal judge in 2017, Barrett had been a professor at Notre Dame’s law school until her nomination was confirmed. Barrett has twice been honored as “Distinguished Professor of the Year” at Notre Dame, and was a law clerk for Supreme Court Justice Antonin Scalia.

As a nominee to the federal bench, Barrett was pointedly questioned by Democratic senators on the Judiciary Committee in 2017 on how her Catholic faith would influence her decisions as a judge on cases of abortion and same-sex marriage.

During confirmation hearings, Senator Diane Feinstein said of Barrett’s Catholicism “the conclusion one draws is that the dogma lives loudly within you. And that’s of concern.”

“You’re controversial because many of us that have lived our lives as women really recognize the value of finally being able to control our reproductive systems,” she said. “And Roe entered into that, obviously.”

Barrett repeatedly said that as a judge, she would uphold the law of the land, but many pro-life groups believe she would be open to overturning the precedent of Roe vs. Wade, and uphold state restrictions on abortion.

Size. But the templates are modern, and of course, you can add changes using google docs. What rights you have over your data.