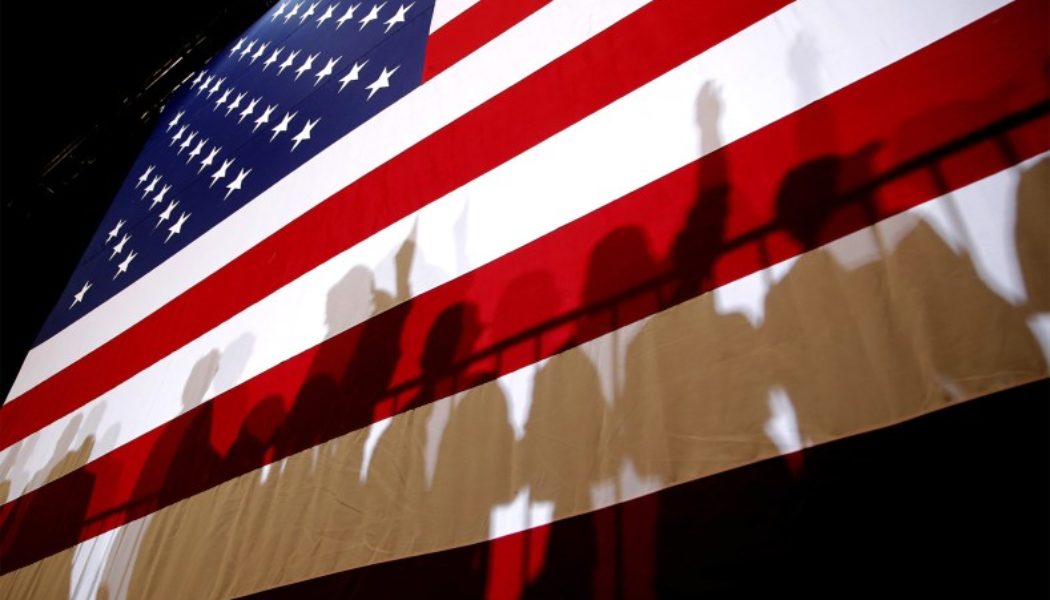 Can we unite, still?

‘He has to get a life.” I’ve cleaned up the actual quotes for family reading. Disdain would have been something like respect compared with the disgust people seemed to have one recent June morning in Manhattan for a man who was on his phone, livestreaming his time outside a Planned Parenthood center that is still named for Margaret Sanger. A few people joined his video to let his followers know what a loser they think he is. But the man driving the hazardous-waste truck away made the strongest impression on me. As young girls streamed into the abortion clinic, none of them looking like they were living their best lives, hearts only seemed hardened. Their consciences couldn’t be reached — ridicule works like a drug to keep people anesthetized.

The man walking around talking about the murder of the unborn — that’s not my style out there, but at least he wasn’t pretending there was nothing grave happening on that particular block. The silent screams cry out for reparation. The voiceless unborn should be prayed for, alongside their mothers and everyone wrapped up in the culture of death.

As Gay Pride Mickey Mouse T-shirts in Target are making room for a cornucopia of red, white, and blue for Independence Day, this should be a time for a national examination of conscience. What are we about? What do we want to be? What should we face that we’d rather not? What are we ashamed of? What are we grateful for? Perhaps each one of us could make a list and share it among friends as a challenge and a penance and a celebration, too.

I’m sorry the girls walking into Planned Parenthood as I write have no idea of their worth and that abortion is not their only choice. I’m sorry churches and the pro-life movement haven’t been able to get the word out to every single girl and boy, woman, and man — about how loved they are and about the resources available. There seems to be widespread outrage at the report that Britney Spears’s legal guardian prohibited her from having her IUD removed. As a result, and against her will, she cannot have further pregnancies.

But how many young girls are put on birth control for a menu of problems, under the assumption they won’t be able to keep themselves from sex? What kind of message does that send to them about what sex is for? Forgive me for sounding like an alien visitor from another century, but sex is worth waiting for. But who tells these precious girls this? Instead, mainstream medicine and other institutions, including the family, will put her on a trajectory of heartache and infertility and maybe even worse, for the sake of the sexual revolution and its warped sense of freedom — so hurtful to the human person and relationships between men and women.

Around this time of year, I often think of National Review’s founder, William F. Buckley Jr., and a short talk he gave in 1979. In it, he noted that, in the Soviet Union at the time, there was “an infinitely long list of that which one is forbidden to do.” He added that in China, meanwhile, “one may do nothing — except those things which one is explicitly permitted to do.” And yet, the Constitution of the United States, “and in particular the Bill of Rights, is essentially a list of prohibitions,” he said. “But it is a list of things that the government cannot do to the people. What a huge distinction: a majestic distinction.” He went on to say:

It grew out of a long, empirical journey, the eternal spark of which, of course, traces to Bethlehem, to that star that magnified man beyond any power of the emperors and gold seekers and legions of soldiers and slaves: a star that implanted in each one of us that essence that separates us from the beasts, and tells us that we were made in the image of God and were meant to be free. America cannot presume to offer itself up, in a frenzy of moral vanity, as the secular reflection of the Incarnation. But Americans can say, as Lincoln did, that our country was founded on a proposition: that government of the people, by the people, and for the people is of the nature of Americanism.

That’s a life-giving posture that presumes some disagreements but also love for the common good. Today, though, there’s a real danger that our culture is enslaving us and our ability to live pluralistically. We don’t see the beauty of the human person as created. Perhaps we don’t have the same sense of stewardship as people who fought for the right of religious freedom did. Instead, today, how many would be willing to surrender a fully operational Christian charity for a statement about LGBT politics? How can we help vulnerable children while having some fundamental disagreements? Can we see the good in one another, even while being bewildered about another’s beliefs? I can tell you, based on some of my e-mail, the answer for some is something like “Absolutely not, bigot.” But we are better than that, right? We want the young girl to know that the law and the culture are not pressuring her to end the life of her unborn child. Often, she cannot know that today, because they sure seem to be.

What are we grateful for? What could we do better? These kinds of questions are essential as we celebrate July Fourth this year. It’s more than a non–socially distanced barbeque this year. It’s an opportunity to begin again in the spirit of friendship in freedom, with some humility and patriotic grace, to borrow a phrase from Peggy Noonan — an American who loves the best of her country and who has gotten some grief for it. We can seek the best in common cause for love and life and for true freedom from the kind of coercive ideology that leads to tyranny (which is not foreign to our day). Let’s look at what we’re doing, and let’s choose life, whatever you think about abortion. A recent Associated Press poll found that most Americans want restrictions on abortion after the first trimester. We can work together here.