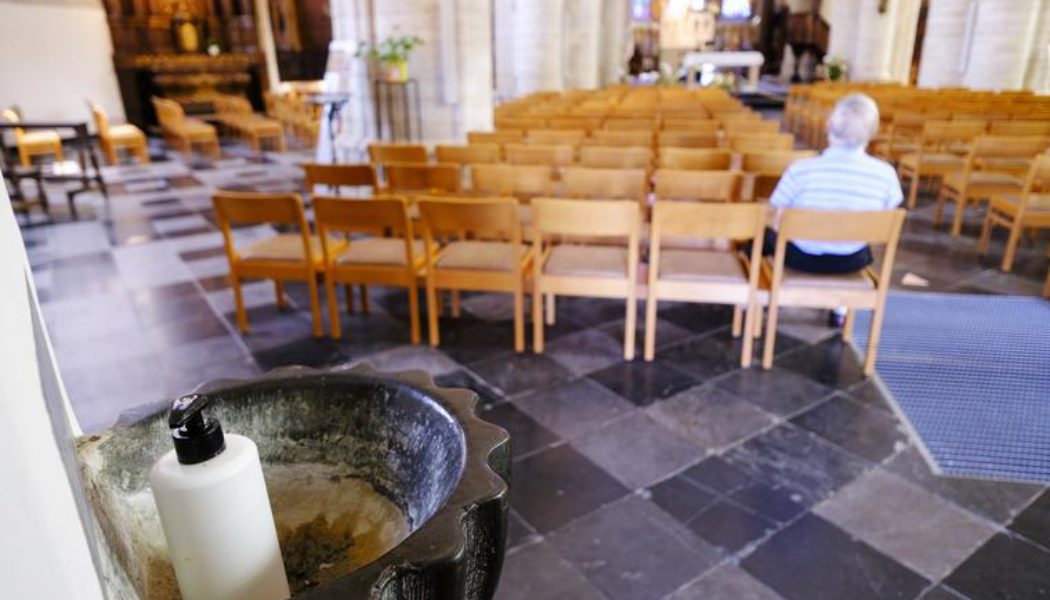 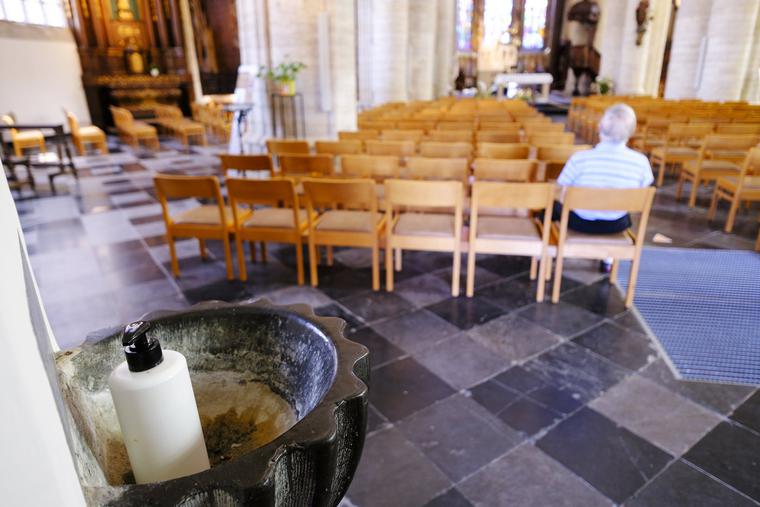 On Aug. 11, the Centers for Disease Control loosened most of its COVID-19 guidelines, and many other national, state and local governments, institutions and industries have recently done the same. It’s an important marker that collectively almost everyone wants to move on from the pandemic.

While there are still variants and people whose conditions make them vulnerable, while some continue to suffer with long COVID cases, while we continue to mourn those who have died because of it, we give thanks to God that, for the most part, the pandemic and the revolution it caused to daily life are over.

There are many analyses being done as to the long-term impact of the pandemic on health care, the economy, culture, remote work, travel, schools, interpersonal interaction, child psychology and other social dimensions.

It is similarly important for the leaders and faithful of the Church to take this time to examine the impact of the pandemic on Catholic life.

Several surveys have shown that one-third of American Catholics who were coming to Mass at the beginning of March 2020 now no longer regularly attend. The decision to lock churches and prevent access to the sacraments during the worst months of the pandemic has had a calamitous impact on the faith life of millions of Catholics, on the vitality of their parishes and dioceses and on the Church’s whole mission.

Some of the faithful just lost their good habit of keeping holy the Lord’s Day. Others began to watch Mass on television or via livestream and have continued to substitute virtual participation for real. Others concluded that Mass must not be all that important if Church leaders — during a deadly pandemic when many were dying and others were wondering if they would be next — rather hastily had decided to eliminate the possibility of attending Mass and receiving other sacraments.

As the Church in the United States enters more deeply into the Eucharistic Revival, it is important to assess with candor and courage the way pandemic decisions have impacted Eucharistic life and faith. For some, shutting off access to Mass and the Holy Eucharist only increased their hunger for Holy Communion, gratitude for the Mass and appreciation for the gift of the priesthood that makes the Eucharistic Lord available. For many others, however, perhaps especially for those whose Eucharistic faith may have been weaker, the decision to suspend the public celebration of Mass attenuated or eliminated that hunger.

It’s easier to tear down than to build. It’s impossible to deny that the decision to shut down access to the Mass, made hurriedly and under duress, has had disastrous consequences. It’s important for Church leaders and faithful to admit that a mistake was made and to learn from it and resolve not to repeat it. Pandemic decision-making did not communicate courage but fear. It did not show that we are the spiritual descendants of the Martyrs of Abitene, Gorkum and Casamari; of Sts. Tarcisius, Oscar Romero and Pedro Maldonado, and other Eucharistic martyrs and saints. It did not confirm that the Eucharist is the source and summit, root and center of the Christian life, but seemed to prioritize the health of the body over the health of the soul.

That does not mean we should have disregarded the pandemic, its dangers and legitimate precautions. The obligation to attend Mass should have been suspended so that those at high risk, who care for those at high risk, who were uncomfortable putting themselves at risk, or who work in health care and similar professions, could with clean conscience make the decision to stay away. Stopping the distribution of the Precious Blood was obvious for epidemiological reasons. Following the best advice of medical professionals with regard to social distancing, masks and handwashing — as well as legitimate governmental restrictions regarding indoor crowd size — was prudent.

But while doing all of that, it was still possible to maintain access to Mass and Holy Communion, whether that meant celebrating outdoors in parking lots and fields, celebrating indoors with successive crowds of small, socially-distanced people, celebrating via livestream and then allowing people to come for Holy Communion, or many of the other temporary solutions that creative priests, when given the permission, devised while respecting legitimate civil and ecclesiastical regulations. Such efforts testified to the importance of the Holy Eucharist in the life of faith, especially in the most trying times.

In some places, however, dioceses — not draconian secularist governments — prevented even such balanced and effectively safe solutions, as if the real priority were actually not to have Mass so that everyone would stay at home. Such decisions were scandalous to faithful and clergy alike.

This post-pandemic period is a time — calmly, serenely and wisely — to prepare to do much better the next time civil and health authorities declare a pandemic. Learning from our mistakes, it’s a chance to plan how to ensure access to the sacraments, balancing healthy precaution with the courage and risk-taking that should characterize anyone who claims to be following the Crucified One who calls us to love as he loves.

There are some other lessons we can learn.

Diligent priests became better and lazy priests became lazier, and the level of fatherly concern had an impact on the rate of return of the faithful. Some priests did everything possible to reach their people and help them grow in faith, with outdoor and livestreamed Masses, Eucharistic processions in flatbed trucks, confessions in parking lots, anointings in hazmat suits, regular phone calls, emails, videos, interactive Zooms and more. Other priests did very little, not offering confessions, not telephoning parishioners, not even celebrating private Masses in their churches because of a pseudo-theological hang-up about Masses without a congregation. Out of fear or indolence, they hid the talent the Lord had given them in the ground (Matthew 25:25).

Many government leaders manifested their ignorance or hostility toward faith and religious freedom, considering liquor stores — but not churches — essential services. Only a small percentage of Church leaders and faithful stood up to these abuses. We need to be prepared to be bolder the next time.

Catechesis was confused. To downplay the severity of shutting off access to sacraments, some dioceses’ messages made it seem as if spiritual communions were commensurate with sacramental communions, perfects acts of contrition were equivalent to sacramental confessions, and prayers as one was dying were tantamount to the Anointing of the Sick. Nowhere close. God, who created the sacraments, can indeed work outside of them, but the sacraments work by their valid celebration, whereas these substitutions are totally dependent on the (often imperfect) dispositions of the recipient.

Science, the new secular religion, was manipulated. Rather than “following the science,” some scientific leaders regularly engaged in misinformation for the sake of behavioral crowd control — as we saw, among other things, with changing contradictory information about masks. Many dioceses, however, followed their advice as if they were obeying the Commandments. Bad scientific guidance made it seem as if the distribution of Holy Communion were the most dangerous act imaginable. It’s important for bishops, in order to lead effective in such circumstances, to have their own well-formed scientific experts as advisers, to assist them to teach effectively and make right decisions.

Catholic schools were overall a great success story, because, unlike many of their government funded counterparts, teachers and staff prioritized the education of children over their own safety.

Finally, while the Church permits and encourages people to receive the COVID vaccines, she also supports the right of people to refuse them. The Church didn’t defend the latter as much as it vigorously promoted the former. She also allowed vaccine apartheid to impact the way we worshipped, dividing people into vaccinated pews and non-vaccinated pews, permitting only vaccinated people to participate in certain events, enter the rectory or work in Catholic facilities. If in Christ there is no Jew or Greek, slave or free person (Galatians 3:28), there also should not be in his Church vaccinated and unvaccinated. Such division does not come from above.

In the Church’s response, there are some things to be proud of, others to be embarrassed about, and much to learn. Now is the time for a conversation about that response to take place.