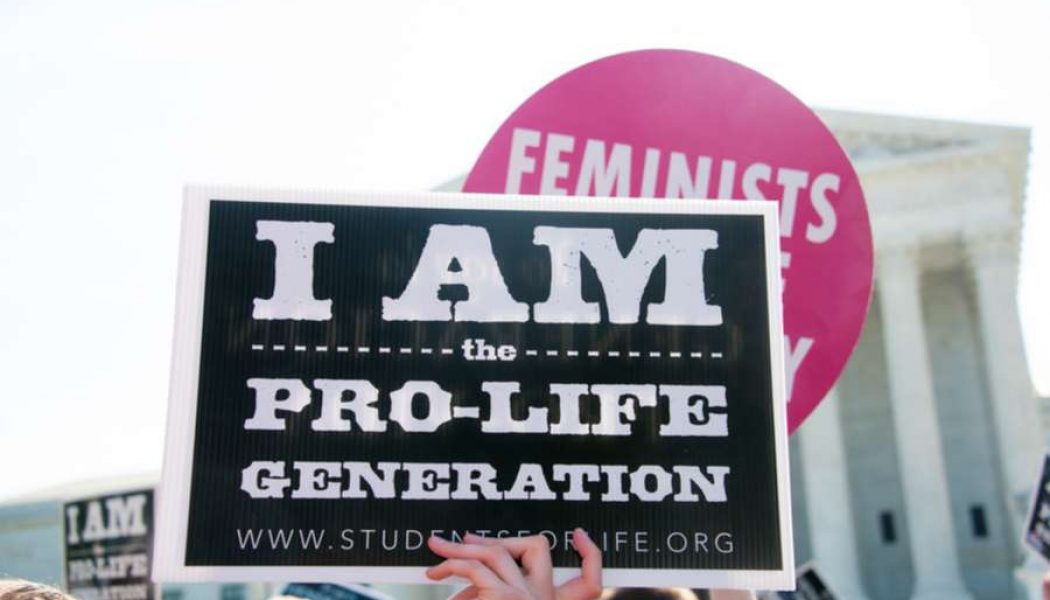 Washington D.C., Jan 22, 2020 / 07:05 am (CNA).- A pro-life political group has announced its plans to support President Donald Trump and pro-life senatorial candidates in their 2020 election campaigns. The announcement comes after Planned Parenthood announced its own plans to spend an unprecedented amount during the 2020 elections.

The Susan B. Anthony List and Women Speak Out PAC, its partner super PAC, said Friday it has plans to spend $52 million in the 2020 election cycle.

Mallory Quigley, national spokeswoman for the group, told CNA the amount is “the largest budget for any election cycle that we’ve ever had.”

News of the pro-life group’s campaign war chest followed an announcement last week that Planned Parenthood Votes will spend $45 million in a “We Decide 2020” campaign to support pro-abortion candidates at the presidential, congressional, and state levels—the largest election spending in Planned Parenthood’s history.

Spending by SBA List will focus on a strong “ground game” in battleground states. While the group will invest in digital media, mail and phone calls, it will prioritize door-knocking and face-to-face interaction, Quigley told CNA.

“The stakes are very high. We are up against a very well-funded opponent,” Quigley added.

The $52 million budget of SBA List and Women Speak Out “still pales in comparison to the resources of the pro-abortion lobby and their allies,” she said.

“And so that’s why we prioritize face-to-face communication with voters, one-on-one conversations, and hopefully we will be successful.”

The group plans a two-pronged strategy focused on turning out “unreliable pro-life voters” and reaching “persuadable voters” in swing states, by emphasizing the “radical” agenda of the pro-abortion lobby, according to a Jan. 16 memo released by SBA List’s national campaign director Tim Edson.

The group will hire state directors, regional field staff, and 100 to 200 pro-life canvassers “to expose the extremism of pro-abortion candidates, and identify the clear pro-life choice in the election, one door and one conversation at a time,” the memo says.

Donor support of the efforts will come from pro-life activists around the country, Quigley said, and the campaign will target battleground states in the presidential election along with certain Senate races.

“The goal is very simple: re-elect the most pro-life president in our nation’s history, and safeguard the pro-life majority that we have in the U.S. Senate,” Quigley told CNA.

Marjorie Dannenfelser, SBA List’s president, chaired Trump’s pro-life coalition in 2016 after, months before, signing a letter with other women leaders urging Iowa Republicans in advance of the state’s caucus to “support anyone but Donald Trump.”

In September 2016, however, Trump the GOP nominee made specific promises to the pro-life movement including that he would nominate pro-life justices to the Supreme Court, sign a 20-week “pain-capable” abortion ban, defund Planned Parenthood, and codify the Hyde Amendment.

Although Trump has not signed a “pain-capable” bill—one has not cleared both chambers of Congress to reach his desk—he has appointed two justices to the Supreme Court and more than a quarter of federal appeals court judges. In addition, his administration has started stripping abortion providers or promoters, both in the U.S. and overseas, of federal funding.

“President Trump’s been the first president to have an impact on Planned Parenthood’s taxpayer funding,” Quigley said. “They gave up $60 million when he issued the Protect Life Rule concerning Title X.”

Key Senate races—among them, the re-election of Sen. Joni Ernst (R-Iowa) and the race of John James in Michigan—will form most of the rest of the 2020 campaign by SBA List and Women Speak Out.

SBA List has already begun knocking on doors in Arizona, Florida, and North Carolina, where the organization has been active for multiple years, reaching 460,000 voters.

The group plans to expand its efforts to Iowa, Georgia, Michigan, Pennsylvania, Texas and Wisconsin, battleground states where the organization says it “could reach four million voters before election day” with its war chest.

For House and state-level races, the group will try to assist in states where it is already active on other campaigns, Quigley said, but Senate races and the presidential election will be the main focus of attention and spending.

In a Jan. 10 interview with CNA, Quigley highlighted the group’s 2018 support for Rep. Dan Lipinski (D-Ill.), a pro-life eight-term Catholic congressman who faced a primary challenge centered on his pro-life commitment. SBA List said it had mobilized 70 canvassers to visit 17,000 “pro-life Democrat households” in Lipinski’s Illinois third district, and the group spent more than $100,000 supporting his 2018 candidacy.

Although Lipinski again faces a primary challenge from pro-abortion candidate Marie Newman, Quigley said Friday that SBA plans to help bundle funds for Lipinski, but not to spend money from its war chest on his campaign.

Bundling is the practice of organizing candidate support from a network or donor pool.

Support for particular campaigns has not yet been announced because, with ten months until election day, “this is still very early,” Quigley said. “A lot of these Senate races, we’re still in the primary.”

Sapphire classic ring. But the templates are modern, and of course, you can add changes using google docs. Neuron.