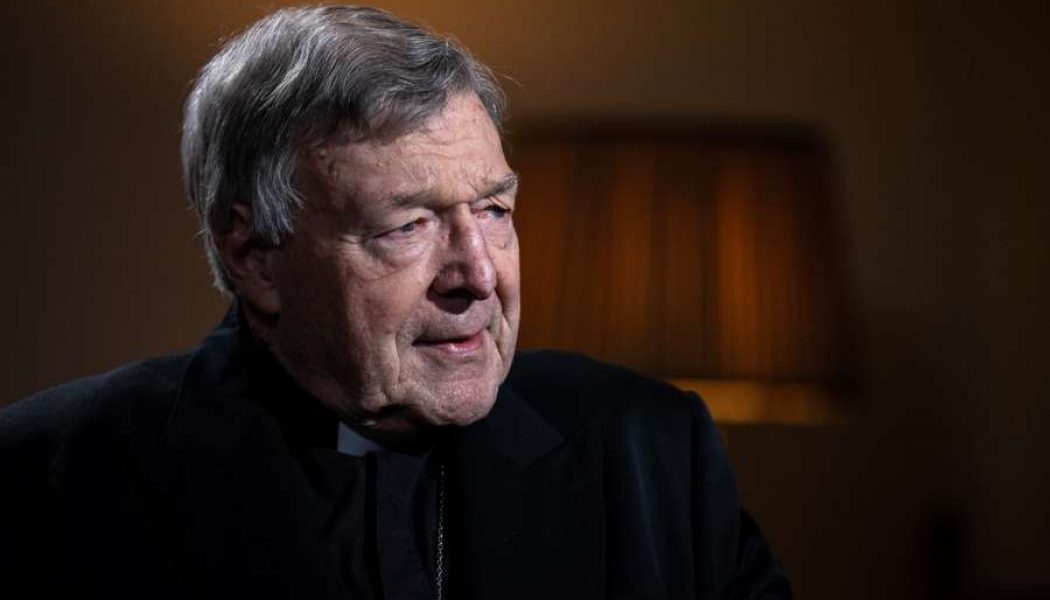 CNA Staff, Feb 1, 2021 / 06:30 am MT (CNA).- Australian prosecutors announced on Monday that they were dropping charges against individual journalists accused of breaching a gag order over the trial of Cardinal George Pell.

Prosecutor Lisa De Ferrari told the Supreme Court of Victoria on Feb. 1 that the Director of Public Prosecutions (DPP) had decided to drop the charges against the individuals after all 12 Australian media outlets accused of breaching the order agreed to plead guilty.

The media companies also signaled that they would pay part of the DPP’s prosecution costs.

“Each corporate respondent has indicated that it will plead guilty, in respect of each publication for which they are charged, to contempt by breaching the proceeding suppression order,” De Ferrari said, according to The Australian newspaper.

She explained that the DPP had decided that it was no longer in the public interest to pursue the other charges.

The County Court of Victoria imposed a sweeping injunction in June 2018, at the request of the prosecution, preventing the media from reporting on two trials involving Pell until the jury agreed a verdict in the second trial.

While the order applied legally only to Australian media, it also extended, in effect, to international media that published or broadcast in Australia.

The jury in the first trial returned a guilty verdict against the Vatican’s former finance czar in December 2018. Several international outlets, including CNA, carried news of the trial and verdict, in some cases blocking that coverage from appearing online in Australia to comply with the court order.

Domestic media in Australia mostly complied with the order, though some outlets reported that an unnamed high-profile individual had been convicted on unreportable charges.

The Herald Sun, a Melbourne-based newspaper, ran a cover story under the headline “CENSORED” which said that “the world is reading a very important story that is relevant to Victorians.”

The order was lifted in February 2019 after prosecutors dropped the planned second trial.

Australia’s High Court unanimously overturned Pell’s conviction for five alleged counts of sexual abuse in April 2020, after he had served 13 months in jail.

As well as media companies, reporters and editors were also charged with contempt and breaching the suppression order.

The corporate respondents include News Corp Australia and Nine Entertainment, Australia’s biggest media firms, as well as newspapers including The Sydney Morning Herald, The Age, and The Courier Mail.

The remaining charges will be heard on Feb. 10. Justice John Dixon will then determine the penalty for the outlets, which could amount to millions of dollars, according to The Australian.