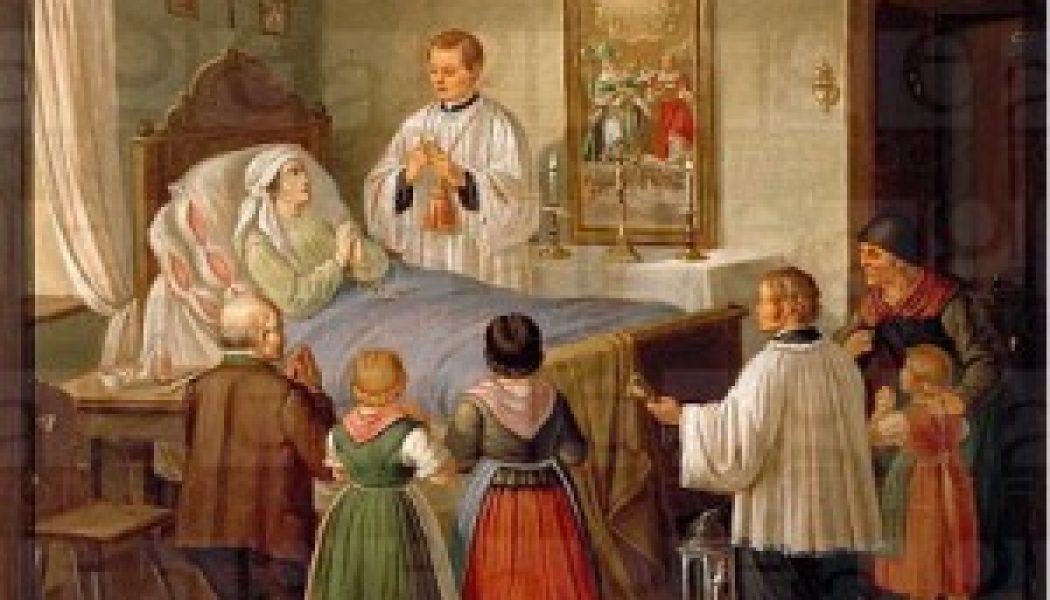 I understand that a priest can anoint with an instrument: if he can’t reach inside the collapsed house, but a little wooden rod could, he may anoint in this way.
My question is, can he use a living instrument: as the priest is physically present sitting earshot, could a nurse apply the holy oil to the quarantined person while the priest says the words?

No.  Not another person.

A priest can use an instrument, such as tongs or forceps to reach to anoint a person.  I’ve had to do that once.  Brrrrrr.   The priest is still the one doing the anointing.  An instrument can be used, the priest has to be the one using it.  The same goes for baptism.  The one baptizing must administer the water while saying the form.

Thus, no.  The sacrament is not given if another person does the anointing.

On a similar note…

Can absolution be given to an unconscious person? (where there is reasonable hope that they would want it, and that they had at least imperfect contrition before the lost consciousness.)

In the case of an unconscious person who is otherwise okay, you don’t absolve.

In the case of an unconscious person who is in danger of death, the sacrament to give is anointing, Extreme Unction.   Remember that one of the effects of that sacrament, for people who are unable to make a sacramental confession, is the forgiveness of sins.  If the person is unconscious, you anoint.  If conscious, you hear the confession, or attempt to, or do what you can, then absolve, then afterwards anoint.

Anointing, for someone who is conscious and capax sui, must be received in the state of grace.   That’s why these scheduled Mass anointing services are a horrible abuse of the sacrament and of the people: most of them haven’t been in a confessional for a long time.  Thus, the sacrament of anointing doesn’t do much for them.