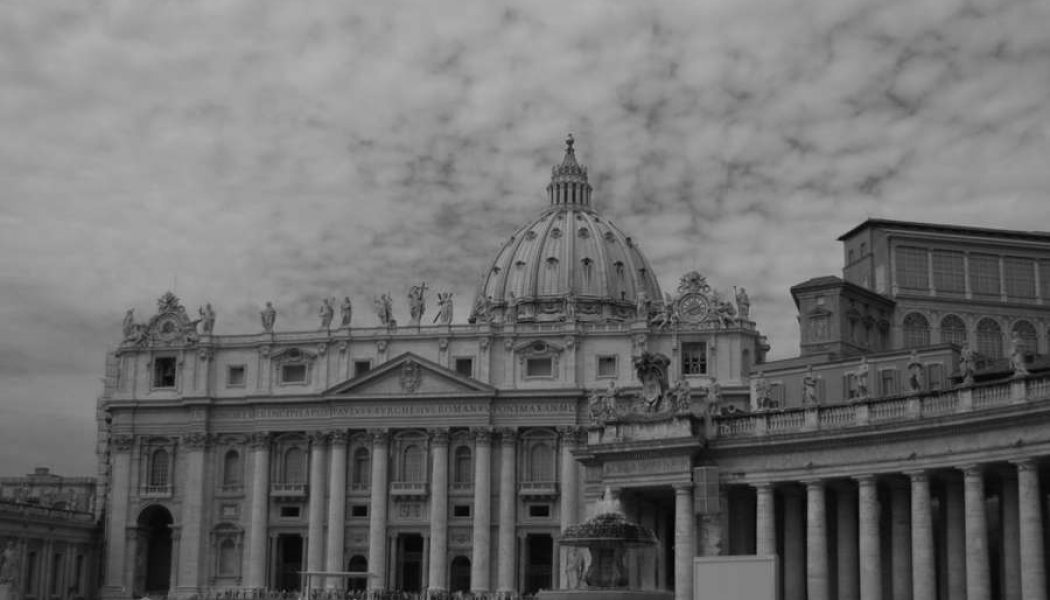 Washington, D.C. Newsroom, Oct 1, 2020 / 01:00 pm MT (CNA).- An investment fund created for the Holy See Secretariat of State to invest Church assets was used to purchase millions in a bond of debt products issued by companies, some with alleged mafia links. Both the investment fund and the bond, which packaged hospital receivables into a debt security, were managed by companies belonging to two businessmen at the center of the ongoing Vatican financial scandal.

Italian government filings examined by CNA show that Sierra One, nominally valued at 100 million euros, was put together by Sunset Enterprise Ltd., which at that time was controlled by Gianluigi Torzi.

Torzi was a director of Sunset Enterprise from May, 2018, until 8 June, 2020. Until February 2020, Torzi owned Lighthouse Group Investments, which itself owns Sunset – renamed Vita Healthy Ltd. in May of this year.

Sierra One’s administrator was Giacomo Capizzi, a business associate of Torzi. Capizzi is the CEO of Meti Capital, in which Sunset Enterprise is an investor, and also serves as the CEO of Imvest, a property development company listed in Rome. In 2016, Imvest offices were raided by Italian financial police in connection to charges of coordinated fraud, submission of false budgets, and false accounting.

In 2018, the same year that Mincione’s Athena Global Opportunities Fund bought the Sierra One bond, Torzi was engaged by the Secretariat of State to broker the final stage of its purchase of the London property from Mincione. Torzi was arrested June 5, 2020, by Vatican investigators and charged with “extortion, embezzlement, aggravated fraud and money laundering” for his role in the transaction.

Torzi, and his companies Odikon Services and Sunset Enterprise, are currently being investigated by Italian authorities for an alleged multi-million euro fraud involving securitization of debt owed to a Catholic hospital in Rome, Fatebenefratelli, a move similar to the Sierra One debt securitization from hospitals and vendors.

Among the debts which make up the Sierra One bond are those issued by facility management company Esperia SpA. In July 2018, five months before Athena recorded its stake in Sierra One, the Prefecture of Naples ordered the forced liquidation of Esperia for alleged ties to a Camorra mafia crime family. That order was reversed on appeal, after the company showed it had moved its headquarters to Rome just before the prefecture’s order, effectively removing Esperia from the jurisdiction of the prefecture.

Esperia previously owned another cleaning services company, Kuadra, which was linked to the same crime family in 2016 and liquidated in 2018.

Over the course of 2018, and after Becciu’s departure from the Secretariat of State to lead the Congregation for the Causes of Saints, the Holy See separated itself from Mincione.

CNA asked both Mincione and the Holy See Press Office for clarity on exactly when in 2018 the Secretariat of State withdrew from the Athena Global Opportunities Fund, and when the Sierra One purchase was made, but received no response by deadline.

In the process of the separation, the secretariat bought the entirety of a London building at 60 Sloane Ave. – owned by Mincione through another company – relinquished its remaining investment in the Athena Global Opportunities Fund, and transferred a reported 40 million euros to Mincione via Athena. The total of debt and equity investments reported by Athena Global Opportunities Fund on Dec. 31, 2018, including the stake in Sierra One, was just over 40 million euros.

On Thursday, Italian news site Adnkronos reported that the Vatican has been officially notified that both Torzi and Mincione are under investigation for money laundering.

The Athena investment in Sierra One is significant for several possible reasons.

If the Athena Global Opportunities Fund acquired the stake in Sierra One, whose debt portfolio was under management by Torzi’s company Sunset Enterprise, before the Vatican’s separation from Mincione, it raises the possibility that Church funds were used to invest in debt products issued by mafia-linked companies.

If the stake was acquired while the Vatican was in the process of divesting from its investments with Mincione, it points to a transaction linking Mincione’s Athena fund and Torzi’s company Sunset, while Torzi was working on the Vatican’s behalf to broker the purchase of the London property from Mincione.

If the Sierra One investment was made after the conclusion of the Vatican’s separation from Mincione, it suggests the possibility that nearly 10 percent of the 40 million euros transferred by the Vatican to Mincione, an arrangement brokered by Torzi, was then directed into a Torzi-managed project.

CNA asked both Mincione and Torzi if they were aware of the other’s involvement in Sierra One, and if the investment had been discussed between them.

A spokesman for Torzi declined to respond to questions “because of the in-progress inquiry.”

CNA also asked Mincione if he was aware of links of companies in Sierra One to organized crime, and if Athena’s investment in the bond had generated any return. A spokesperson for Mincione did not respond to CNA’s questions.

After Torzi’s arrest in June, Vatican state media accused Mincione of a “conflict of interest” in the deal. Mincione distanced himself from Torzi in comments to the press.

Speaking to ADN Kronos in June, Mincione said Torzi was a “counterpart,” not a “partner,” and characterized their personal connection casually as “two Italians in London,” and saying they only knew each other slightly, since their offices were off the same square in London.

In July, CNA reported that in the months before Torzi was asked by the Holy See to act as middleman for the final purchase of the London property from Mincione, another company, Pop 12, owned by Mincione secured a multi-million-euro loan from Torzi’s company Sunset.

In addition to Torzi’s June arrest, Vatican prosecutors have also had contact with Mincione over his role in managing funds for the Secretariat of State. In July, a search and seizure warrant was issued by an Italian magistrate and served on Minicone in a Roman hotel by Italian state police. That warrant was issued on request of Vatican investigators, who seized electronic devices, including phones and iPads.

Mincione and his company WRM Group have sued the Secretariat of State in a U.K. court, and are asking a judge to rule that he “acted in good faith” in his dealings with the Vatican.

Vatican prosecutors have been examining the Secretariat of State’s financial dealings with Mincione for nearly two years. Several Vatican officials have had their homes and offices raided and been suspended as part of the investigation.

Last week, Cardinal Becciu was ordered by Pope Francis to resign the rights and privileges of a cardinal, and as prefect of the Congregation for the Causes of Saints, a role he had held since his departure from the secretariat in 2018.

It has been widely reported that Becciu’s resignation was triggered by mounting evidence of financial misconduct during his time at the secretariat, with Vatican sources indicating that, following his arrest, Torzi has agreed to cooperate with investigators.