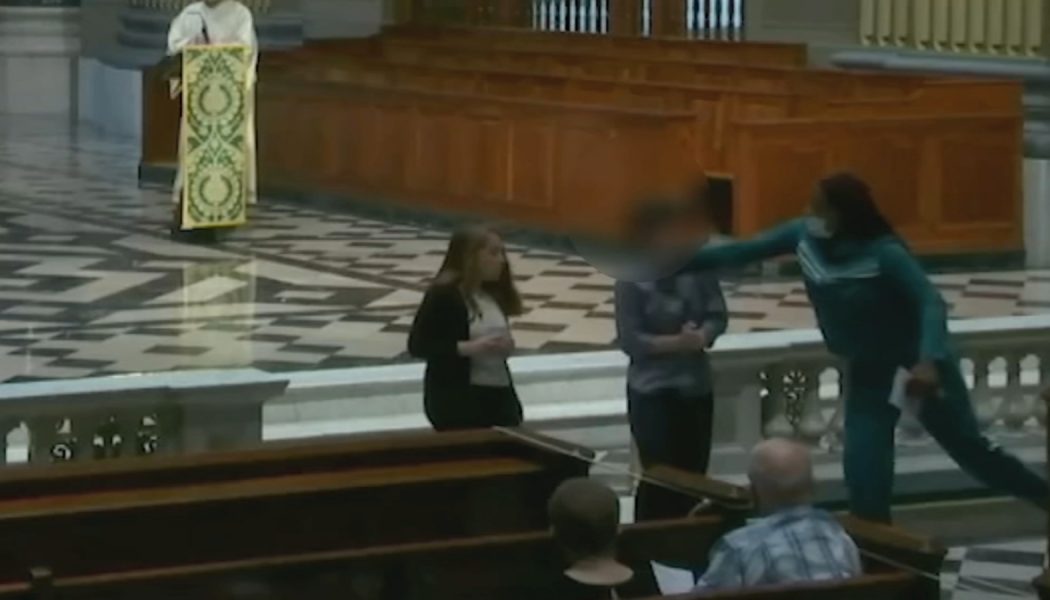 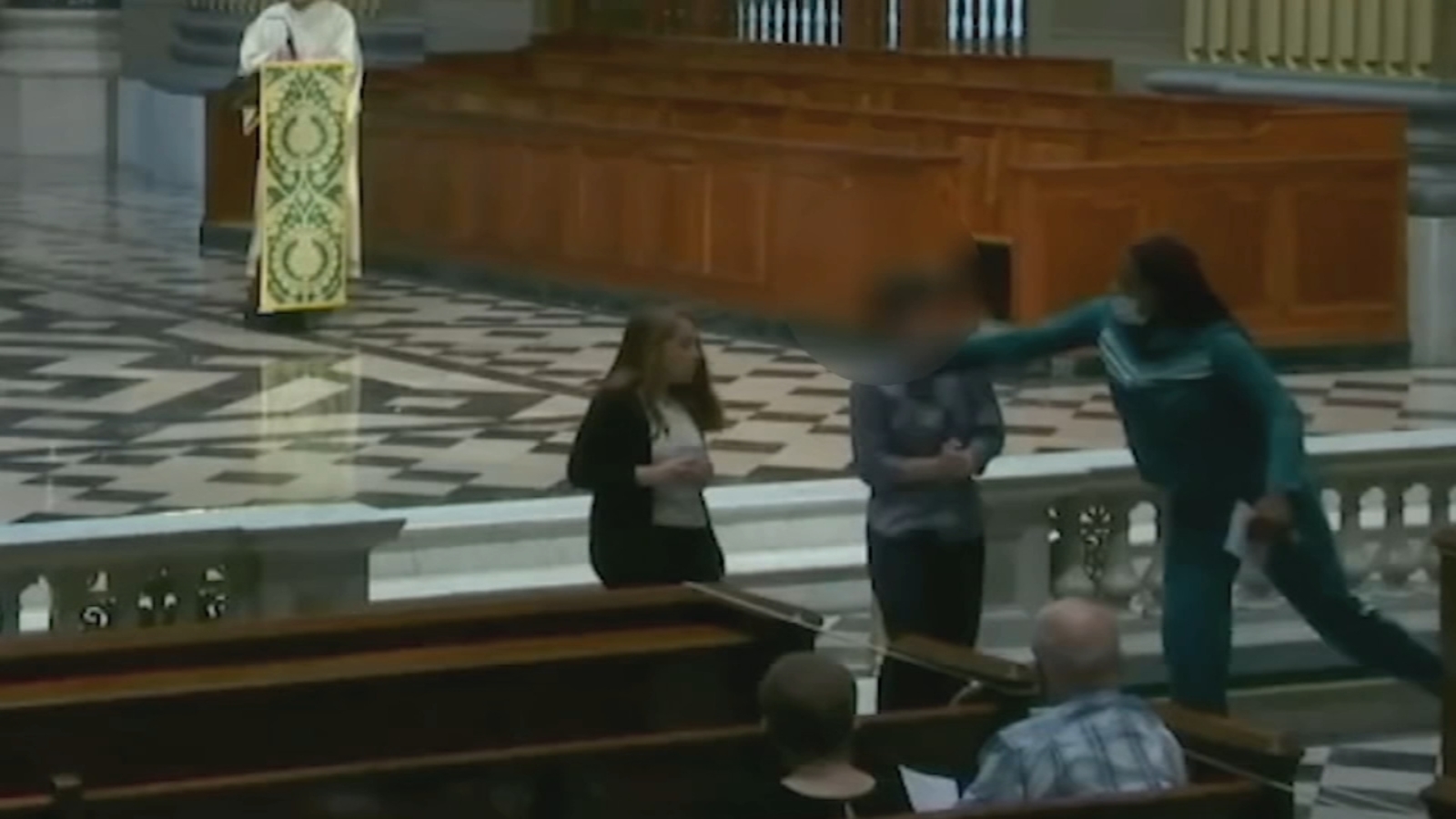 PHILADELPHIA (WPVI) — Philadelphia Archbishop Nelson J. Perez is speaking out after a churchgoer was attacked during Sunday morning’s Mass.

The attack was captured on video during the 11 a.m. Mass at Cathedral Basilica of Saints Peter & Paul while the service was streaming online.

Archbishop Perez said in a statement that a female lector was punched by someone in the congregation as she left the altar.

Video shows the lector leaving the altar as a woman punches her twice. It’s still unclear what sparked the attack.

The victim did not require medical attention.

“We immediately followed up on it off-camera and it’s important for us to do that because people are at home and continuing to participate in Mass. Nonetheless, it was very upsetting. Parishioners attending in person were shocked, as were so many that watch the 11 a.m. Mass live-streaming online,” said Gill.

Worshipers heading into 6:30 p.m. Mass said the attack won’t prevent them from coming to church.

“Of course I’m disappointed, but at the same time we’re taught to forgive, and I hope something like that never happens again,” said Chris McDonald of South Philadelphia.
The Archdiocese of Philadelphia is currently working with the Philadelphia Police Department.

Police say the woman is not in custody. Sources tell Action News that she has been seen at the church before but is not a parishioner.

Police described the attacker as a Black female, 5’8″ tall with a heavy build. At the time of the incident she was wearing a green track suit and a facial mask.

“During the 11:00 a.m. Mass at Cathedral Basilica of Saints Peter & Paul, which was broadcast live via my Facebook page and the Archdiocesan Vimeo Channel, a senseless act of aggression took place. One of the lectors was punched by someone in the congregation as she left the altar.

Such behavior is unacceptable at all times, especially within the confines of a church building and during the celebration of the Holy Mass. I was saddened to learn of this incident and regret that it took place. The lector who was assaulted received immediate attention and assistance from Cathedral staff members off camera. She did not require medical attention and is doing well based on the reports I have received. The Archdiocese of Philadelphia is working in conjunction with police regarding the matter and will cooperate with them fully. Please be assured that there are safety and security plans in place for the Cathedral Basilica of Saints Peter and Paul. We welcome all visitors and work to provide for their safety. Violence has no place in our world and every life is a precious gift from God. Please join me in praying for everyone involved in today’s incident and for respect for our fellow brothers and sisters.”