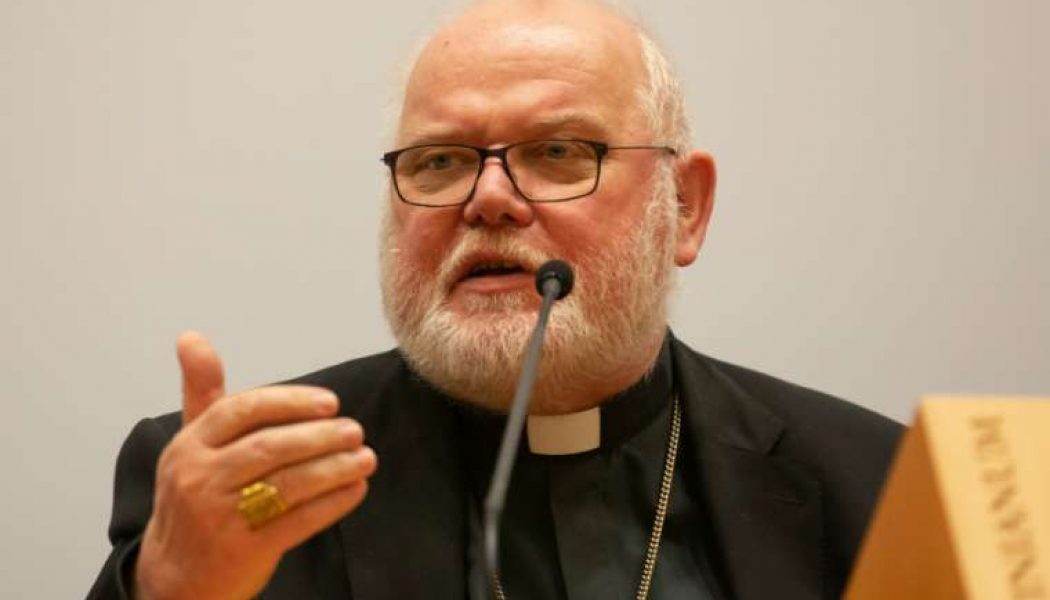 CNA Staff, May 26, 2020 / 08:00 am MT (CNA).- A record number of people left the Church in the German Archdiocese of Munich and Freising last year, a local statistical office said Tuesday.

The Munich statistical office told CNA Deutsch, CNA’s German-language news partner, May 26 that 10,744 Catholics formally withdrew from the Church in 2019. It noted that this was a fifth higher than in 2018, when 8,995 people left.

Statisticians said this was the first time that annual departures had surpassed the 10,000 mark since records began. Previously, the highest figure was 9,010, set in 1992.

Cardinal Reinhard Marx, the 66-year-old Archbishop of Munich and Freising, announced in February that he would not stand for re-election as president of the German bishops’ conference. He cited his age and his desire to spend more time in his archdiocese, in the Catholic heartland of Bavaria, which he has led since 2008.

In March, Bayerischer Rundfunk, Bavaria’s public-service broadcaster, reported that people gave a variety of reasons for leaving, including a desire to stop paying church tax, the clerical abuse scandal and the position of women within the Church.

The Church in Germany is largely funded through a tax collected by the government. If an individual is registered as a Catholic then 8-9% of their income tax goes to the Church. The only way they can stop paying the tax is to make an official declaration renouncing their membership of the Church. They are no longer allowed to receive the sacraments or a Catholic burial.

Last year the German bishops announced plans for a two-year “Synodal Way,” bringing together lay people and bishops to discuss four major topics: the way power is exercised in the Church; sexual morality; the priesthood; and the role of women.

They said the process would end with a series of “binding” votes — raising concerns at the Vatican that the resolutions might challenge Church teaching and discipline.

In June, Pope Francis sent a 28-page letter to German Catholics urging them to focus on evangelization in the face of a “growing erosion and deterioration of faith.”

“Every time an ecclesial community has tried to get out of its problems alone, relying solely on its own strengths, methods and intelligence, it has ended up multiplying and nurturing the evils it wanted to overcome,” he wrote.

In September, the Vatican sent a letter to the German bishops declaring that their plans for the synod were “not ecclesiologically valid.”

After a back and forth between the bishops’ conference and Vatican officials, the first synodal assembly took place in Frankfurt at the end of January. The second meeting is expected to go ahead, despite the coronavirus crisis, in September.

In an interview May 22 with Der Spiegel, Cardinal Marx discussed his tenure as bishops’ conference president and his new book “Freiheit” (Freedom), published May 25.

He said that, despite being portrayed as liberal, he felt conservative.

“As a 15-year-old, I did not like the fact that after the Second Vatican Council old ceremonies and images were abolished in many places,” he explained. “Traditions are also something important.”