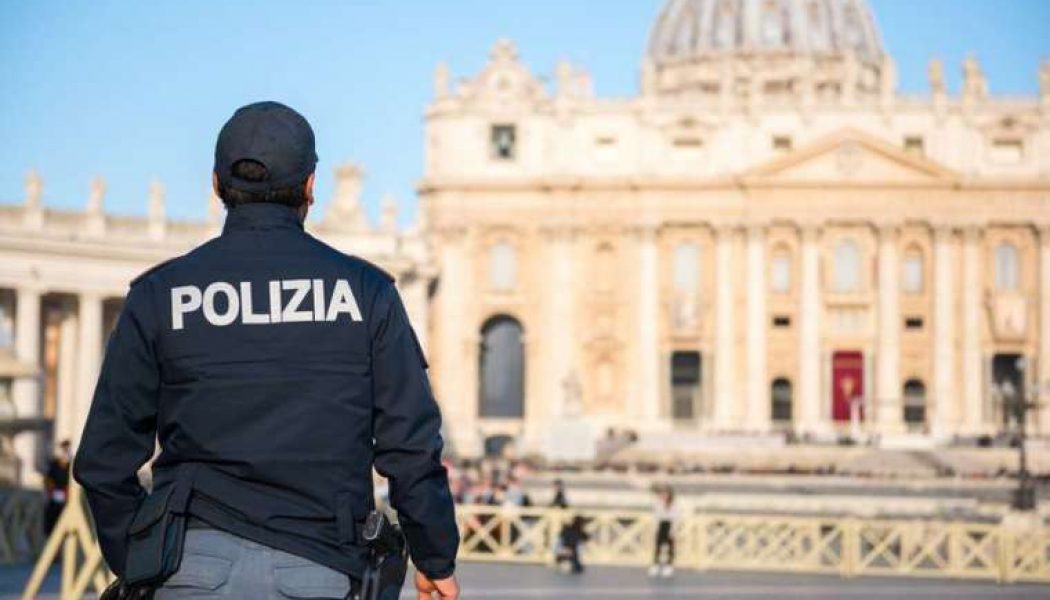 CNA Staff, Nov 17, 2020 / 12:00 pm MT (CNA).- Police have found hundreds of thousands of euros in cash hidden in two homes of a suspended Vatican official under investigation for corruption, according to Italian media reports.

Fabrizio Tirabassi was a lay official at the Secretariat of State until his suspension, together with four other employees, last year. According to sources close to the Secretariat for the Economy, Tirabassi oversaw several financial transactions at the secretariat which are now under investigation.

The Italian daily Domani reported that, on the order of Vatican prosecutors, Vatican gendarmes and Italian financial police searched two of Tirabassi’s properties, in Rome and in Celano, a town in central Italy where Tirabassi was born.

The search, which was focused on computers and documents, reportedly also uncovered bundles of banknotes amounting to 600,000 euros ($713,000). Around 200,000 euros was reportedly found in an old shoe box.

Police reportedly also found valuables worth an estimated two million euros and a number of gold and silver coins hidden in a wardrobe. According to Domani, Tirabassi’s father used to have a stamp and coin collecting store in Rome, which could explain his possession of the coins.

CNA has not independently confirmed the report.

Tirabassi has not returned to work since his suspension in October 2019 and it is unclear whether he remains employed by the Vatican.

He is one of several people being investigated by the Vatican in connection with investments and financial transactions made at the Secretariat of State.

At the center of the inquiry is the purchase of a building at 60 Sloane Avenue in London, which was bought in stages, between 2014 and 2018, from Italian businessman Raffaele Mincione, who at the time was managing hundreds of millions of euros of secretariat funds.

Businessman Gianluigi Torzi was brought in to broker the final negotiations of the Vatican’s purchase of the London property in 2018. CNA has previously reported that Tirabassi was appointed a director of one of Torzi’s companies while the businessman was acting as a commission-earning middleman for the purchase of the remaining shares.

According to corporate filings, Tirabassi was appointed a director of Gutt SA, a Luxembourg company owned by Torzi, used to transfer ownership of the building between Mincione and the Vatican.

Filings for Gutt SA with the Luxembourg Registre de Commerce et des Sociétés show that Tirabassi was appointed a director on Nov. 23, 2018 and removed by a filing sent on Dec. 27. At the time of Tirabassi’s appointment as director, his business address was listed as the Secretariat of State in Vatican City.

In early November, Italian media reported that Rome financial police had executed a search warrant against Tirabassi and Mincione, as well as the banker and longtime Vatican investment manager Enrico Crasso.

The reports said that the warrant was issued as part of an investigation into suspicions that the three were working together to defraud the Secretariat of State.

The Italian newspaper La Repubblica reported Nov. 6 that part of the search warrant said Vatican investigators had witness testimony that money from the Secretariat of State was passed through a Dubai-based company by Mincione before being paid out to Crasso and Tirabassi as commissions for the London building deal.

According to La Repubblica, a witness testimony in the search decree also reportedly said that there was an “axis” of understanding between Tirabassi and Crasso, in which Tirabassi, a secretariat official, would get a kickback for “directing” secretariat investments certain ways.

Tirabassi has not commented publicly on the allegations.