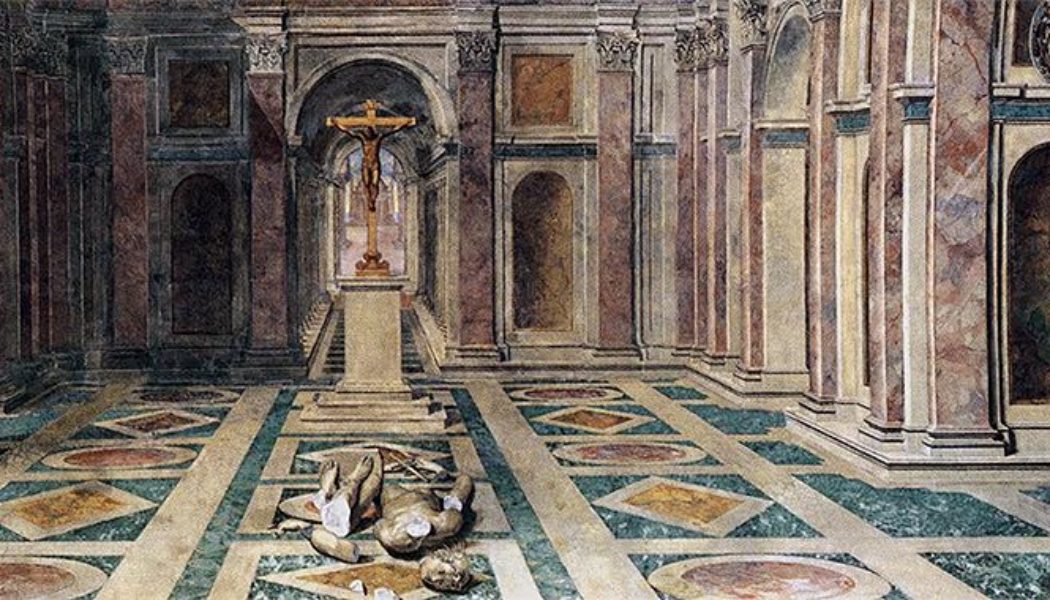 It was 2020, in the depth of COVID lockdowns, when one priest began writing. The unthinkable was taking place: Easter in the United States would be “canceled”. Churches would be shuttered. It was in this environment that Christendom Lost and Found: Meditations for a Post Post-Christian Era was written — a series of meditations about the state of the Church and Christendom, along with thoughts about where we ought to go from here. 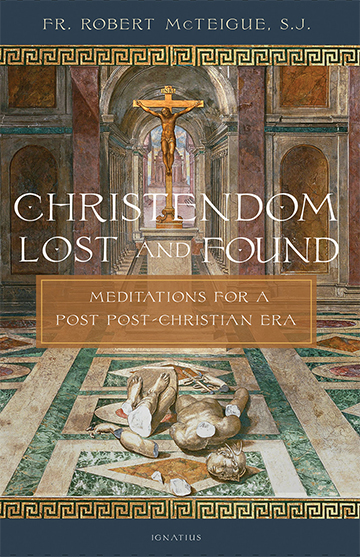 Catholics are in jeopardy, and too few are willing to acknowledge where they stand, even as the sand beneath them shifts and slides. In his latest book, Father Robert McTeigue, S.J. implores readers to assess honestly the state of Christian culture and societies that make the West, what once was collectively referred to as Christendom.

Without a sober evaluation of the state of the present, and the direction we are moving, we are doomed to continue our slide. Our enemies will make sure of it. We have enemies throughout the secular world, enemies within the Church, and plenty who would dilute the faith in an attempt to appeal to the world.

Fr. McTeigue refers to that corrupted version of the faith as “Churchianity” and warns, “Churchianity cannot match, much less exceed, the worldliness of the world.” In other words, Churchianity must fail whenever it attempts to de-nature itself to imitate the world, in the hopes of gaining the world’s approval.

It has become trendy to advocate for a kind of Christendom without Christ, by ambiguously lauding “Christian values” while dismissing any part of Christ’s message that might cause controversy; these ‘change agents’ berate as uneducated zealots any disciples of Christ who do not share their enthusiasms. Since Western societies have attempted to refashion themselves without Christ since the French Revolution, it must be admitted that we have relinquished much and gained little. The death toll of such re-organized societies, claiming to cling to reason, is staggering. Further, we have losses of Catholic art, literature, history, and culture.

Yet, where some make the mistake of advocating for a return to a utopian time, a “good old days” where all was in order, McTeigue reminds us of the enduring flaws of every epoch — made certain by man’s fallen nature. With a metered tone, Fr. McTeigue tells of the value in looking to the past with a clear vision, that we might glean what it offers. We must learn the past, to resurrect the best parts of our culture and profit from the most painful mistakes.

Moreover, we owe a debt to those who built Christendom, to receive well their gifts, and to safeguard them sufficiently that they might be inherited by our posterity. This understanding of duty to past and future was, perhaps ironically, a key characteristic of the culture that we now largely overlook, and which McTeigue regards with reverence.

At present, Christian communities are simply disappearing in some areas. In others, they are fragile and heavily dependent on a world that regards the lived faith with contempt. That world (scarcely) tolerates those who merely profess the Faith, for now, as long as the faithful don’t make decisions that prove that they hold it. Hostility from the secular world is increasing, but the faithful bear the knowledge that secular states do not endure. They cannot endure. As societies implode, they seek scapegoats. If only that cross-section of the citizenry were silenced or eliminated, all would be well, we are told. Members of society that are already critical of it and don’t fully acclimate into its degenerate culture will always be the first victims.

As times become tumultuous, Catholic communities will need to be prepared. To be equipped, they must rebuild according to what works, that they might defend their own and inter-rely. People will be needed in a variety of areas: those skilled in apologetics, spiritual warfare, and the spiritual and corporal works of mercy.

Amongst those who acknowledge our current predicament, some of the more sensational urge a Reconquista while others advocate going into hiding — various levels of withdrawing from the world. Fr. McTeigue scrutinizes the options and provides sober analysis, so that readers might be better poised for the days ahead. On point for a Jesuit, he makes heavy use of Ignatian spirituality to help readers to discern not just what must be done in the nation at large or throughout the world, but what we as individuals must do now, according to our state in life. He asks, “How shall we live now so that our posterity will bless us rather than curse us?”

In some ways, that’s not what one wants to hear, because it is easier to immerse in fantasy about what other people, and their large groups, need to do or should be doing. Discerning what we need to do as individuals is what so many books of this genre skip, and it is what matters most. He insists on the need for an examination of conscience communally and individually, if we are to move forward to difficult times without succumbing to them.

This book would benefit anyone who takes seriously the faith and their duty to defend it. Fr. McTeigue calls people to be more than they are, and to do more than they have been doing, because saying yes to Christ “requires a union with him that will demand of me a re-living with him of his own incarnate life including suffering, dying, and rising.”

Many today are living as practical atheists, but the time is coming where that will no longer be an option.