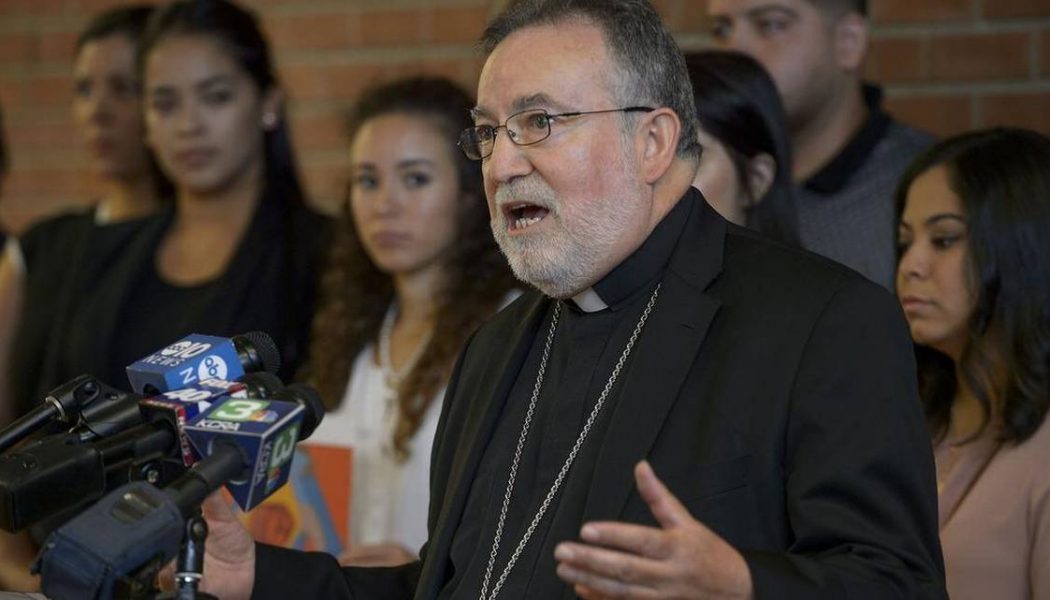 A Sacramento priest has been exiled from the Roman Catholic Church by the Diocese of Sacramento for continuing to hold Mass and teach publicly during his suspension. His gatherings were marked by his refusal to acknowledge the legitimacy of the current pope.

Father Jeremy Leatherby incurred an automatic excommunication for “offering Mass and teaching publicly to a number of the faithful” and questioning the legitimacy of Pope Francis.

“He has substituted the Holy Father’s name with the name of his predecessor, and omitted my name during the recitation of the Eucharistic Prayer while offering Mass,” Sacramento Bishop Jaime Soto said in a letter on Friday.

Soto called and wrote to Leatherby repeatedly, but the priest did not reply, according to Soto’s letter. Leatherby was substituting the name of Pope Francis during liturgy of the Eucharist with the name of his predecessor, Benedict XVI, who resigned as pontiff to retire in 2013.

Leatherby faced allegations of violation of priestly promises in 2016, leaving his priesthood in an indecisive state. Soto assured the Catholic community that his excommunication was unrelated to the ongoing investigation into sexual misconduct involving women.

Despite his suspension, Leatherby continued to hold public Mass. He faced criticism for continuing to gather and offer the Eucharist for private gatherings on Sundays, despite the orders to cease church due to the coronavirus pandemic. Over 350 people were attending Leatherby’s gatherings, which he deemed necessary, as church closures “violated the law of the Church.”

During the Masses he led, Leatherby “celebrated in union” with Pope Benedict, not Pope Francis.

“Many who have joined me hold, like I do, that Benedict remains the one true Pope,” Leatherby wrote in a letter following his excommunication.

Soto has instructed members of the diocese to refrain from allowing Leatherby to offer sacraments. The bishop also called on the community to pray for the former priest’s reconciliation with the Catholic Church

For Leatherby, however, the papacy is too important for him to overlook, he said.

“No longer being in union with the church over which Bergoglio (Pope Francis) reigns,” referring to Francis by his birth name in a letter obtained by The Sacramento Bee. “I am seeking a dispensation from the clerical state in that church. I no longer want to be affiliated with it through canonical ties,” Leatherby wrote.

Leatherby is the grandson of the creators of the famous Sacramento creamery chain.