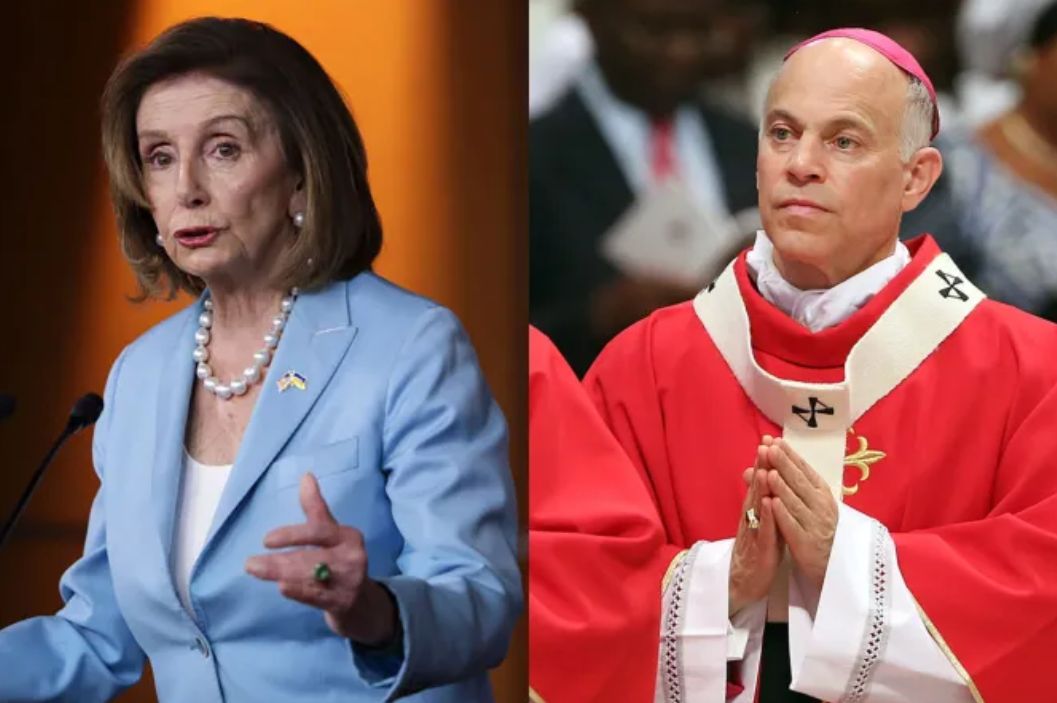 “I asked her to repudiate this position, or else refrain from referring to her Catholic faith in public and receiving Holy Communion,” he wrote.

“I also advised her that if she refused to do this, I would be forced to make a public announcement that she is not to be admitted to Holy Communion.”

He said that he received no response, but contacted Pelosi again a month later when she described herself as a “devout Catholic” while explaining why she supported abortion, in the wake of the leak of a draft opinion suggesting the Supreme Court could strike down Roe v. Wade.

“In consequence of all this and all that has led up to it,” Cordileone told priests, “it is my determined judgment that this resistance to pastoral counsel has gone on for too long, and there is nothing more that can be done at this point to help the Speaker understand the seriousness of the evil her advocacy for abortion is perpetrating and the scandal she is causing.

“I therefore issued her the aforementioned Notification that she is not to be admitted to Holy Communion,” he wrote.

Cordileone and Pelosi have clashed repeatedly over abortion since Benedict XVI appointed Cordileone to lead the San Francisco Archdiocese in 2012.

Tensions rose notably in 2021 as the push to overturn the 1973 Roe v. Wade decision reached the Supreme Court and the U.S. bishops engaged in a heated discussion over whether pro-abortion politicians should be denied Communion.

In May 2021, Pelosi said that she was “pleased” with a Vatican letter to the U.S. bishops addressing the debate. She claimed that the Vatican had instructed the bishops not to be “divisive” on the issue.

In response, Cordileone said the Vatican was in fact promoting “dialogue” between bishops and pro-abortion politicians, “to help them understand the grave evil they are helping to perpetrate and accompany them to a change of heart.”

In July 2021, Cordileone sharply criticized Pelosi after she cited her Catholic faith while defending efforts to permit federal funding of elective abortions.

The archbishop launched a prayer campaign in September 2021 aimed at inspiring “a conversion of heart” among politicians supporting abortion, “beginning with the leader of the House, Speaker Nancy Pelosi.”

Cordileone urged Catholics to sign up for the “Rose and Rosary for Nancy” campaign, which delivered thousands of roses to the speaker as a symbol of prayer and fasting for the 82-year-old mother of five.

In October 2021, Pelosi met with Pope Francis at the Vatican. Commenting on the audience, Cordileone said that “popes meet with everyone” and that the encounter didn’t signal a papal endorsement of the Speaker’s views on abortion.

In his letter to priests, Cordileone acknowledged that his decision could lead to an increase in attacks on Catholic churches.

“Our churches are already being targeted for violence, and our worship services are being disrupted, which motivated me to send you the memo last week asking you to be more attentive to security measures on your property. These attacks may now likely increase. I realize this,” he said.

Size. Significant improvements have been made to ways to limit gambling addiction and get help for those who need it the most. For more information about the ride neuron affiliate program please click here.