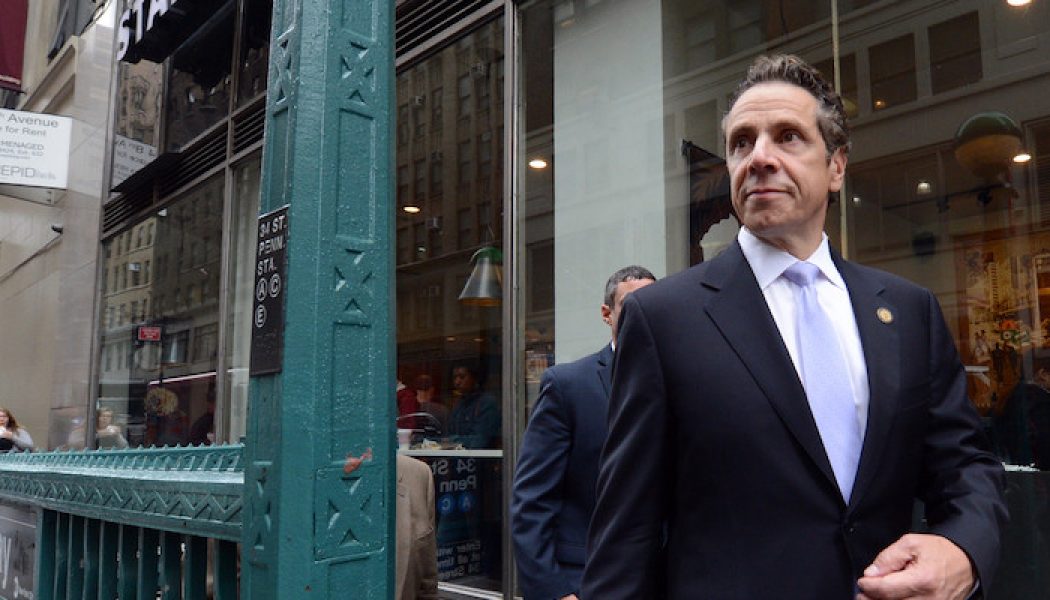 At the press conference on Friday announcing the New York shutdown, Governor Andrew Cuomo said, “I want to be able to say to the people of New York—I did everything we could do. And if everything we do saves just one life, I’ll be happy.”

This statement reflects a disastrous sentimentalism. Everything for the sake of physical life? What about justice, beauty, and honor? There are many things more precious than life. And yet we have been whipped into such a frenzy in New York that most family members will forgo visiting sick parents. Clergy won’t visit the sick or console those who mourn. The Eucharist itself is now subordinated to the false god of “saving lives.”

Truth is another casualty of this sentimentalism. The media bombard the public with warnings about the danger posed by the coronavirus, when the truth is that only a small percent of the population of New York is at risk. By an unspoken agreement, leaders, public health officials, and media personalities conspire to heighten the atmosphere of crisis in order to get us to comply with their radical measures.

A number of my friends disagree with me. They support the current measures, insisting that Christians must defend life. But the pro-life cause concerns the battle against killing, not an ill-conceived crusade against human finitude and the dolorous reality of death.

Others speak as if triage signals moral failure. This is false. We are always doing triage. Only the great wealth of our society allows us to pretend otherwise. We do not spend 100 percent of GDP on healthcare. Even in normal times, we ration healthcare by price, waiting times, and physician discretion. We do not offer organ transplants willy-nilly. Our finitude always requires the hard moral labor of triage. That demand is now more visible, because the potent virus puts great pressure on our immune systems and healthcare systems. But it is always there.

Put simply: Only an irresponsible sentimentalist imagines we can live in a world without triage. We must never do evil that good might come. On this point St. Paul is clear. But we often must decide which good we can and should do, a decision that nearly always requires not doing another good, not binding a different wound, not saving a different life.

There is a demonic side to the sentimentalism of saving lives at any cost. Satan rules a kingdom in which the ultimate power of death is announced morning, noon, and night. But Satan cannot rule directly. God alone has the power of life and death, and thus Satan can only rule indirectly. He must rely on our fear of death.

In our simple-minded picture of things, we imagine a powerful fear of death arises because of the brutal deeds of cruel dictators and bloodthirsty executioners. But in truth, Satan prefers sentimental humanists. We resent the hard boot of oppression on our necks, and given a chance, most will resist. How much better, therefore, to spread fear of death under moralistic pretexts.

This is what is happening in New York as I write. The media maintain a drumbeat of warnings. And the message is not just that you or I might end up in an overloaded emergency room gasping for air. We are more often reminded that we can communicate the virus to others and cause their deaths.

Just so, the mass shutdown of society to fight the spread of COVID-19 creates a perverse, even demonic atmosphere. Governor Cuomo and other officials insist that death’s power must rule our actions. Religious leaders have accepted this decree, suspending the proclamation of the gospel and the distribution of the Bread of Life. They signal by their actions that they, too, accept death’s dominion.

More than one hundred years ago, Americans were struck by a terrible flu pandemic that affected the entire world. Their reaction was vastly different from ours. They continued to worship, go to musical performances, clash on football fields, and gather with friends.

We tell ourselves a fairy tale about that reaction: Those old-fashioned people were superstitious and ignorant about medical science. They abandoned the weak to the slaughter of the disease for no good reason. We, by contrast, are scientific and pro-active, meeting the threat of disease with much greater intelligence and moral rectitude. We suspend worship and postpone concerts. I’m sure we’ll cancel family reunions as well. We know best what is most important—saving lives!

That older generation that endured the Spanish flu, now long gone, was not ill-informed. People in that era were attended by medical professionals who fully understood the spread of disease and methods of quarantine. Unlike us, however, that generation did not want to live under Satan’s rule, not even for a season. They insisted that man was made for life, not death. They bowed their head before the storm of disease and endured its punishing blows, but they otherwise stood firm and continued to work, worship, and play, insisting that fear of death would not govern their societies or their lives.

We, by contrast, are collectively required to cower in fear—fear that we’ll die redoubled by the fear that we’ll cause others to die. We are stripped of whatever courage we might be capable of. Were I to host a small dinner party tonight, wanting to resist the paranoia and hysteria, I would be denounced. Yesterday, Governor Cuomo saw young people playing basketball in a New York City park. “It has to stop and it has to stop now,” he commanded. Everyone must live under death’s dominion.

Alexander Solzhenitsyn resolutely rejected the materialist principle of “survival at any price.” It strips us of our humanity. This holds true for a judgment about the fate of others as much as it does for ourselves. We must reject the specious moralism that places fear of death at the center of life.

Fear of death and causing death is pervasive—stoked by a materialistic view of survival at any price and unchecked by Christian leaders who in all likelihood secretly accept the materialist assumptions of our age. As long as we allow fear to reign, it will cause nearly all believers to fail to do as Christ commands in Matthew 25. It already is.