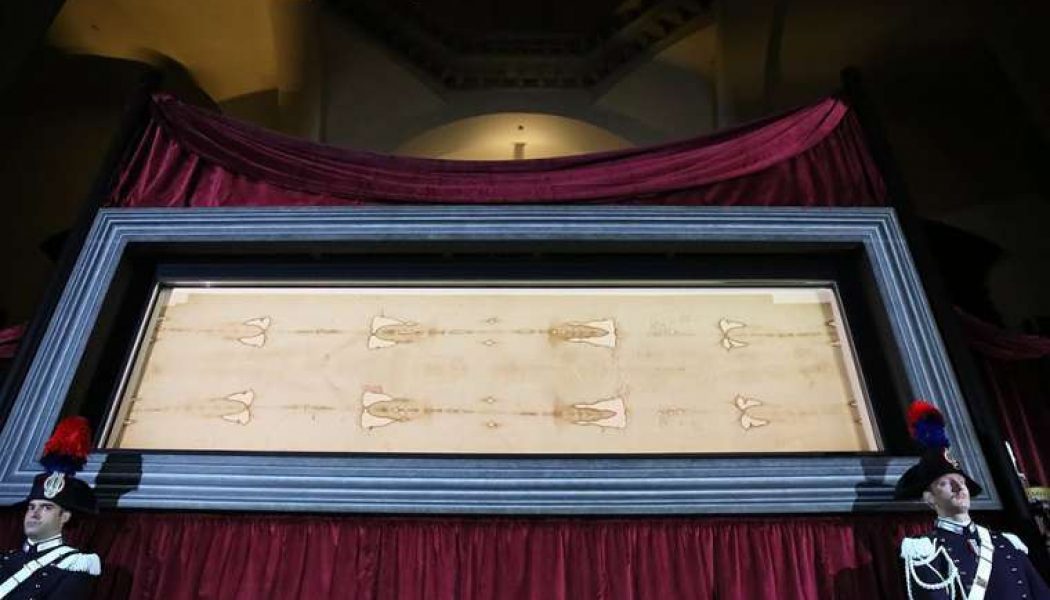 Turin, Italy, Apr 6, 2020 / 04:00 am (CNA).- Catholics around the world will be invited to pray virtually before the Turin Shroud on Holy Saturday as the world struggles to contain the coronavirus pandemic, Church officials have said.

The Shroud, which bears the image of a crucified man and has been venerated for centuries as Christ’s burial cloth, will be displayed via livestream at 5pm local time April 11.

Archbishop Cesare Nosiglia will preside over a liturgy from the chapel of Turin cathedral where the Shroud is kept in a climate-controlled vault. It will be broadcast live on television and social media.

The archbishop said he was responding to thousands of requests from people asking to venerate the Shroud amid a global crisis that has so far claimed nearly 70,000 lives.

“Thanks to television and social networks,” he said, “this time of contemplation will make available to everyone throughout the world the image of the sacred cloth, which reminds us of the Lord’s passion and death, but also opens our hearts to faith in His resurrection.”

He said he hoped that the ceremony would give strength to those suffering amid the pandemic.

“Yes, the love with which Jesus gave us his life and which we celebrate during Holy Week is stronger than any suffering, every illness, every contagion, every trial and discouragement,” he said. “Nothing and no one can ever separate us from this love, because it is faithful forever and unites us to him with an indissoluble bond.”

Turin is located in northwest Italy, not far from the epicenter of the coronavirus outbreak in the country, which has led to nearly 16,000 deaths and a nationwide lockdown since March 10.

Archbishop Nosiglia announced last year that the Shroud would be displayed in December 2020 when Turin hosts an annual meeting organized by the Taizé Community. This would be the fifth time that the Shroud has gone on public display since the year 2000.

The last time the Shroud was presented to the public was in 2015. Pope Francis prayed before the relic during a visit to Turin on June 21 that year. Afterwards, he described it as an icon of Christ’s love.

“The Shroud,” the pope said, “attracts people to the face and tortured body of Jesus and, at the same time, urges us on toward every person who is suffering and unjustly persecuted.”