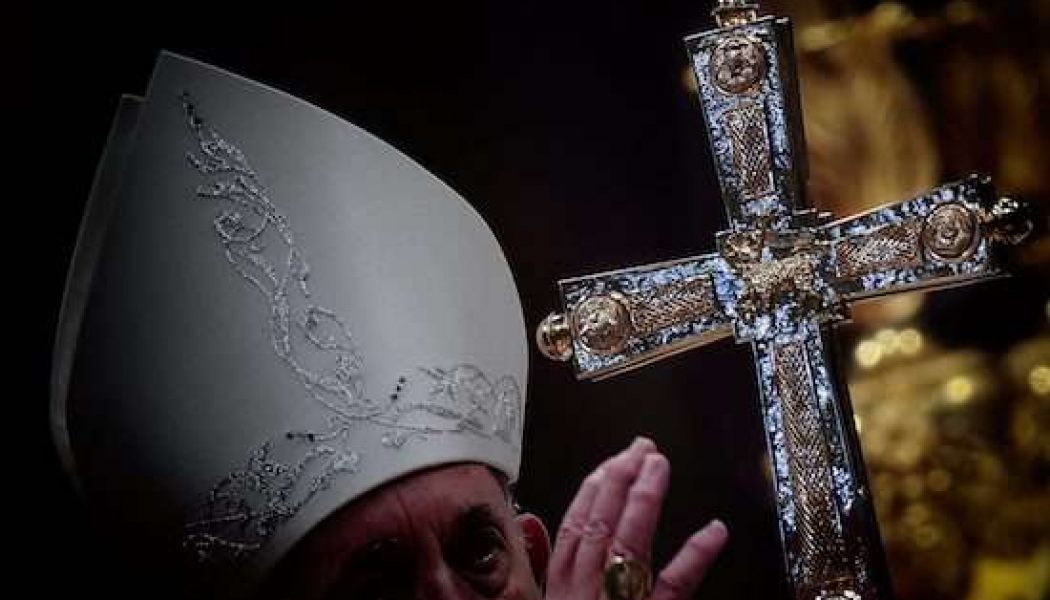 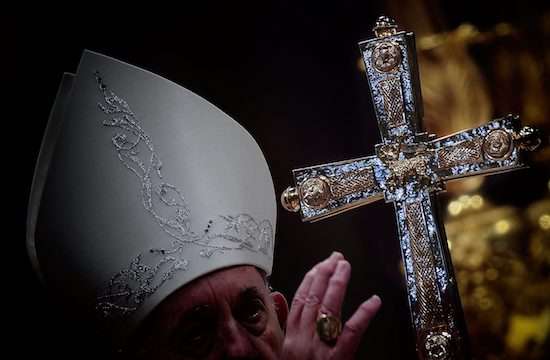 During a late summer press conference on upcoming celebration to the 800thanniversary of the Rule of Saint Francis, an Italian bishop quite casually mentioned in passing that Pope Francis will “soon be issuing an encyclical on human fraternity”.

The bishop was Domenico Pompili. He heads the Diocese of Rieti, a suffragan see of Rome.

He gave no further clues or information about the alleged new encyclical when he made that brief comment on August 26.

But unless he had a lapsus and was actually referring to some other type of papal document, it’s likely that an encyclical dealing with human fraternity – even if that is not the name or principle theme – is imminent.

The 57-year-old Pompili is considered somewhat of a rising star in the Italian Church.

Francis appointed him to Rieti in 2015 while the Rome-educated moral theologian (Gregorian University) was serving as priest-undersecretary of the Italian Bishops’ Conference and head of its national office for social communications.

The pope apparently keeps in regular contact with him, especially after a devastating earthquake struck Rieti in August 2016. Francis visited the diocese several weeks after the quake and returned again last December. He and Pompili seem to have a good rapport.

Since the bishop dropped the news about the upcoming encyclical, there has been lots of speculation the last week or so about the actual date of its releases and what it is likely to say.

Many commentators are betting on the October 4 feast day of Francis of Assisi, the saint whose name Jorge Mario Bergoglio adopted when he was elected Bishop of Rome in March 2013.

Whether that’s when the pope signs the text or actually releases it to the public, the encyclical will be closely linked to the spirit and legacy of the world’s most beloved saint.

Whoever has ears, let them listen

“It will be a social and economic encyclical for the post-COVID world, a text of reason and heart with which the pontiff will speak to the world about the necessary changes in social and productive organization, the need to safeguard creation, the need to take responsibility for one another and of the increasing need for human fraternity,” opined Maria Antonietta Calabrò in the Italian edition of the Huffington Post.

Indeed, Francis has already begun spelling that out in a new series of teachings called, “To heal the world.”

He started the series at the beginning of August when he resumed his Wednesday general audiences following a month-long break.

“In the next few weeks…” he said on August 5. “We will explore together how our Catholic social tradition can help the human family heal this world that suffers from serious illnesses.”

In the introductory installment Francis made it clear that the Church does not make decisions that are more proper to political and social leaders.

“Nevertheless, over the centuries, and by the light of the Gospel, the Church has developed several social principles which are fundamental principles that can help us move forward in preparing the future that we need,” he said, pointing to Catholic social doctrine.

We must take care of each other

The following Wednesday the theme of the catechesis was “faith and human dignity”. The pope began by noting that “the pandemic has highlighted how vulnerable and interconnected everyone is”.

“If we do not take care of one another, starting with the least, with those who are most impacted, including creation, we cannot heal the world,” he insisted.

Francis said it is a question of living in communion or “harmony” with one another, rather than living as “individualists” who are “indifferent” to the needs of others.

“The harmony created by God asks that we look at others, the needs of others, the problems of others, in communion”, recognizing “the human dignity in every person, whatever his or her race, language or condition might be”, the pope continued.

“The pandemic has exposed the plight of the poor and the great inequality that reigns in the world,” he began a week later at the August 19 general audience, which was focused on the “preferential option for the poor“.

“This is not a political option; nor is it an ideological option, a party option… no. The preferential option for the poor is at the center of the Gospel!” the Jesuit pope exclaimed.

A vaccine cannot be the property of the rich

He then decried our current system of social and economic injustices that hurt the poor and the environment.

“It would be sad if, for the vaccine for COVID-19, priority were to be given to the richest! It would be sad if this vaccine were to become the property of this nation or another, rather than universal and for all. And what a scandal it would be if all the economic assistance we are observing – most of it with public money – were to focus on rescuing those industries that do not contribute to the inclusion of the excluded, the promotion of the least, the common good or the care of creation,” he hammered on.

He reiterated forcefully that only those companies and business “that contribute to the inclusion of the excluded, to the promotion of the last, to the common good and the care of creation” should be given financial assistance. Period.

An injustice that cries out to heaven!

The past two Wednesdays the pope has spoken more specifically of “the universal destination of goods” (including fairer distribution of wealth) and the principle of “solidarity“.

At the August 26th audience he railed against economic and social inequality.

“We must say it simply: the economy is sick,” he lamented.

“In today’s world, a few wealthy people possess more than all the rest of humanity,” he went on.

“I will repeat this,” he said, “so that it makes us think: a few wealthy people, a small group, possess more than all the rest of humanity. This is pure statistics. This is an injustice that cries out to heaven!”

Then, last week – his first audience before a large crowd of people since the COVID lockdown – Pope Francis said now more than ever is the time for enacting solidarity.

But he said it’s a concept that is often understood as merely making sporadic acts of charity. No, he said, it is something much more.

“It presumes the creation of a new mindset which thinks in terms of community and the priority of the life of all over the appropriation of goods by a few,” he said, quoting his first major document, Evangelii gaudium.

In fact, there is likely to be a number of quotes from this 2013 apostolic exhortation in his forthcoming encyclical on human fraternity. And there are sure to be many references the 2015 encyclical Laudato si’, as well.

This is not to say that encyclical will be simply a re-statement, “highlights” or “the best of” these earlier documents. No, whatever comes next will build on these texts and other reflections Francis, his aides and many others have produced on these issues the past several years.

Like any good teacher, Pope Francis knows it is important to keep returning in different and more probing ways to the subject matter. Expect the next encyclical to take the Church social teaching to a whole new level.