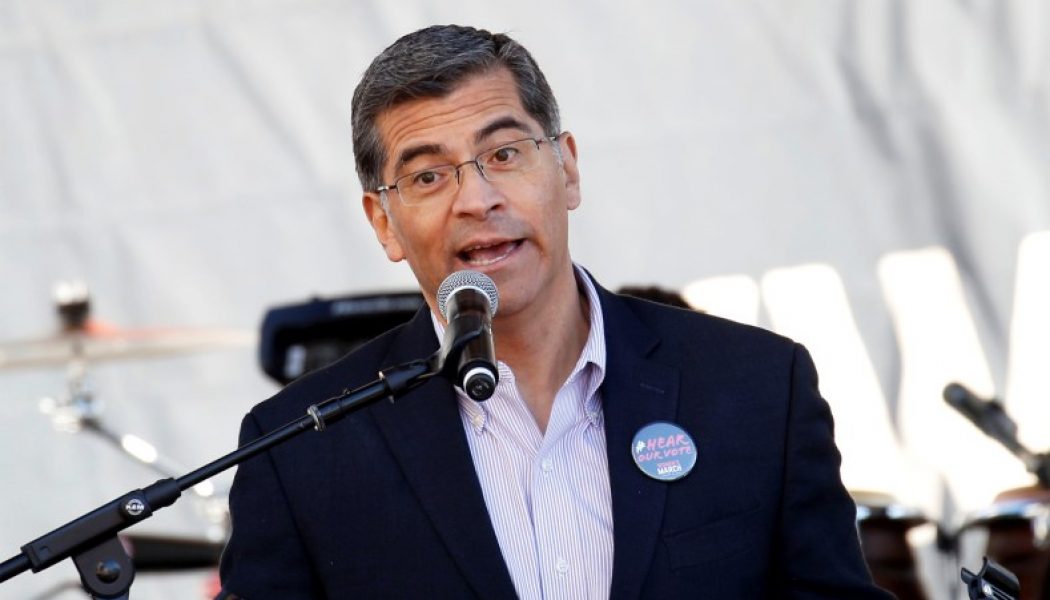 It is possible that no one loves nuns more than I do — or spends more time with them as our Mark Wright attested to in NR’s 65th anniversary issue in December. Cloistered nuns and religious sisters happen to be some of my dearest friends and holy conspirators. And while I am grateful to her fiat to God with her religious life as a Daughter of Charity, how on earth was Sister Carol Keehan, former president and chief executive officer of the Catholic Health Association of the United States, “relieved” when Joe Biden announced Xavier Becerra for his Health and Human Services pick? And what is she even talking about in this NBC opinion piece chiding Republicans for picking on his faith? Unless she’s saying that mere cultural Catholicism in the public square is all that is acceptable. Which happens to sound a lot like the anti-Catholicism to me.

Readers in these parts know that it is not for Becerra’s love for protecting the religious freedom of the Little Sisters of the Poor who serve the elderly poor that we’ve spoken out against his confirmation editorially and individually. He has opposed Church teaching in the public square, and somewhat aggressively. Again, the anti-Catholicism — if you want to put it that way — is coming from him and his allegiance to secular sexual revolutionary values. Left or Right, we cannot use our professed faith for cover, or to hide or justify support for evil — which is what abortion, and in its latest stages, is. That’s trying to make God in the image of an ideology. Forcing the Little Sisters and others to provide coverage for contraceptives and abortion-inducing pills is not safeguarding women’s health, it is wrecking religious liberty. And it’s such a deep disrespect for their faith-based work, so essential to a healthy democratic republic. Becerra’s bullying them — and somehow supposedly as a Catholic value — is a sign of our deep sickness.

Catholic social teaching is one of the great untapped resources — and I know many of other faith who would agree — to so much of the human misery that exists in our country and world today. When Sister testifies to Becerra’s commitment to human dignity, she misses the opportunity to challenge our Catholic president to challenge his party and heal the nation from the abortion extremism it insists on. I have not watched every minute of the Becerra hearings, but I have no idea what she is talking about when she accuses Beccera’s critics of anti-Catholicism. This seems to be her “evidence”:

Last month, Senate Minority Leader Mitch McConnell, R-Ky., claimed on the Senate floor that Becerra’s health care experience was limited to suing those “who dare to live out their religious convictions” — a reference to the involvement of Becerra’s office, along with officials from other states, in lawsuits defending the women’s health-related provisions of the Affordable Care Act.

That reads to me as though Sister Carol Keehan is throwing the Little Sisters of the Poor under the bus, as they say. This is not the best face of Catholicism, and really should be an examination of conscience for Catholics in America who are increasingly looking a lot like images of two crazed political parties, instead of Christ. We are called to something better, and I sure know some sisters who live it, including in their public testimonies.

I’m not a theologian, but we clearly have an out-front, in the open, bludgeon of a practical heresy in American politics today, where people on the left insist that Catholicism is the Democratic Party platform. Catholicism, I hope it is needless to say, isn’t the Republican Party platform, either.

Don’t we want to be stretched to greater love and quit diminishing the possibilities of real Christianity? The beauty of the Beatitudes beats the misery the abortion industry inflicts any day. The Sermon on the Mount is what Catholicism is about, not insisting on Xavier Beccera’s confirmation.