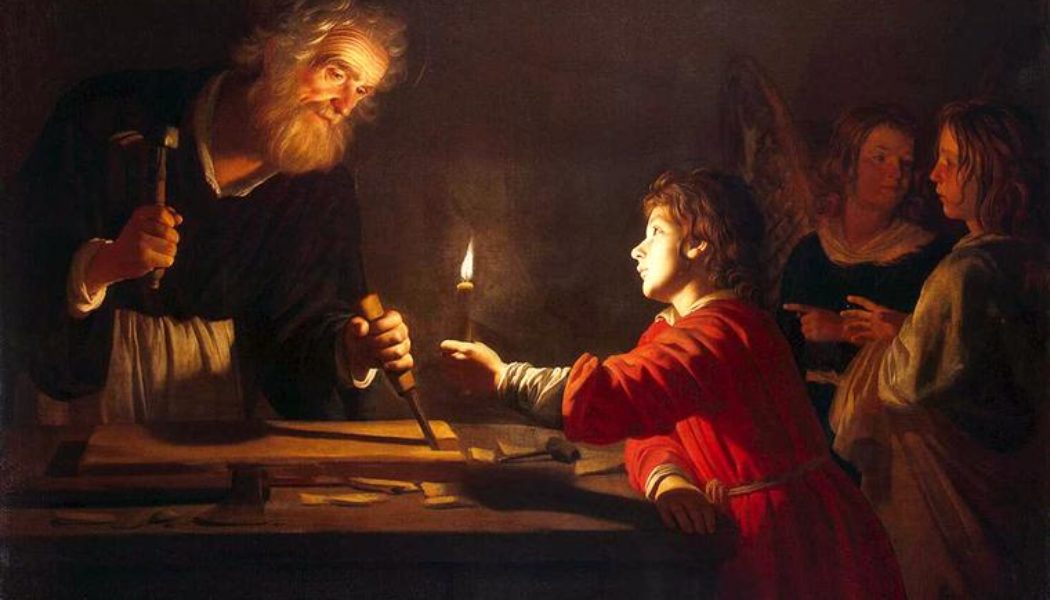 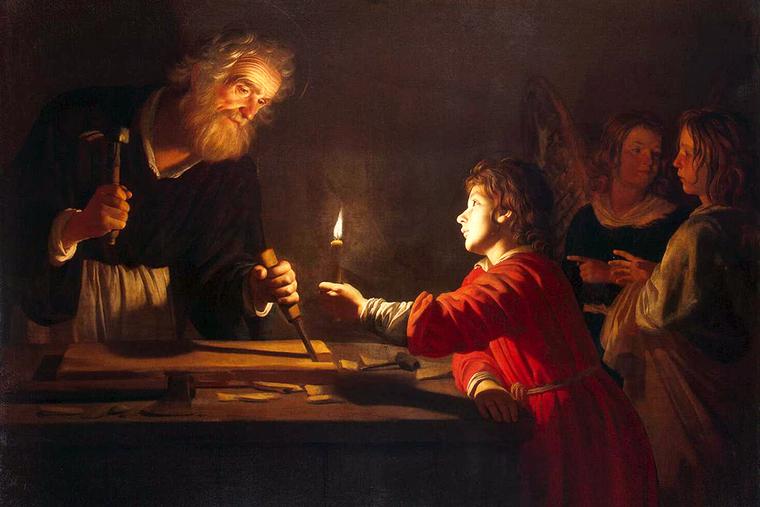 More than a foster father, St. Joseph is a model for all men raising children.

Foster fathers play a significant and sometimes critical role in caring for children from troubled backgrounds, but because their role is often temporary, they don’t get much mention on Father’s Day.

St. Joseph has long been referred to as Jesus’ “foster father” even though we have every reason to believe his presence was steady and abiding throughout Our Lord’s youth.

The title of foster father doesn’t quite fit St. Joseph or any other man who raises a child but may not be their biological father, says Father Gary Caster, author of Joseph, the Man Who Raised Jesus, and parochial vicar at St. Columba, St. Francis of Assisi and St. Patrick parishes in Ottawa, Illinois.

St. Joseph wasn’t a “stand in” because God asked him to care for and protect Our Lord and his Blessed Mother, Father Caster said.  He never faltered in that role, and his sole aim was their welfare and wellbeing.

“In every essential way that matters in terms of his humanity, he was the father of Jesus except biologically — every way a person needs a father,” Father Caster said. “Some say earthly father. We can get the point across by saying earthly father without diminishing his role.”

St. Joseph’s role in his relationship to Jesus was as the “earthly shadow of the heavenly Father,” Pope Francis wrote in his apostolic letter, Patris Corde: On the 150th Anniversary of the Proclamation of Saint Joseph as Patron of the Universal Church.“He watched over him and protected him, never leaving him to go his own way.”

The Holy Father wrote: “Saint Joseph reminds us that those who appear hidden or in the shadows can play an incomparable role in the history of salvation.”

Whether or not they are biological fathers, fathers aren’t born but rather they are made, Pope Francis wrote. “Whenever a man accepts responsibility for the life of another, in some way he becomes a father to that person.”

St. Joseph not only accepted responsibility but set an example with his virtues of humility, chastity, obedience and prudence, according to Father John Hardon in his article, “St. Joseph — Foster Father of Jesus.” The saint should especially be imitated in his love for Jesus and Mary, Father Hardon wrote.

“Joseph put his love to work. He did not merely tell Jesus and Mary that he loved them. He acted out his love. He lived it.”

Foster dads live their love, too, with children who frequently have suffered neglect. In 2019, 424,000 children were in U.S. foster care.

“Foster dads can protect the child from harm, provide a safe and secure home, offer nutritious meals, and open up a doorway of opportunities for foster children, granting them new and exciting experiences that they may never have dreamed of,” wrote Dr. John N. DeGarmo.

As St. Joseph loved Jesus, he set an example for fathers — biological or foster — to avoid being overly protective or possessive, Pope Francis wrote. “The logic of love is always the logic of freedom, and Joseph knew how to love with extraordinary freedom. He never made himself the center of things. He did not think of himself but focused instead on the lives of Mary and Jesus.”