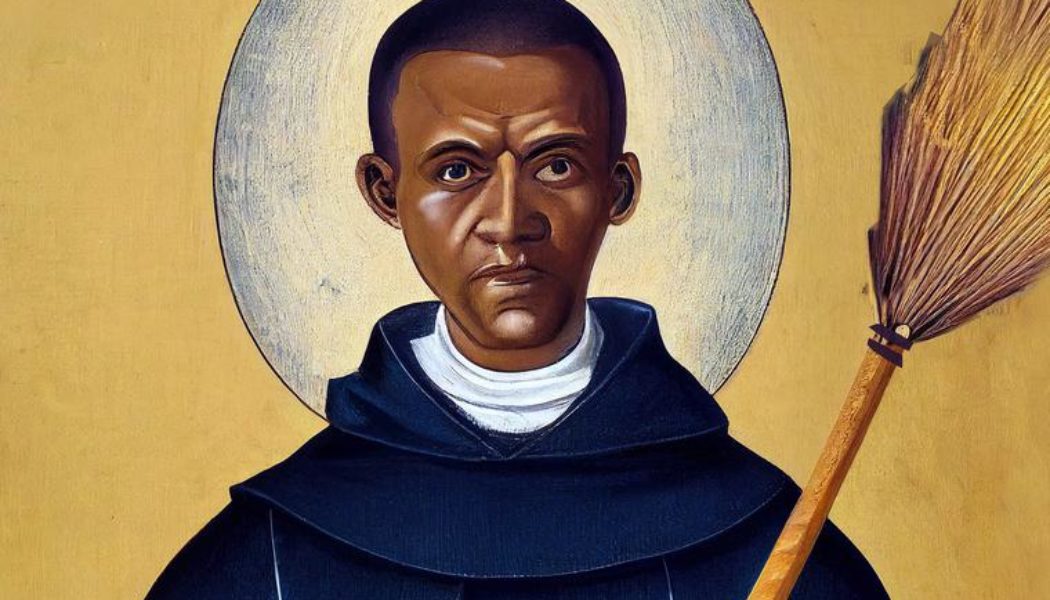 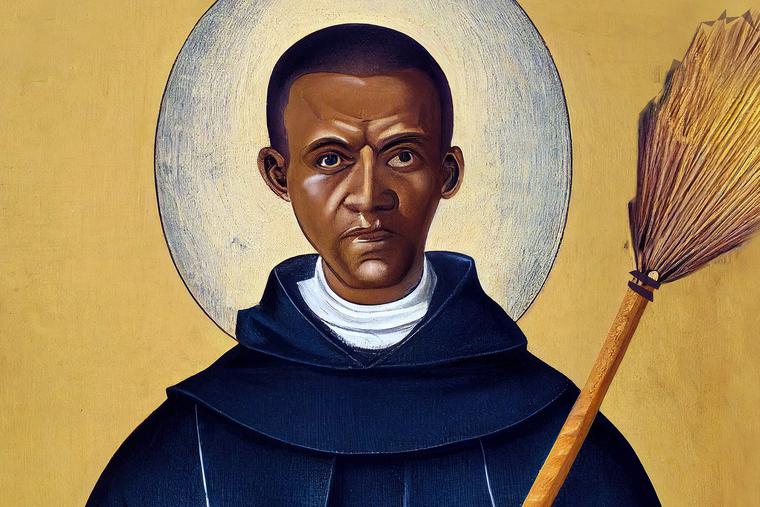 My mother, Gerardine Ann Frawley, a former publisher of the Register, was just 21 when she began her life-long devotion to St. Martin de Porres. And though the 17th-century mixed-race Dominican from Peru and the Canadian-born child of Irish immigrants would appear to have little in common, St. Martin offered “Gerry” great comfort during some of the darkest moments of her life.

The story begins in 1945. Gerry had just delivered her first child, Frances, in California. A native of Vancouver, British Columbia, she had married my father, Patrick, toward the end of the Second World War, and the two were on their way to Nicaragua, where he would be working for his father, a successful British businessman.

But the young couple’s plans imploded when Gerry was diagnosed with active tuberculosis.

At the time, the medical community had yet to confirm the best medicines for treatment of this infectious disease. As a result, a TB diagnosis was a very serious matter, and could be a death sentence for some patients.

Gerry was immediately separated from her husband and newborn child and sent to a sanitarium in Monrovia, California, run by the Maryknoll Sisters, a Catholic missionary order. She would remain there for two and a half years.

Doctors collapsed her infected lung in an attempt to check the spread of TB to her healthy lung. Medical protocols at that time required that she rest quietly in bed, isolated from the outside world. Even books were not permitted, and television was not yet available.

Anxiety about her infant daughter’s welfare and her husband’s struggle to rethink his plans to support the family shadowed the long days that stretched before her.

Interactions with nurses and physicians punctuated the tedium. And one day a Maryknoll sister, recently back from the missions, offered a message of hope to Gerry.

The sister urged her to begin a novena to Blessed Martin de Porres, who would become the patron saint for public health workers, as well as people of mixed race, innkeepers and social justice advocates, among other groups. Gerry jumped on this suggestion.

Martin began life as the illegitimate son of a Spanish nobleman and a freed slave of African and native descent. His father later abandoned the family, and Martin’s mother took in sewing to help with expenses. He would receive training as a barber-surgeon. By his adolescence, prayer occupied much of Martin’s evenings, and he developed a life-long devotion to the Holy Eucharist.

He wanted to enter the Dominican Convent of the Rosary in Lima. But Peruvian law at the time barred a person of mixed race from becoming a full member of a religious order. Instead, Martin was accepted as a servant boy who would perform humble duties.

In 1603, at the age of 24, he was finally permitted to became a Dominican lay brother. A decade later, he took charge of the order’s infirmary, where he would remain for more than 20 years, and became known for his miraculous healings.

Throughout this period, his ministry to the sick — rich and poor alike — extended far beyond the confines of the Dominican convent, and he established an orphanage and hospital.

Walking the streets of Lima, he often paused to care for a beggar, bringing some back to his home and caring for them himself. His fellow Dominicans occasionally reproved him for this practice. But though Martin himself had been a frequent target of bigotry, his compassionate heart guided his own response to such injustice. He served all without concern for the punitive social codes of the day, and appeared more perplexed than angry when he witnessed un-Christian behavior in others.

Like Blessed Solanus Casey — the Capuchin porter who was not permitted to preach a homily but quietly transformed the lives of hundreds of despairing people during the Great Depression — Martin’s fruitful ministry upended the complacency of his superiors.

Over time, there were reports that the infirmary director could bilocate and pass through the physical walls of buildings.

According to one story, after the Dominicans of that time sought to contain the spread of an infectious disease that swept through Lima, a large number of novices who had been sickened were moved to a separate locked building. Nevertheless, Brother Martin passed through the barriers to bring solace to his brothers.

Reflecting on Martin’s story, I thought again about the Maryknoll sister who had urged my mother to seek his intercession.

No doubt, the sister hoped that he would help my mother prevail over tuberculosis and return to her family. But surely the sister also believed that the holy man, who had bypassed locked gates to offer support to his fellow Dominicans, would also lift my mother’s spirits during her long, lonely days in the nursing home.

The sisters’ hopes were not misplaced.

My mother’s health was restored. And by the time Pope John XXIII canonized Martin de Porres in 1962, she had given birth to eight more children.

My father became a business magnate and expressed his gratitude to the Maryknoll Sisters by building them a new nursing home.

A reserved person, my mother rarely spoke about her devotion to St. Martin. But she invoked his name every day as she prayed the Rosary, attended Mass and petitioned the Lord to keep her husband and all her children close to him in the Church. Occasionally, she spoke about her stay at the Maryknoll facility, but mostly to acknowledge that it had honed her powers of endurance and helped her stay the course in difficult times.

And there had been difficulties. My father was an alcoholic for a period of time before enrolling in a successful treatment program. My parents lost two chidren, one to a serious congenital condition and another in a plane crash.

My father also struggled with his faith at times, and this weighed heavily on my mother.

Then, on Nov. 3, 1998, he died suddenly at the age of 75, following complications from a lung cancer procedure.

The news stunned us all, and my heartbroken mother feared that her husband had passed away before making his peace with God. By the end of that awful day, however, that anxiety abated, as the holy man from Peru who remained by her side for much of her life signaled that he was now accompanying her husband with the same merciful compassion that inspired his intercessions on her behalf.

First, a nurse confirmed that my father had received absolution as he was dying.

Then, came the bolt from the blue as our family gathered for Mass.

Our small group of mourners had just made the sign of the cross as the Mass began. And, with surprise and joy, my mother heard the priest say: “Today is the feast day of St. Martin de Porres.”