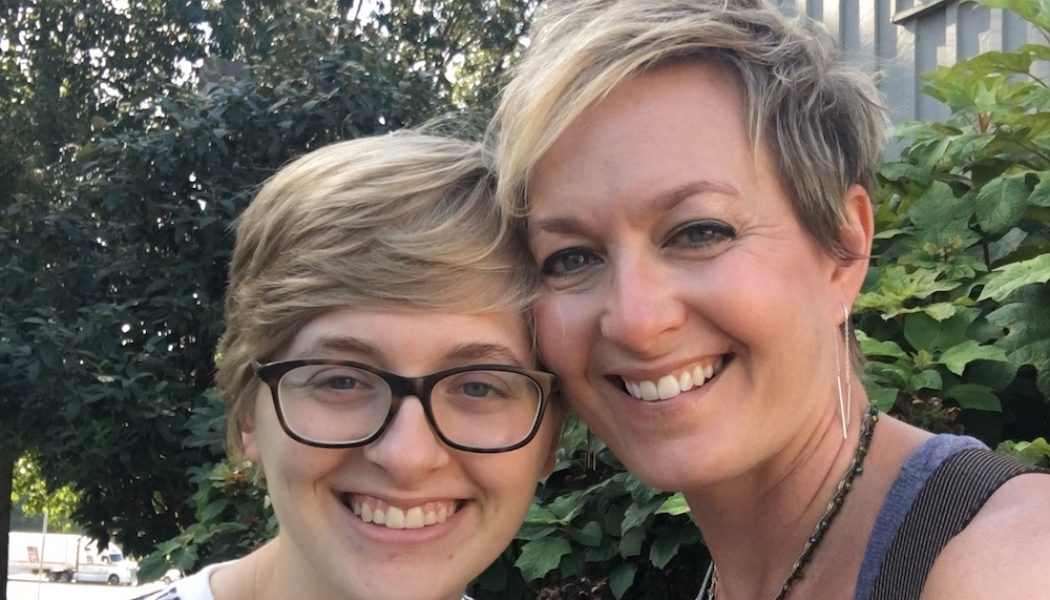 Sherri Gragg, Writer’s Digest award winner and author of Arms Open Wide: A Call to Linger in The Savior’s Presence, continues the story of taking her daughter to college.

An Emotional Goodbye From Mother to Daughter 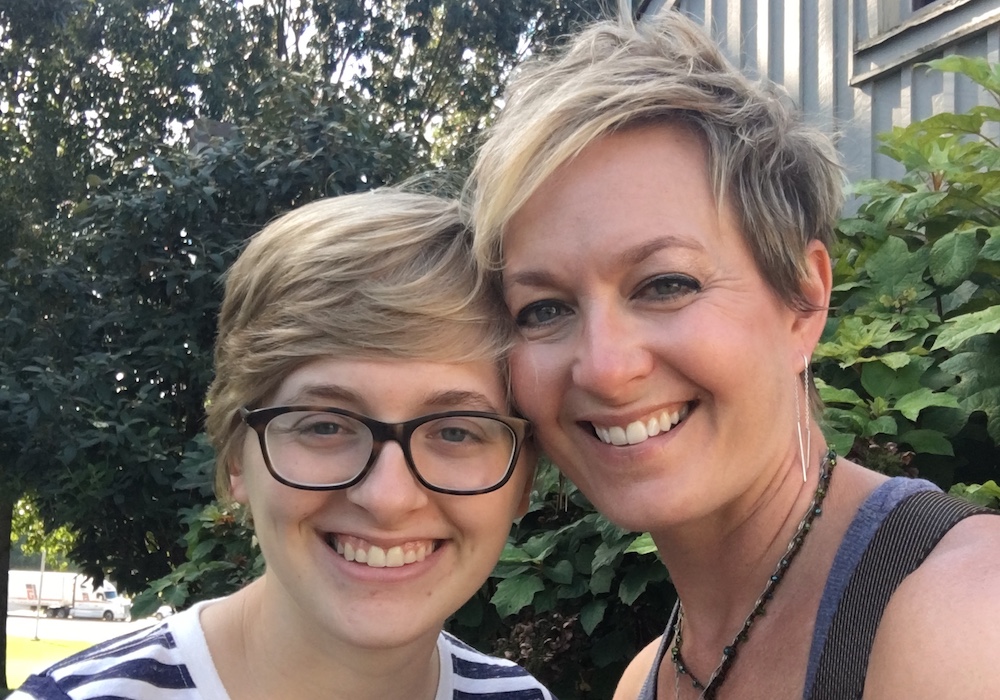 The door to her dorm room closed gently behind us as Meg took a deep breath and turned to face me.

She was right. This was it. There were no more reasonable excuses to delay, certainly not any that would allow me to go back home with any dignity left intact.

I reached out and pulled her, perhaps a little bit too tightly, into my arms. I buried my face into her neck, whispered how much I loved her, and then…I let her go.

I blinked back tears, stepped back, took her hands in mine, and said, “You are going to be ok.”

She looked into my eyes for a long moment, smiled and then said quietly, “So are you.”

I gave her one last brave smile and then made a dash for the elevator before I made a scene neither of us wanted to endure.

I thought that was tough.

But nothing could have prepared me for walking back into our home without her.

As my mother said to me later that afternoon, “Now comes the hard part.”

She wasn’t kidding. I know it sounds dramatic, I really do, but I felt like some essential part of me had been amputated. I felt like I was going to die.

The grief I felt upon arriving home without Meghan was so powerful, so tangible, that it had a clarifying effect on me. Suddenly, I realized that God had something important to say to me in the middle of it.

In 1 Peter 2:11, Peter calls His fellow believers “sojourners,” those who are on a journey to their true heavenly home. It is a difficult truth that for some of us, this journey won’t always be through verdant, shady oases. Some of us will find that the ground grows rocky as the gentle canopies overhead thin and then disappear to allow the sun to beat down upon us. Cool streams of abundance that once bubbled alongside our way slow to a trickle and then disappear completely until we find ourselves in a place of barrenness and need where were are utterly dependent upon God’s merciful provision day after day. We call this place…the wilderness.

Israel wandered in just such a wilderness for forty years. I have been there, to the Wilderness of Zin. The cliffs rise up on either side of the gorge where, at times, a thin trickle of a spring carves its path down through the center. There are patches of vegetation here and there, but the ground’s surface is primarily dust, sand, and rock which reflects the white hot heat of the sun which glares down relentlessly overhead. It is austere and weary- hardly a place of reasonable survival for a multitude for even a few days, much less for forty years. Yet, survive, is just what Israel did. She survived day by day, year after year, receiving her provision from the very Hand of God…

The pillar of fire.

Water from dry and impossible places.

Your eyes should never be fixed upon the gift, but upon the Hand which gives it.

On the morning after I dropped Meghan off at the University of Tennessee and walked into my quiet kitchen to face the knowledge that Meg would not, in fact, shuffle sleepily in any moment to feed the dog, I came to a realization: my kids had been the manna in my own wilderness – a long, seemingly never ending journey of deeply personal sorrow that stretched years behind me and from which it seemed there would never be any end. Many days along my wilderness journey, I had wanted to stop walking but then… God would lift my eyes to my kids and I would find in them the courage to keep putting one foot in front of the other.

On a sorrowful journey, my children had been my daily provision of joy and courage provided to me straight from the Father’s Hand.

And now, suddenly, that provision had been reduced by a fifth.

As I ground the coffee and heated the water for my morning cup, I faced a terrifying truth- my manna would keep shrinking over the next few years as each of the kids left home in rapid succession.

“What on earth will I do then?” I asked God. 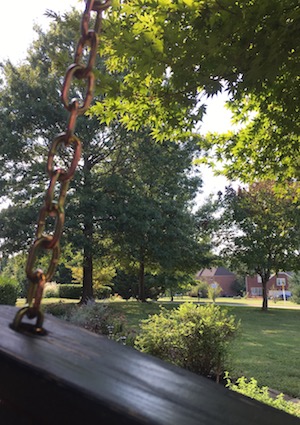 I finished pouring my coffee and went out to sit on the front porch swing. My heart felt heavy, as if a large stone had become lodged in the center of my chest. Tears filled my eyes as I looked up at the large oak tree in my front yard, the top branches softly swaying in the early morning breeze.

And that is when God gently whispered deep in my soul: Oh, how easy it is to make idols out of provision, daughter. Your eyes should never be fixed upon the gift, but upon the Hand which gives it. Your provision might change, child, but your Provider remains the same.

Then, like a slideshow in my mind’s eye, memories flashed of the people of faith gone long before. I saw Eve reach for the forbidden fruit even though she was surrounded by abundance. I saw an Israelite woman on the Sabbath scurry from her tent early in the morning to gather manna in vain. God had given her a double portion the day before so she could rest that Sabbath morning, but her fear of need drove her from her tent with the rising sun.

I saw Israel enter the promised land, given to her by the God Who redeemed her from slavery, only to bow down to Baal, the pagan god of the dew and the rain, in the hope that he would make their crops prosper.

On a sorrowful journey, my children had been my daily provision of joy…

It seemed my weakness, that of becoming more dependent on my provision than my Provider, was one that was only painfully too common.

Giving Back to The God Who Sees You

The porch swing rocked gently back and forth as I closed my eyes, took a deep breath, and returned my children, all of my children, back to the Father.

And then I thanked Him for reminding me that though His provision for me might change, His Hand would never be empty as it reaches for me.

Not long ago, as I was reading Jesus Calling, I came across the story of another woman in her own wilderness, a woman who felt desperate and alone. Her name was Hagar, and she was a slave.

Genesis 16 tells us the remarkable story of how she entered a barren place of crushing need and came face to face with God. Her name for Him? “Beer-lahai-roi”

The God who sees me.

Are you in the wilderness today? Does your wilderness, like mine, stretch years behind you? Does it seem it will never end? Your God remains Beer-lahai-roi, The God who sees you. Though His provision for you may change along the way, His Hands will never be empty as they reach for you.

Hosting reviews – your hosting expert. As a live chat support agent, you can work from anywhere as long as you have an internet connection. It can be rented out to various companies for their offices, stores, and other commercial activities.