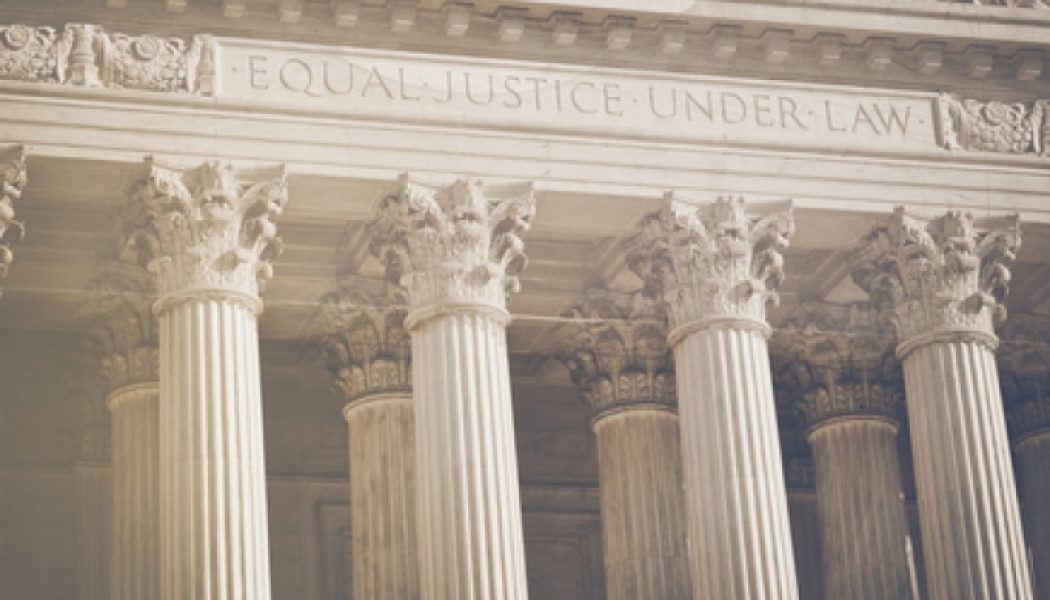 The Supreme Court today handed Catholic institutions two big wins signaling more freedom to decide both about their employees and their operations.

OLOG is extraordinarily important for the future of religious institutions’ ability to determine their personnel. By a vote of 7-2 — with Justices Elena Kagan and Stephen Breyer joining the Chief Justice John Roberts, and Justices Samuel Alito, Clarence Thomas, Neil Gorsuch and Brett Kavanaugh — the Court held that the First Amendment’s “ministerial exception” gives two Catholic elementary schools the power to decide about the hiring and firing of their teachers, free from state interference. The “ministerial exception” is the First Amendment doctrine that protects religious institutions from employment discrimination lawsuits brought by persons who are deemed “ministers” by the Court. It flows from both constitutional religion clauses’ guarantee that the government must not interfere in “matters of faith and doctrine” or “church governance.”

What is important in OLOG is not only today’s win, but what the case signals for future disputes involving, potentially, employees who are not teachers, or teachers who do not teach religion, or any employee at the wide variety of Catholic educational, health care and social services institutions. The Court’s 2012 Hosanna Tabor decision announcing the existence of the ministerial exception did not provide as many clues regarding these disputes as provided in today’s opinion.

OLOG uses language possibly sufficient for Catholic and other religious institutions to shield from state authority religious institutions’ ability to claim that any employee who plays a role in “conveying the Church’s message and carrying out its mission” is covered by the ministerial exception. Thus a Catholic institution’s decision about hiring and firing such an employee would prevail over the state’s.

Anyone familiar with the Catholic theology concerning the missions and works of all of our service institutions will understand that category of employees might include a wide variety, from nurses to administrators to social services counselors and others. As Pope Benedict XVI reminded us in his encyclical Deus Caritas Est, and as Pope Francis reminded us in his first homily as pope (and in several later documents issued by his Congregation for Catholic Education) every employee at a Catholic institution is charged to be a witness to the faith. Every religious institution participates in the “ecclesial reality” that is the Church. Otherwise, our institutions would become (in Francis’ memorable words) just another “compassionate NGO [nongovernmental organization],” delivering useful services, but without witnessing to Christ.

Today’s majority opinion does not go all the way toward definitively giving religious institutions all the freedom they require to constitute true communities of witness, but it goes further than Hosanna Tabor.  The majority clarified that Hosanna Tabor did not demand a “rigid” formula for courts evaluating ministerial exception claims by religious employers. Hosanna Tabor had held that a Lutheran schoolteacher was a minister, making reference to her extensive training, her being “called” by her church, her self-identification and her functions. The 9th Circuit — the lower court that had previously decided the OLOG case — applied these categories to the Catholic school teachers and concluded that their situations did not match the Lutheran teacher’s.

In overturning the 9th Circuit, the OLOG opinion noted the wrongheadedness of the “resemblance to the Lutheran teacher” test. It pointed out that different religions use different titles for persons charged with passing on the faith. It highlighted the absolute centrality of religious education for transmitting the faith to the next generation. And, importantly, it ascribed significance to a religion’s own determination regarding who is essential to its mission.

The OLOG opinion said that “judges cannot be expected to have a complete understanding and appreciation of the role played by every person who performs a particular role in every religious tradition.” And it continued, saying, “A religious institution’s explanation of the role of such employees in the life of the religion in question is important.” It also said that courts should take into consideration in future ministerial exception cases “all relevant circumstances” in order to “determine whether each particular position implicated the fundamental purpose of the exception.” And in a footnote, the majority disavowed the notion that the ministerial exception applied only to “leaders” or to those who “practice the faith.”

This language seems to leave open the real possibility that a religious institution, in the future, will be able successfully to claim authority to determine personnel under the ministerial exception so long as it can demonstrate in good faith a particular employee’s role in conveying the faith.

Several additional aspects of the OLOG decision are worthy of note. The majority opinion pointed several times to the existence, at the Catholic schools involved, of mission statements and employee contracts and handbooks referencing the requirement to support the Catholic faith in word and deed. It also pointed to diocesan statements about the scope and content of the role of catechists/teachers of the faith. Finally, the Court drew a line between teachers who merely “inform” about a religion and those seeking to “inculcate” a faith; the former are not covered by the ministerial exception, while the latter are.

The Little Sisters case turned on the authority of the Trump administration, under rules applying to the issuance of regulations, to issue a regulation overturning the Obama administration’s “contraception mandate” and granting far broader religious-freedom exemptions for religious institutions. By a 7-2 vote (involving the same alignment as the OLOG case), the Court held that the administration did possess such authority.

The opinion does not spell the end of potential litigation against the Little Sisters. And given the environment of intolerance for religious freedom — especially regarding the Catholic Church’s long-held opposition to contraception — it is quite possible that further litigation will ensue. This is particularly likely given Kagan’s concurring opinion in this case suggesting that the Trump rules might not survive the administrative law requirement for “reasoned decisionmaking.”

A brief review of the context of this case is in order. The Little Sisters and many other religious groups sued to overturn the Obama-era contraception mandate requiring them to “trigger” insurance coverage for contraception for their employees by providing the government certain information, after which the government would deliver free contraception to their employees and their daughters. A 2015 case (Zubik v. Burwell) at the Supreme Court refused to decide the ultimate religious-freedom question and instead asked the government and the complaining religious parties to come to a settlement. President Donald Trump was thereafter elected, and intervened to issue a new regulation providing significant protection against the mandate for both religious and moral conscientious objectors. Several states, including Pennsylvania, sued, claiming, among other things, that the mandate was not issued in accordance with certain requirements applying to federal regulations.

Enter today’s decision. Thomas, writing for the majority, held that the administration had proper authority to issue the regulations, in an administrative-law-heavy portion of the opinion I will not trouble you with. Importantly, he also held that it is vital for regulatory agencies to consider the demands of the Religious Freedom Restoration Act (RFRA) — which provides relatively strong protection for religious freedom — in their regulation drafting. RFRA applies to all federal laws and regulations.

In his concurring opinion, Alito, joined by Gorsuch, notes, sadly, that this decision does not end the Little Sisters’ potential troubles. He also states definitively, which the Court did not say in Zubik, that RFRA “compels an exemption for the Little Sisters and any other employer with a similar objection to what has been called the accommodation to the contraceptive mandate.”

Today’s opinions are terrific wins for religious freedom and for the power of the government to protect it. Undoubtedly, however, we will see more cases challenging both the contraception mandate, and the authority of religious institutions to have the final word over their personnel and their operations.

Helen Alvaré is a professor of law at the Antonin Scalia Law School, George Mason University.