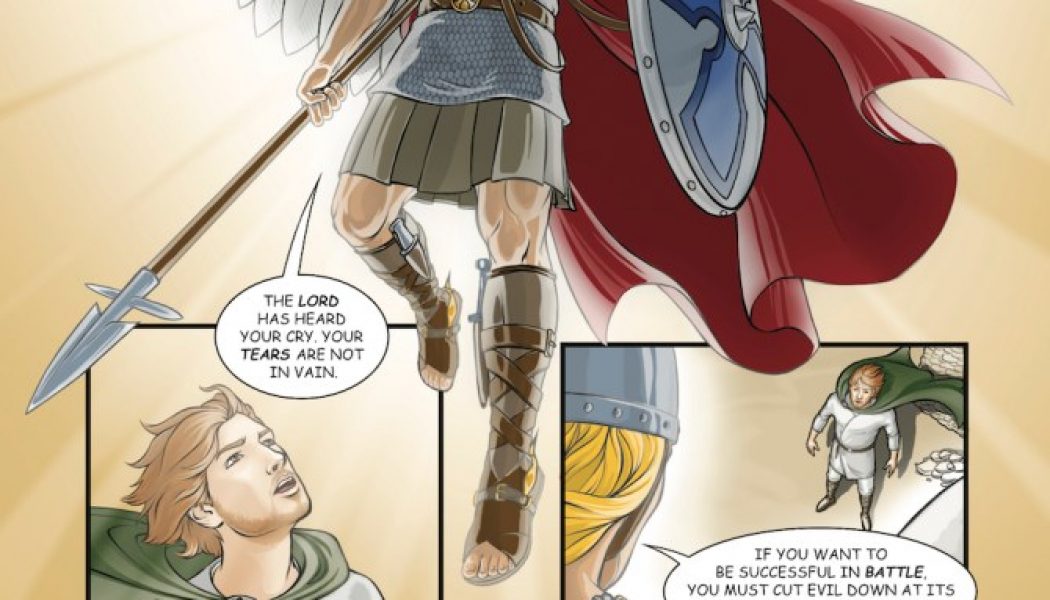 On Palm Sunday, a rare relic called by the people of Monte Sant’Angelo, “The Sword of St. Michael,” was processed through the city streets for protection from the ongoing pandemic.

The sword is linked to an apparition at Monte Sant’Angelo, representing his miraculous intercession to save the city on multiple occasions, such as 1656 during a plague.

–> What is the “Sword of St. Michael” and how is it connected to a comic book?

According to FoggiaToday, “the city turned to its patron saint through the words of its mayor, Pierpaolo d’Arienzo: ‘Archangel Michael, is a city that kneels before you through my knees; it is a city that looks up to you through my eyes; it is a city that prays to you today through my voice. Just as in 1656, even today we have crossed the iron gate, crossed the stone courtyard, and descended the 86 steps, looking for them in the heart of the Sacred Mountain. Accept this prayer of ours, defend with your sword our city, our country from this pandemic. Protect this people today as then.‘”

The video was posted to the city’s Facebook page and can be watched below.

The “sword” is not typically processed, except on his feast day on September 29.

–> Check out our comic book series inspired by the “Sword of St. Michael”