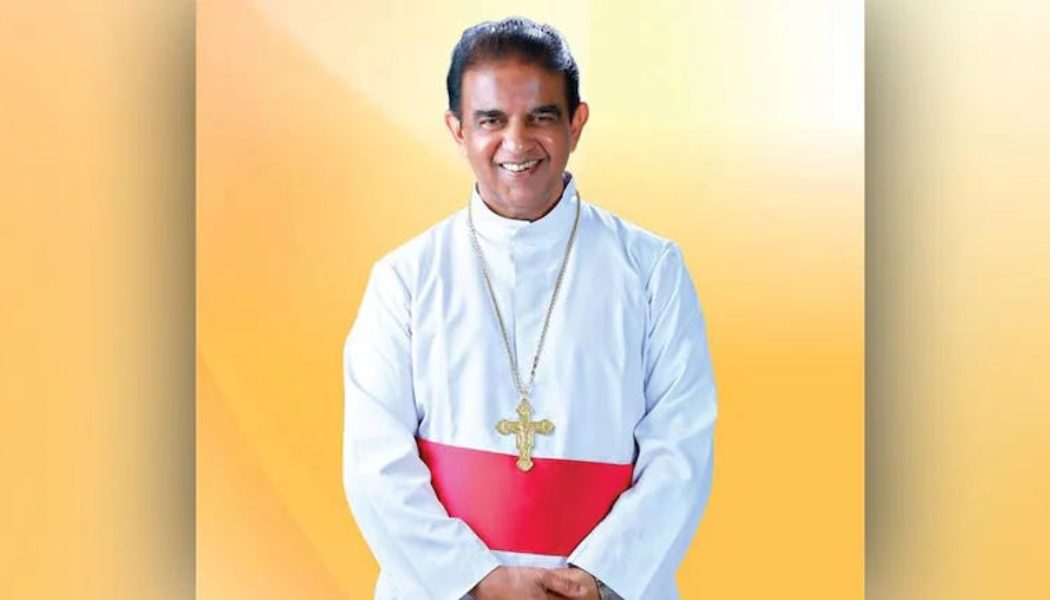 The Indian archbishop forced to resign in the midst of a liturgical crisis in the Syro-Malabar Catholic Church confirmed Thursday that he was told by the Vatican to leave office or face being removed.

In an open letter, released to local media August 4, Archbishop Antony Kariyil said that the Apostolic Nuncio to India told him Pope Francis insisted on his resignation, but he was given no reason for the demand. The archbishop said he had been ordered to leave the Archdiocese of Ernakulam-Angamaly and take up residence in a house of the Carmelites of Mary Immaculate.

“The Nuncio asked me to submit the resignation letter within 24 hours,” Kariyil said. “Since it was an important decision for both the archdiocese and me, I sought a week’s time to respond. But [that request] was rejected.”

The archbishop said he was informed by the nuncio that “if I would not resign, then the procedure to oust me would begin.”

“Since the letter which demanded my resignation had not cited any reasons, I returned after[wards] handing over a letter urging the Pope to let me know the reason for taking this decision,” the archbishop said in his six-page letter, written in Malayalam and reported by The New Indian Express and The Times of India.

News of his resignation triggered protests among some sections of local Catholics, both laity and clergy, in an archdiocese already deeply divided over liturgical reforms.

Kariyil said he was told to resign at the pope’s explicit request “for the good of the Church,” and that he did so out of “obedience.”

The archbishop had served as archiepiscopal vicar of Ernakulam-Angamaly since 2019, handling the day-to-day governance of the archdiocese which is formally headed by the major archbishop Cardinal George Alencherry, leader of the Syro-Malabar Church. On the same day that Kariyil’s resignation was confirmed, Pope Francis appointed Archbishop Andrews Thazhath as apostolic administrator of Ernakulam-Angamaly archdiocese. The appointment was made sede plena, meaning the appointment comes even though Cardinal Alencherry remains in office as major archbishop.

In November 2021, Kariyil dispensed priests in the archdiocese from adopting a uniform mode of celebrating the Syro-Malabar Church’s Eucharistic liturgy, known as the Holy Qurbana.

The Syro-Malabar Church is the second-largest of the 23 self-governing Eastern Catholic Churches after the Ukrainian Greek Catholic Church. The decision to implement a uniform liturgy was taken by the Synod of Bishops of the Syro-Malabar Church after a complex, decades-long dispute focused on whether clergy should face the people or liturgical east while celebrating the liturgy.

While other dioceses have adopted the formula, the push for a uniform liturgy has met strong resistance in Ernakulam-Angamaly, with protesters burning cardinals’ effigies, holding a hunger strike, and clashing with opponents in the streets.

The Synod of Bishops is due to meet on Aug. 6 and is expected to discuss the ongoing uniform liturgy dispute.

Pope Francis has supported the drive for a uniform liturgy, in this case requiring the priest to celebrate ad orientem during the Eucharistic liturgy. Francis wrote to Syro-Malabar Catholics in July 2021, asking them “to proceed to a prompt implementation of the uniform mode of celebrating the Holy Qurbana, for the greater good and unity of your Church.”

On March 25 this year, the pope wrote to the clergy of Ernakulam-Angamaly archdiocese, asking them to take the “difficult and painful step” of adopting the uniform liturgy.

In his letter Thursday, Kariyil said that he would have been allowed to continue on in post had he issued an order implementing the synod-backed liturgical changes.

“I know that history wouldn’t be kind to me for abandoning the community of faithful who were entrusted to me at a time of crisis,” the archbishop wrote Thursday. “My thought that if I did not resign it might further weaken the archdiocese – due to further actions – led me to give my resignation.”

The archbishop added that, at the time he was ordered to resign, he was still awaiting responses from Rome on a number of pressing issues in the archdiocese in addition to the liturgical crisis, including controversial real estate deals that lost the archdiocese a reported $10 million and led to legal proceedings involving Cardinal Alencherry.

Cardinal Alencherry, who denied all allegations of malpractice, resumed his duties a year after the apostolic administrator’s appointment. Kerala’s state government filed an affidavit in India’s Supreme Court last month clearing the 77-year-old cardinal of any wrongdoing.

Servers. Rank page #1 and start getting traffic instantly with our secret video ranking cheat sheet. This document serves as a guide for investors who are considering purchasing an investment property.