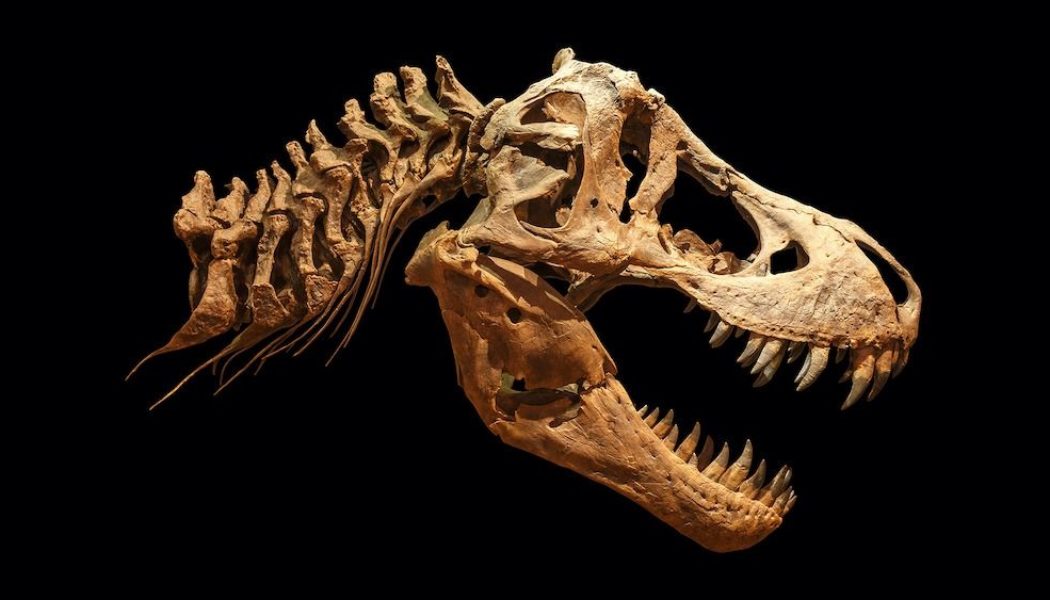 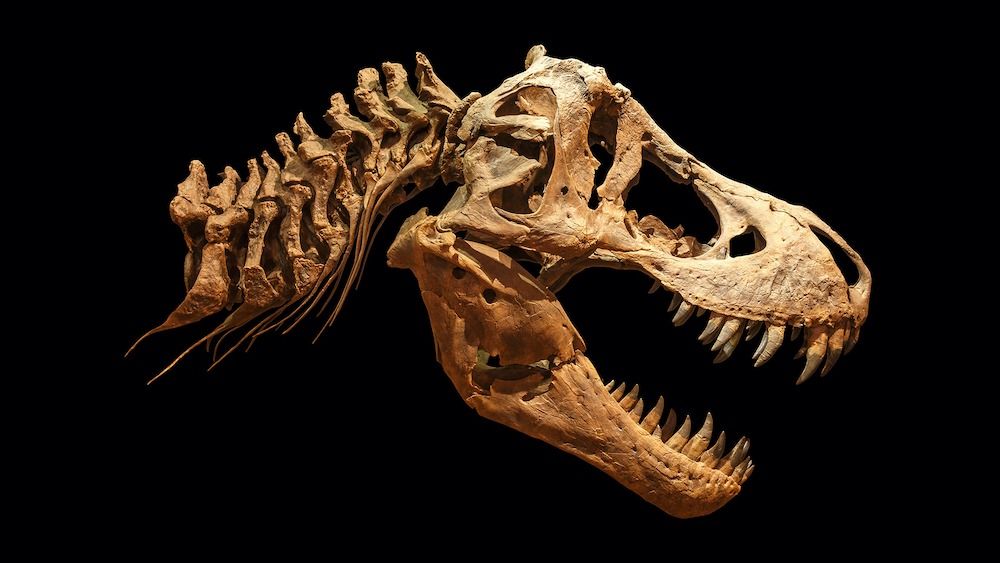 There’s no denying that Tyrannosaurus rex was one of the biggest and baddest dinosaurs to ever walk the planet. But exactly how big could this ferocious dinosaur get? In a new investigation, researchers attempted to answer that question.

Paleontologists from the Canadian Museum of Nature in Ottawa, Ontario, estimated that the largest T. rex may have tipped the scales at a whopping 33,000 pounds (15,000 kilograms), making it heavier than an average school bus, which weighs about 24,000 pounds (11,000 kg). The scientists presented their findings on Nov. 5 at the Society of Vertebrate Paleontology’s (SVP) annual conference in Toronto.

Currently, the heftiest T. rex on record is a specimen nicknamed “Scotty,” which weighed 19,555 pounds (8,870 kg) when it was alive — about as much as 6.5 Volkswagen Beetles.

According to the new research, the largest T. rex “would have been about 70% bigger” than Scotty, said study co-author Jordan Mallon (opens in new tab), a research scientist and head of palaeobiology at the Canadian Museum of Nature. “That almost doubles the size of T. rex,” Mallon told Live Science.

To reach this weighty conclusion, the scientists first examined the fossil record, which shows that approximately 2.5 billion T. rexes once lived on Earth. However, only a small fraction — just 32 adult fossils (opens in new tab) — have ever been discovered, giving the scientists a limited amount of information to pull from.

Related: ‘Bold theory’ that Tyrannosaurus rex is 3 species gets stomped to pieces

Mallon and co-author David Hone (opens in new tab), a senior lecturer and deputy director of Education at Queen Mary University of London, also looked at population numbers and average life spans to create a model of the largest possible T. rex. They also considered variations in body size based on sexual dimorphism — size differences between the sexes of animals within a species.

“We wound up building two models — one exhibiting zero dimorphisms and one with strong dimorphism,” Mallon said. “If T. rex was dimorphic, we estimate that it would have weighed up to 53,000 pounds (24,000 kg), but we rejected that model because if it were true, we would have found even larger individuals by now.”

Using this data, the scientists were able to model T. rex’s growth curve throughout its lifetime — and estimate how big an adult might have grown.

Mallon cautioned that until a T. rex is found that is comparable in size to the one in the model, the model’s conclusions are purely speculative.

“This is simply a thought experiment with some numbers behind it. It’s something that’s fun to think about,” Mallon said.

Indeed, the investigation highlights how challenging it is for paleontologists to draw conclusions about dinosaur species from a very limited fossil record.

“This reminds us that what we know about dinosaurs isn’t much at all, since the sample sizes are so small,” Thomas Carr (opens in new tab), a vertebrate paleontologist from Carthage College in Kenosha, Wisconsin, who wasn’t involved in the new research, told Live Science. “Right now, we are nowhere near the sample size needed, especially when compared to other species of animals.”

Carr, who attended the SVP conference, added that it’s plausible T.rex may have been much bigger than any individual scientists have found so far

“It’s truly a stupendous animal,” Carr said. “To imagine a T. rex of that magnitude is extraordinary, and I think an animal of that size is within reach statistically.”