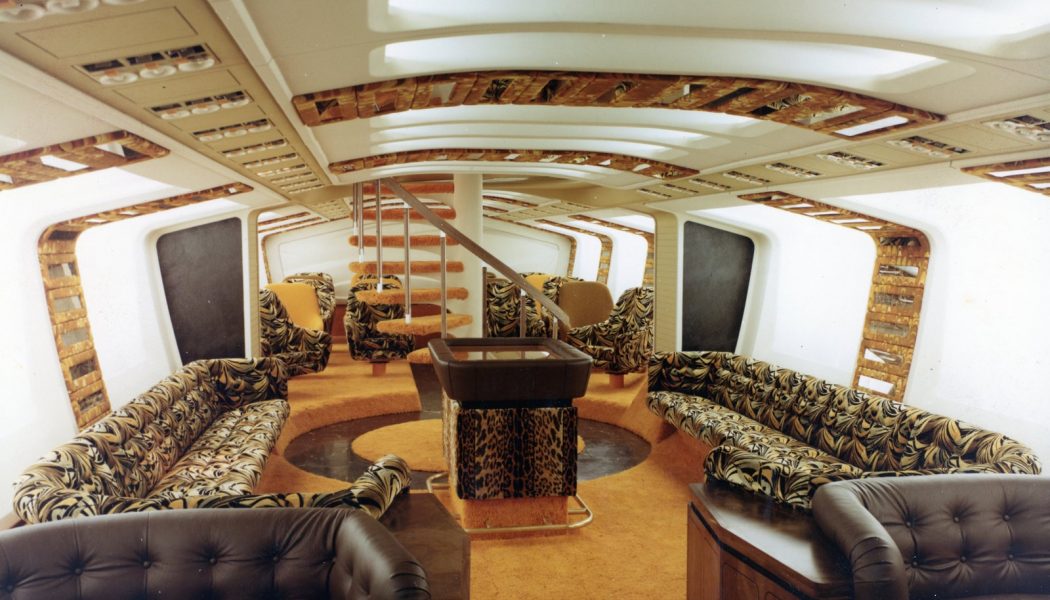 The aircraft had its roots not in commercial aviation, but in the military. In the 1960s, the U.S. Air Force sought to develop a large plane for cargo and troop transport, and it tapped into the expertise of aerospace companies, including Boeing, to develop one. While Boeing didn’t win the contract—it ultimately went to Lockheed Martin for the C-5 Galaxy—the company was able to take its technological research and transform it into the 747.

Under the leadership of engineer Joe Sutter, a team of “Incredibles,” as they became known, worked at lightning speed with a paltry budget to build the plane in 29 months. At the time, Boeing directed the majority of its resources to other crucial projects, including NASA’s Apollo missions and the development of a supersonic transport, or SST, which was supposed to be the future of passenger air travel. (Only two SSTs ever ended up entering service: the Concorde and the Tupolev Tu-144, while Boeing’s funding was cut, thus ending the program.)

The 747 was originally designed to ferry passengers for just a few years, as Boeing’s SST was being finalized, before being converted into a cargo carrier. And it was that cargo purpose that led to the aircraft’s defining exterior design element: her hump. “The best way to load freight onto an airplane is straight down the length of the fuselage. They thought the best way to do this with the 747 is to have a nose that tilts up,” says Lombardi. “Well, if you do that on a conventional airplane, the flight deck is right there in the way. So the way to fix that is to put the flight deck up on top of the fuselage.”

And thus the hump came to be, which in itself led to another key design feature aboard the aircraft—this one on the interior. Due to aerodynamics, the hump had to be extended behind the cockpit, leaving an empty space. Pan Am founder and aviation giant Juan Trippe, who had ordered the first 25 747s for his airline in 1966, can be credited with defining that space. “Boeing said, ‘Well, we could use it as a crew rest area,’ and Juan Trippe immediately said, ‘Oh, no, that’ll be our first-class lounge,’” says commercial aviation historian Shea Oakley.