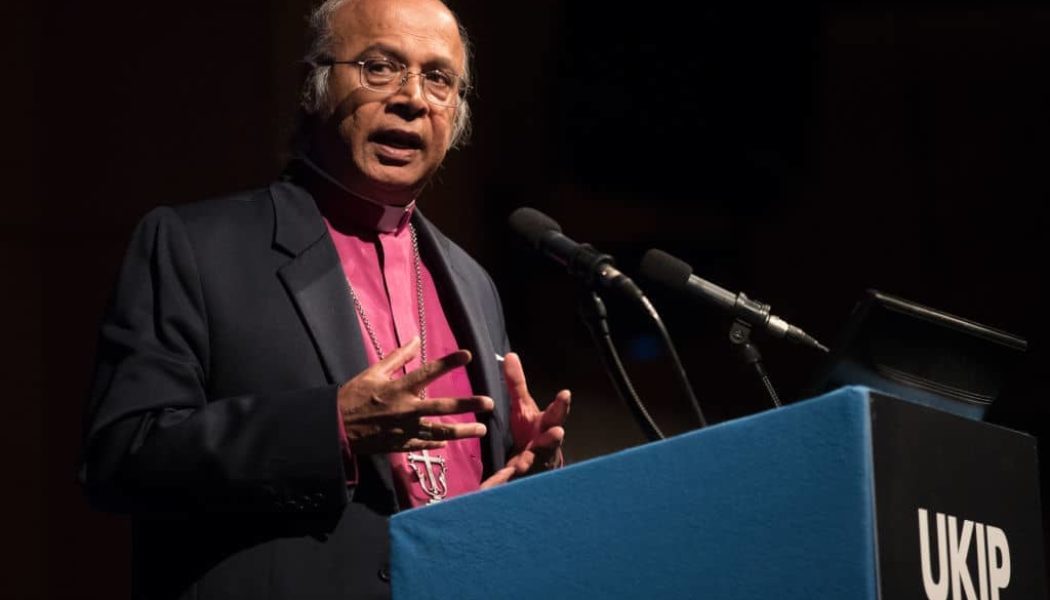 Michael Nazir-Ali, the former Bishop of Rochester and one of the best-known Anglican clerics, could be ordained as a Catholic priest as early as next month.

The conversion of such a high-profile intellectual would be an enormous boost for the Catholic Ordinariate, set up by Pope Benedict XVI to receive Anglicans into the Roman church. Friends of Nazir-Ali say that he has already converted and is now a member of the Ordinariate which over the years has seen several Anglican clergy, many of them married, serve as Catholic priests. Its services are distinctively Anglican in style and include passages from the Book of Common Prayer.

Pakistan-born Nazir-Ali, 72, was Bishop of Rochester from 1994 until 2009, when he resigned his post to set up a centre in Oxford dedicated to promoting orthodox evangelism and dialogue with other faiths.

A dual citizen of Britain and Pakistan, he was the Anglican Communion’s leading authority on Islam and an expert on the intricacies of Sharia and Islamic banking. He has been trenchantly critical of the British establishment’s appeasement of Muslim fundamentalists and is profoundly out of sympathy with the entrenched bureaucratic mindset of the leadership of the Church of England.

Reports suggest that, at the end of this month, Nazir-Ali will be ordained a Catholic priest by Cardinal Vincent Nichols. Significantly, the ceremony is scheduled to take place in the Ordinariate’s church in Warwick Street, Soho, rather than in Westminster Cathedral.

Because he is married, Nazir-Ali cannot be ordained a Catholic bishop – although, before the Ordinariate was set up, Pope Benedict seriously considered allowing him to become one. Nazir-Ali is a fervent admirer of the Pope Emeritus. Although identified with the evangelical wing of the Church of England, he has always been well disposed to Roman Catholicism, having been educated by Catholics as a child in Karachi.

His is the most significant conversion to Catholicism since Graham Leonard, former Bishop of London, was received into the Church by Cardinal Basil Hume in 1994. Arguably, it carries even more weight, since Nazir-Ali has written influentially about bioethics, Islam, the philosophy of religion and family policy.

His defence of Christian civilisation has been far more outspoken than that of any English Catholic bishop. He is strongly opposed to abortion and euthanasia, holds conservative views on sexual morality and blames the ‘new-fangled and insecurely founded doctrine of multiculturalism’ for allowing some Islamic communities in Britain to turn into ‘no-go areas’.

His conversion will be welcomed by conservative Catholics dismayed by the doctrinal confusion surrounding the ‘synodal path’ endorsed by Pope Francis, which appears to be moving the Church in the direction of liberal Anglicanism.

It will also make it more difficult for the Bishops of England and Wales to marginalise the Ordinariate, which they are attempting to control despite Pope Benedict’s wish that it should be entirely independent of them.

In a statement confirming his conversion to the Catholic Church, Michael Nazir-Ali said:

‘I believe that the Anglican desire to adhere to apostolic, patristic and conciliar teaching can now best be maintained in the Ordinariate. Provisions there to safeguard legitimate Anglican patrimony are very encouraging and, I believe, that such patrimony in its Liturgy, approaches to Biblical study, pastoral commitment to the community, methods of moral theology and much else besides has a great deal to offer the wider church.

‘Ministry in the Church of Pakistan, in the Middle East generally, in the Church of England and the wider Anglican Communion remains precious to me and I see this as a further step in the ministry of our common Lord and of his people. At this time, I ask for prayers as I continue to pray for all parts of the Church’.

His is the most significant conversion to Catholicism since Graham Leonard, former Bishop of London