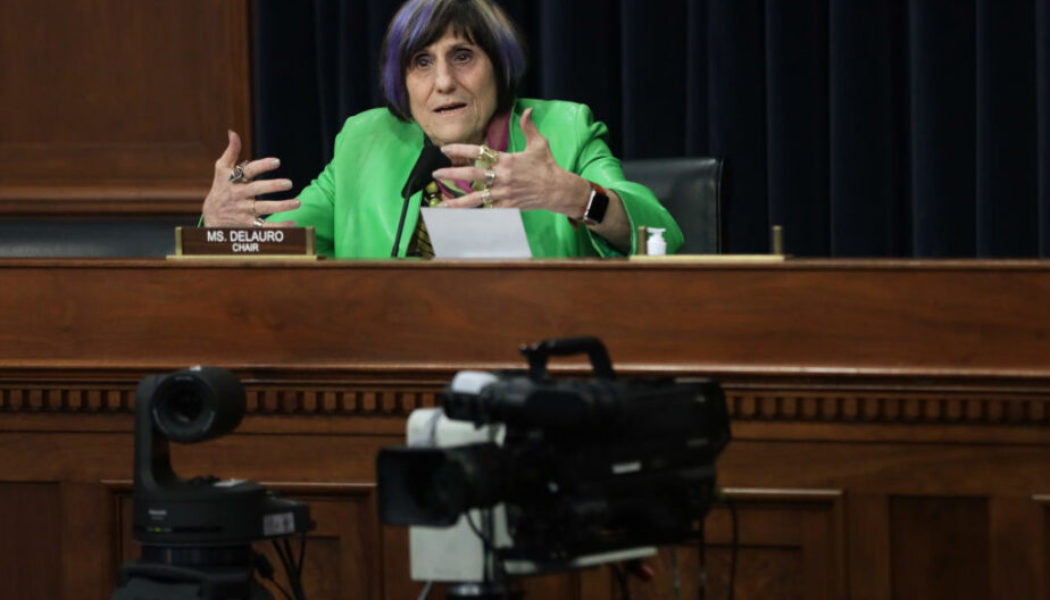 At 1 p.m. EDT on June 18, it was announced that three-quarters of the U.S. bishops had voted to develop a statement on the eucharistic integrity of the Church and the eucharistic coherence of Catholics. Within an hour, a “Statement of Principles” was released by 60 Catholic Members of Congress, all Democrats and led by Rep. Rosa DeLauro of Connecticut. Addressed to the bishops, the statement was respectful in tone. Shortly after its release, however, one of the signatories, Rep. Ted Lieu of California, tweeted that he was a Catholic who supported a “woman’s right to choose,” adding, “Next time I go to church, I dare you to deny me communion.”  Congressman Lieu’s spluttering rather gave the game away: the purpose of the Members’ “Statement of Principles” was to intimidate the bishops.

It isn’t going to work, any more than the bombast from the Catholic Left before the bishops’ vote made a difference. And the abominable reporting after the bishops’ vote, which is certain to continue, won’t make a difference to the statement the bishops will consider in November. The days are past when the American hierarchy could be cowed by the political and journalistic principalities and powers and the “progressive” Catholic media.

The DeLauro “Statement of Principles” unfortunately contributed to the confusions that bedevil the public discussion of abortion. The Members said that that debate “often fails to reflect and encompass the depth and complexity of these issues.” There’s a truth lurking within the complexity dodge here: every unwanted pregnancy is unique and emotionally wrenching. But some things are not complex: a scientific fact; a basic moral principle; and a truly humane response to “these issues.” The scientific fact, which can be learned from a high school biology textbook, is that the product of human conception is a human being. The moral principle is that, in a just society, innocent human life is protected in law. And a truly humane response to unwanted pregnancy would offer a woman compassionate care and assistance, not a “technological” fix that often leaves lifelong emotional scars.

The Members who signed the DeLauro statement profess their belief in “the primacy of conscience” — another confusion avoiding the real issue. For a rightly-formed conscience recognizes the basic moral principle that innocent life is not to be willfully taken. If the Members don’t understand that, then they are poorly catechized or indifferent to an elementary principle of justice. Why does the party of “social justice” and “equity” not recognize this?

Part of the answer reflects the fact that Big Abortion — Planned Parenthood and its allies — is a major funder of the Democratic Party. Then there is the surreal claim that the “right” to terminate an unborn life — a “right” that’s been a great boon to predatory, irresponsible, and callous men — is essential to the equality of women. Yet another part of the answer involves the shameful congressional career of the late Father Robert Drinan, SJ (D-MA), whose consistent votes to support the abortion license decreed in Roe v. Wade provided cover for fellow-Catholic legislators to conform themselves to the spirit of the age rather than the truths of the Gospel. Decades of ineffective religious education and timid preaching are also involved.

And then there’s the lay responsibility for all this: How many Catholic laity have urged fellow-Catholic Members of Congress to stop surrendering to the mantra of “choice,” which always avoids the crucial question — choose what? The issue here, after all, is not something on which reasonable people can conscientiously differ, like tax policy, environmental policy, or immigration policy. It’s the sanctity of life and its protection in law. Lay leadership in confronting wayward politicians is every bit as important as episcopal spine.

The Second Vatican Council taught that various Christian communities are in different degrees of communion with the Catholic Church. The same truth would seem to apply analogously within the Church. Catholics who reject the ancient Christian teaching on the grave moral evil of abortion and facilitate its practice — a teaching affirmed and a practice condemned by every pope in Rep. DeLauro’s lifetime, including Pope Francis — are not in full communion with the Church. They are always welcome at Mass. But their own integrity demands that they refrain from receiving holy communion until they are no longer in a gravely defective state of communion with the Church.

And that is the sad condition of the signatories of the DeLauro “Statement of Principles” who were in Congress last year. For each of them “earned” a 100% 2020 NARAL-Pro Choice America voting record in the House of Representatives.