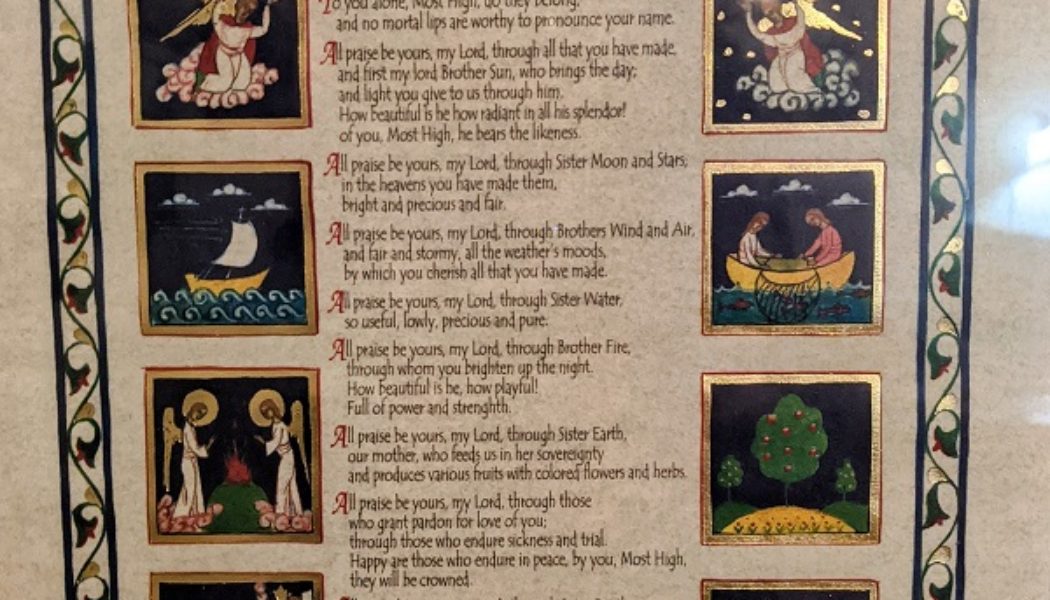 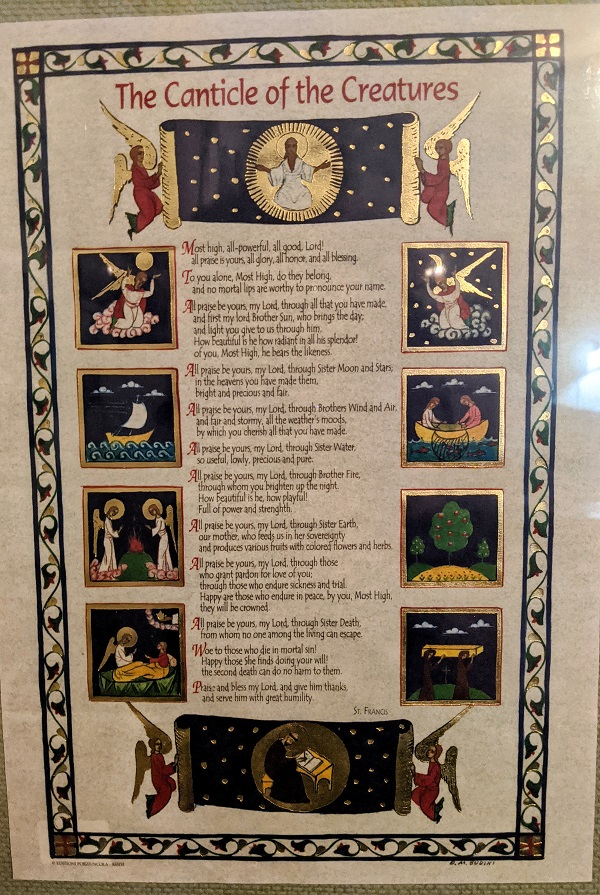 The Real Prayer of St. Francis

Yes, it’s time for that ritual curmudgeonly reminder about the “Peace Prayer” or “Prayer of St. Francis,” memorialized in the hymn “Make Me a Channel of Your Peace” that you might hear this weekend at Mass:

Not a prayer of St. Francis of Assisi. He didn’t write it, didn’t compose anything like it.

The incorrect association of “Make me an instrument of your peace” with St. Francis runs so deeply now, it’s presented as such uncritically, for example, on the EWTN and many other sites, including Franciscan-related ones which should know better, but still. It shouldn’t be this way. Truth matters, in areas great and small.

I explored the matter in my book The Words We Pray.   I think the actual history of the prayer makes it even more interesting than it is as a mythical pronouncement of St. Francis. Also, when Make me a channel of your peace comes to define the saint, we miss out on even more challenging words. Try it. Read his letters and Rule.

Anyway – from The Words We Pray:

Francis stands in witness, quite simply, to the truth of the gospel. Yes, it can be done, and yes it will give you peace, which is what happiness is really about.

So when were struggling with this paradox and the extraordinary pressures from within and without to just give in and throw ourselves into things, money. and power. we turn to God for strength, and we often do this through St. Francis. It’s like turning to a friend who’s endured great loss when it suddenly becomes our turn to face loss. We remember her witness, we recall her words and her example, and if she’s around, we give her a call and ask her for help. When we’re smuggling to live the gospel in a world of gorgeous, empty promises, St. Francis is that friend for many of us.

One of the prayers that express the possibilities that St. Francis embodies is the Prayer of St. Francis, or the Peace Prayer.

The most recent scholarship indicates that St. Francis of Assisi could not have written this prayer. The earliest mention we can find of the Peace Prayer appeared in a French religious journal in 1913, about 800 years after St. Francis lived. This journal gives as its source another journal, no longer in existence. The next appearances come from both Italian and French newspapers in 1916, saying that Pope Benedict XV had been sent a copy of the prayer. courtesy of yet another French periodical, crucial copies of which do not seem to exist and which arc assumed to have been lost in one of the two World Wars. These earliest versions of the prayer, as printed in these newspapers and journals, make no mention of St. Francis or the Franciscans.

The Peace Prayer came into wider circulation just a couple of years later on a prayer card printed for Third Order, or Secular Franciscans who were living in the region of Reims. France. Secular Franciscans live in the Franciscan spirit, take certain vows. but live in regular society rather than in community. On one side of the card was a picture of St. Francis, and on the other side was the prayer. called -Prayer for Peace,- with an admonition that all Secular Franciscans live by the spirit of this prayer.’

From there, it popped up throughout Europe; for instance, it was adopted as the official prayer for the Christian Movement for Peace, which grew in Switzerland in the 1920s. The Reformed Church of France incorporated the prayer into its liturgy. It’s in a prayer book printed to accompany devotionals broadcast on the BBC in 1936. After World War II, its popularity understandably grew, and it appeared in many different German and English prayer books after the war. The earliest versions of this prayer attribute it to Souvenir Normand, that disappeared periodical. As the years went on, some versions added “attributed to St. Francis.” This byline eventually won out, and from that point, the assumption was widespread that St. Francis was the author.

Want a real “Prayer of St. Francis?” Start with the Canticle of the Creatures.