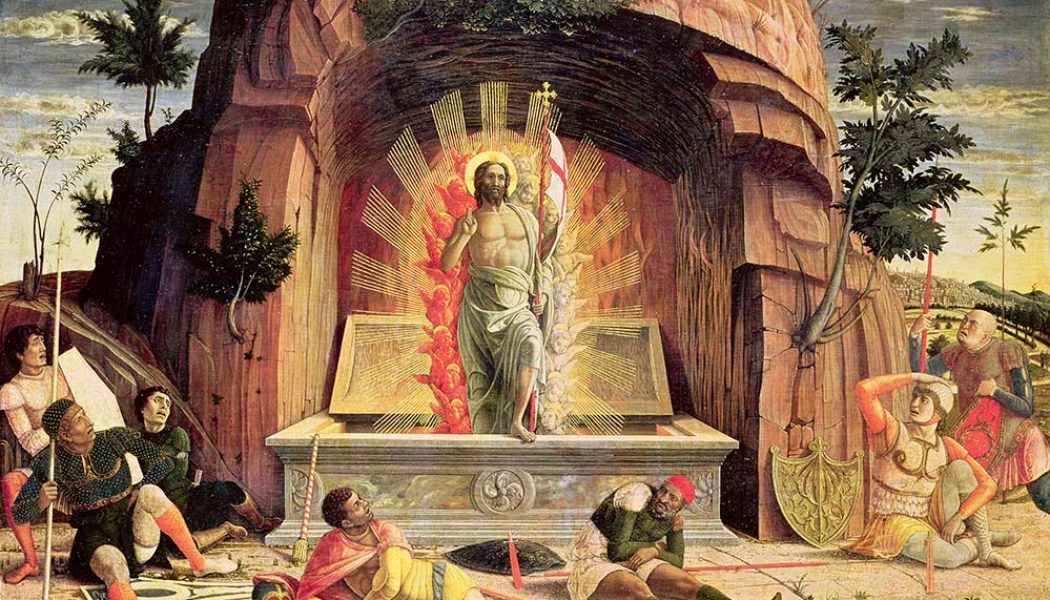 Even if know that Easter is the most important feast of the liturgical year, Christmas still seems like a much bigger deal. Christmas is known for its cheer–singing, treats, presents, fires, and family–but we’re not quite sure how to celebrate Easter. Pascha (the feast’s Latin name) focuses like the original Passover on being spared of death and beginning a new life. The feast happens in Spring (where the word Easter comes from) as a natural sign that we should begin again. All the penances of Lent should culminate in deep joy, not in going back to our old ways, but in living with a new freedom. It’s a deeper joy than Christmas, even if we don’t have the customs to express it any longer.

I filmed a virtual theology on tap talk this last week focused on Easter shows us that God is not dead , as Nietzsche told us, and that, as Christians, God needs to live in and through us in our daily lives. This is how we build Christian culture:

There are many customs related to Easter, that help shape Christian culture, though many have been forgotten. Fr. Francis Xavier’s Weiser’s Handbook of Christian Feasts and Customs, published in 1952, serves as an excellent guide for rediscovering old traditions. In relation to Easter, he speaks of:

This last practice leads into the musical celebration of Easter. If we are truly joyful, we will sing! Singing is part of the way Christians celebrate, rather than giving in to excess:

And do not get drunk with wine, for that is debauchery; but be filled with the Spirit, addressing one another in psalms and hymns and spiritual songs, singing and making melody to the Lord with all your heart, always and for everything giving thanks in the name of our Lord Jesus Christ to God the Father.

There are many beautiful hymns to sing as a family, even if they’re not as well known as the great Christmas carols. Here are some traditional ones:

One of the most beautiful Easter pieces, however, comes from the Lutheran tradition. Bach, as a composer for the Lutheran church in Leipzig (and also of one of the finest Catholic Mass settings), had a good liturgical sense, capturing in his music the essence of the key feasts of the year. His Easter Oratorio was performed first on April 1, 1725, although it was reworked in following years. Its libretto is not scriptural, but embodies the reactions of four people to the empty tomb, continuing the drama we saw in Holy Week: Peter (tenor), John (bass), Mary Magdalene (alto), and the other Mary, mother of James (soprano).

The music contrasts the unexpected joy of the Resurrection with the grief that the disciples had prepared for their mourning at the tomb. The “laughter and merriment” of the first duet can be heard in the voices of the singers themselves. And yet, even after this joy, we still sense the anxiety of the disciples bring with them, the “myrrh” of which the other Mary sings. In the center of the work, Mary proclaims to John and Peter that the angel announced that Christ has risen and they find the empty shroud. This leads to a beautiful reflection of how our own death will become gentle—with peaceful and soothing music to match in a tenor aria. The following recitative and aria for the female voices express an intense longing and expectation. The trumpets erupt, with the triumphal voices of the choir following, to end on a note of exultant celebration!

The music can help us to express our own joy in the Resurrection. Enjoy!