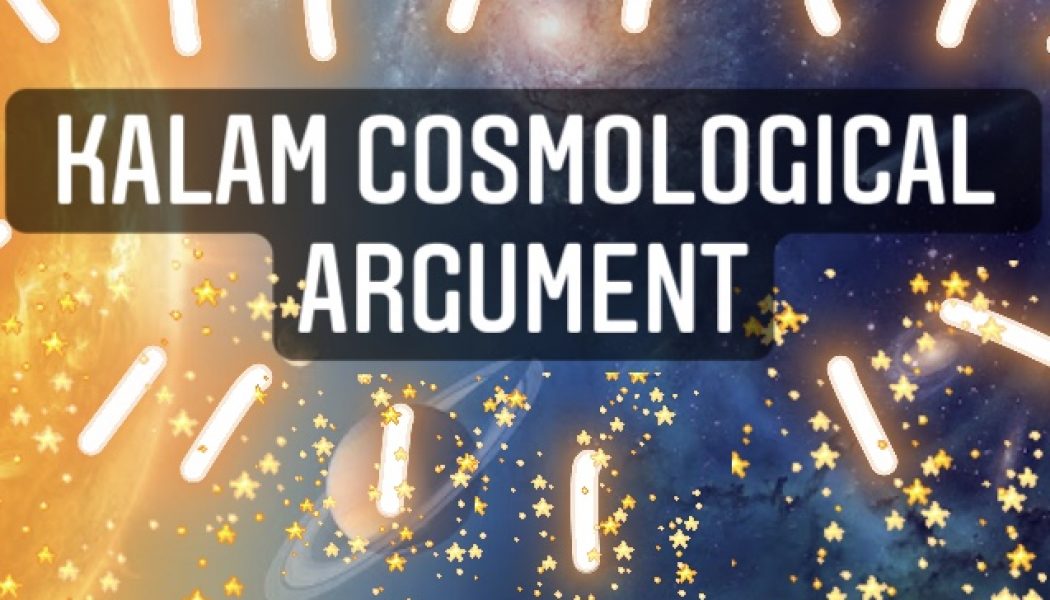 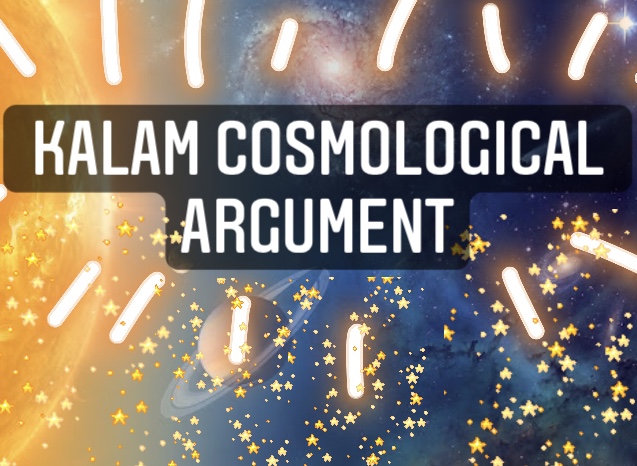 The Kalaam cosmological argument for God’s existence has been around for centuries.

It hasn’t been that popular historically, with authors such as St. Thomas Aquinas pointing out problems with it. However, it has been popular in recent years, due principally to the advocacy of William Lane Craig.

I’ve written and spoken about it on a number of occasions, and I won’t review all that here, but I’d like to point out some problems with some recent defenses that involve a logical fallacy.

One way of putting the Kalaam argument is:

In this article, the premise we’re interested in is line 2—that the universe has a beginning.

This has been argued both on scientific and philosophical grounds.

The results of science are always provisional, so if you want a conclusive proof, you’ll need to demonstrate it philosophically and rely on logic rather than observation.

Consequently, defenders of the Kalaam argument have sought to prove by logic alone that the universe had a beginning.

From a Christian perspective, the question we need to ask is whether God could have created the world with an infinite history.

We know from Scripture that he did not. He created the universe at a specific point in the past, so it has a finite history.

Omnipotence allows God to create anything as long as it does not involve a logical contradiction—that is, as long as the terms involved do not contradict each other.

“Four-sided triangle” and “square circle” both involve logical contradictions (as does “stone too heavy for an omnipotent being to lift”), so God can’t create those as the terms involved are logical gibberish and don’t refer to conceptually possible entities. They’re just word salad.

This is St. Thomas’s point when he says that, “everything that does not imply a contradiction in terms, is numbered amongst those possible things, in respect of which God is called omnipotent: whereas whatever implies contradiction does not come within the scope of divine omnipotence, because it cannot have the aspect of possibility” (ST I:25:3; cf. SCG 2:25).

Therefore, if you want to say that God can’t create a universe with an infinite history, you’ll need to show that this concept involves a logical contradiction. If it doesn’t, then it’s something God can create.

The burden of proof thus falls to the Kalaam advocate to show that “universe with an infinite history” is self-contradictory.

A common strategy for doing this involves what is sometimes called “traversing an actual infinite.” The basic idea is this:

All of this is true.

Notice what the argument says: “The universe could not start infinitely far back in time” and then traverse an infinity of time to the present.

The argument is assuming that the universe had a beginning—namely, one infinitely far back in time.

But that would not apply to a universe with an infinite history.

To see why, we need to remember the nature of the infinite. Derived from Latin roots, the word means “no” (in-) “limit” (finis). Something is infinite if it is lacking a limit or end.

For an ordered series, this can happen in one of three ways, as illustrated by the number line:

Each of these three sets is infinite because they lack either a beginning limit, and ending limit, or both.

What’s Wrong with Traversing an Infinite?

With this in mind, we can see what’s wrong with the “Traversing an Infinite” argument, above.

It assumes that the universe had a beginning “infinitely far back in time” and then traversed an infinite series of moments to arrive at the present. In making these assumptions, it assumes both a beginning limit and a final limit. It therefore—by definition—describes a finite series.

If {H} is the set of moments in the universe’s history, then there can’t be both a first moment and a last (most recent) moment without {H} being a finite set.

The argument thus tells us nothing more than that a number can’t be both finite (limited) and infinite (unlimited).

We already knew that.

But it’s irrelevant to the issue of a universe with an infinite history.

We can agree that the universe’s history ends in the present, but if it had a beginning—however far back in time—then its history is, by definition, finite.

All this is pointed out by Aquinas, in summary form, when he writes that God could create a history containing an infinite number of previous revolutions of the sun, for “if the world had been always, there would be no first revolution. Wherefore there would be no passing through them, because this always requires two extremes” (SCG 2:38:11).

Therefore, you wouldn’t be traversing an infinity. When you traverse a distance, it must have both a starting and an ending point, making it finite. For it to be infinite into the past, it must have no beginning point. In that case, the universe would have always been approaching the present, without any moment that this trek began.

It’s therefore a logical mistake—or fallacy—to apply a series with both a beginning and an end to the case of a universe with an infinite history.

Because this move involves there being both a first element and a last element in a supposedly infinite series, I will call it the “First-and-Last Fallacy.” Stated more formally:

The First-and-Last Fallacy occurs if and only if a person envisions a supposedly infinite series as having both a first and a last element.

But it can’t have both a first and last element and be infinite.

Unfortunately, the “Traversing an Infinite” argument isn’t the only one that commits the First-and-Last Fallacy.

Some recent philosophical defenses of the Kalaam argument also commit this fallacy. They are, in essence, alternate versions of the “Traversing an Infinite” argument presented in other guises.

Alexander Pruss and Robert Koons have proposed what is known as the Grim Reaper Paradox, which can be formulated different ways. One way goes like this:

The question is: Which Grim Reaper kills Fred?

Framed this way, the problem is essentially the same as asking “What’s the first moment of time after 12:00 noon?”—because that’s when Fred will encounter the first Grim Reaper and get killed.

This reveals what’s wrong with the Grim Reaper Paradox. If the number of Grim Reapers Fred will encounter really is infinite, with the final one striking at 1:00 p.m., then there is no first Reaper. There can’t be if the series is truly infinite, just like there can be no “first element in the infinite series {. . . -3, -2, -1}” or a “first number after negative infinity.”

These are logically impossible entities.

Some have reformulated the Grim Reaper Paradox so that it doesn’t involve time compression between noon and 1 p.m.

The same issue then results. There is no first Reaper that kills Fred.

And that’s the problem: The thought experiment is proposing an entity that can’t exist, because it involves a logical contradiction.

There can’t be a first Grim Reaper in an infinite series that has a final limit any more than there can be a first number in the series {. . . -3, -2, -1}. That’s a contradiction in terms.

The terms involved in the thought experiment entail a logical contradiction. The question “Who is the first Grim Reaper that Fred encounters in an infinite series of Reapers that ends at 1:00 p.m. on New Year’s Day 2021?” is the logical equivalent of “What is the first decimal number after 0?” or “How many angles does a 4-sided triangle have?”

These are all just word salad.

And the particular form of word salad in the Grim Reaper Paradox involves there being a first and a last Grim Reaper in a supposedly infinite series of them. It thus commits the First-and-Last Fallacy.

A similar, more recent paradox is proposed by Wade Tisthammer. It can be framed like this:

It’s worth pointing out that an infinite series of heads is only possible. It’s not guaranteed, and so the paradox might not arise in actual history. If God has a rule that prevents logical contradictions from arising—a logical equivalent of the Chronology Protection Conjecture—then one could argue that the series {. . . H, H, H, H, H, H, H} will never arise.

However, we don’t need to go that route, because, after what we’ve seen, the solution is straightforward: The Eternal Society Paradox is presupposing a logical contradiction.

It’s asking “What is the first heads in an infinite series of head flips that has a final limit?”

If an infinite series has a final element, then it can’t have a first element—by definition.

Once again, we’re dealing with the equivalent of “What’s the first decimal number after 0?” or “How many angles does a four-sided triangle have?” The thought experiment presupposes an entity that involves a logical contradiction and thus cannot exist.

It presupposes a first and a last element to a supposedly infinite series, so the Eternal Society Paradox commits the First-and-Last Fallacy.

We’ve looked at three philosophical arguments that the universe must have a finite history:

If a series of Reapers is truly infinite into the past, then Fred has simply never lived, except for the window between his birth and when the next Reaper was timed to strike.

Each of these thought experiments presupposes an entity that involves a contradiction in terms—a series that has both a first element and a last element and yet is supposed to be infinite.

They may then go on to ask questions about an element in this series, which also involves a logical contradiction (e.g., “What’s the first element in an infinite series that has a final limit?”).

In view of how easy it is to fall into the First-and-Last Fallacy, advocates of the Kalaam argument who wish to support it with philosophical proofs need to carefully examine their arguments to see whether they are envisioning a scenario that presupposes both a first and a last element in a supposedly infinite series.