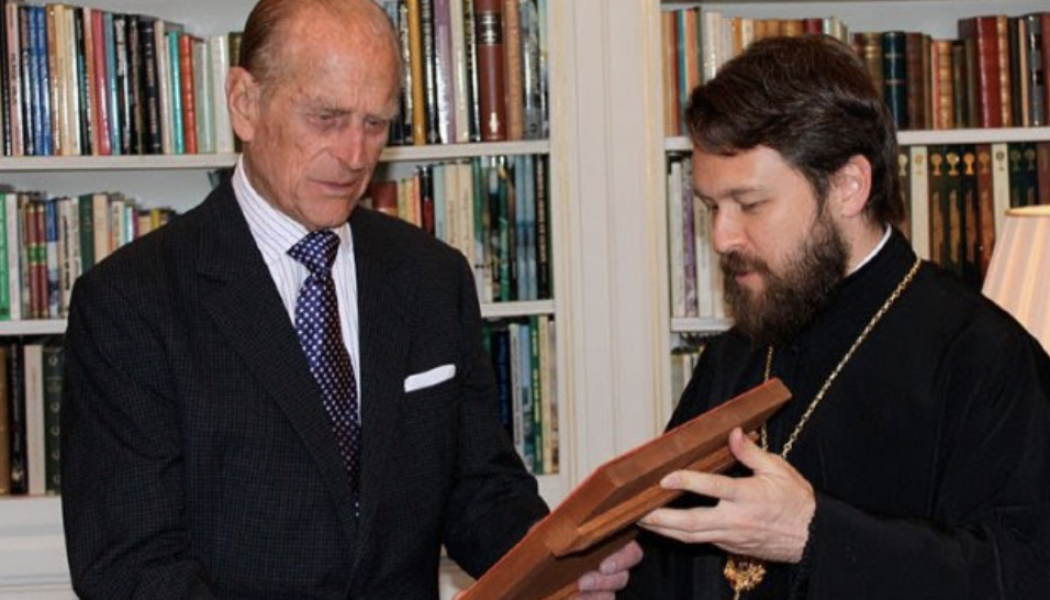 It’s a short scene from second season of “The Crown,” but certainly one the illustrates what the creators of the Netflix series thought of Prince Philip Mountbatten-Windsor — at least at one stage of his dramatic life.

In 1955, while Graham was in Scotland leading a crusade in Glasgow, the Billy Graham received a note from Buckingham Palace inviting him to preach on Easter morning in the private chapel at the Royal Lodge. It’s a poignant scene, especially when paired with another in which Graham visits the queen to discuss an important subject — the need to forgive others.

In the chapel, Graham discusses Christian faith in highly evangelical language, describing the need to have a personal encounter with Jesus Christ. Queen Elizabeth listens attentively. Prince Philip is clearly bored, upset, disturbed, offended, embarrassed or all of the above.

Was Prince Philip struggling with guilt linked to his rumored infidelities? What is happening in his head and heart? That was the starting point for this week’s “Crossroads” podcast, which focused on the mainstream press coverage of the prince after his recent death (click here to tune that in).

For millions of people, “The Crown” offered the dominant image of Prince Philip — the tall, handsome consort of the queen best known for his faults and weaknesses. He was an old-guard British man who went to war, who was known for blunt remarks many considered racist or sexist. Eventually, some would respect his progressive views on the environment.

But it was also obvious that something important happened during this royal couple’s 73 years of marriage. Somehow, they grew together, doing the best they could to handle the pressures of royal life and the searing spotlight on their four children and, eventually, their grandchildren and great-grandchildren.

News consumers who dug into the fine details learned that Prince Philip was, in many ways, an outsider from the Greek wing of Europe’s complicated world of interlinked royal families. He was an Orthodox Christian, at least until he married Elizabeth and, on bended knee, honored her as the leader of the Church of England. He befriended Anglican clergy and was known to confront priests for intense discussions after their sermons.

Something else was going on as the prince aged and matured. There were signs that, spiritually, he was seeking the roots of his faith and his family. Consider this chunk of a fascinating Religion News Service piece: “Anglican convert and Pacific Island deity: 5 faith facts about Prince Philip.”

Before Philip and Elizabeth’s 1947 wedding, the Archbishop of Canterbury wrote to Elizabeth’s father, King George VI, discreetly suggesting Philip be formally received into the Church of England. Though related to Queen Victoria, Philip was the scion of the royal house of Greece. …

“In the Church of England we are always ready to minister to members of the Orthodox Church and to admit to the Sacrament,” wrote then-Archbishop Geoffrey Fisher. “At the same time, unless he is officially received into the Church of England, he remains a member of the Greek Orthodox Church, which, though on the closest and most friendly terms with us, is not able to enter full communion with us.”

Decades later, British journalist Giles Milton wrote in The Spectator in 1992 that Philip, then 70, had revived his interest in Orthodox Christianity and held meetings with several Orthodox prelates, including the Russian Orthodox bishop for Great Britain and Ireland, Metropolitan Anthony Bloom. …

There is much, much more to that story — but this side of the royal consort’s life has never received much attention in the press.

As an Orthodox churchman, I am intrigued with the fact that Prince Philip made regular visits to Mount Athos — the center of Eastern Orthodox monasticism for Greeks, Russians, Romanians and pretty much everyone else (see this interesting “60 Minutes” feature). As the Orthodoxwiki page states, this rocky peninsula of northern Greece is “home to 20 Orthodox monasteries and forms an autonomous state under Greek sovereignty.”

While it is common for Orthodox priests and laymen to visit the “holy mountain,” it is unusual for a layman to make frequent, regular trips there. This raises an obvious question (at least, it’s an obvious question to me as a journalist who is Orthodox): Was Prince Philip returning to a specific monastery? Was he going there for confession to a monk-priest who had become his “spiritual father”?

This brings us to an often-overlooked fact about Philip and a mysterious nun who appears, from time to time, in photos from the 1950s and ‘60s.

After Philip’s father died, his mother, Princess Alice of Battenberg, became a nun, and in official family appearances can be spotted in her habit. A private chapel installed in Buckingham Palace for her “was hastily dismantled following her death in 1969.” … Her remains were buried at a Russian Orthodox convent in Jerusalem, as she had wished.

There is so much more to that story (as shown in the short documentary embedded in this post), including this remarkable woman’s work hiding Jews from the Nazis during the occupation of Greece (click here for her biography at Yad Vashem, the Holocaust museum in Israel).

This brings us, in that detailed RNS report, to another holy — literally — member of the prince’s extended royal family:

Buried beside Princess Alice is her aunt, a Russian Orthodox saint.

Born to a noble family in Germany in 1864, Philip’s mother’s aunt Elisabeth married Tsar Alexander II’s son, Sergei Alexandrovich, and converted to Russian Orthodoxy from her childhood Lutheran faith. After Sergei was assassinated by a socialist agitator in 1905, Elisabeth publicly forgave him, asked he be pardoned and visited him in prison to convert him to Christianity.

In 1909, Elisabeth sold her jewelry and with the proceeds founded a convent and named herself abbess, but in the year following the Bolshevik Revolution in 1917, Vladimir Lenin ordered Elisabeth’s arrest, and along with several other relatives of the tsar, she was thrown into an iron mine. According to contemporary accounts, Elisabeth and her fellow victims spent their dying moments singing hymns.

For more on the life and death of St. Elizabeth the New Martyr, click here.

Let me end with a question and then the short text of a letter linked to all of these mysteries.

Question: It can be assumed that Prince Philip played some role in planning the prayers, hymns and scriptures that will be included in his funeral. Will there be signs of his personal pilgrimage in this rite and will those details make it into news reports? I will also note that his son, Prince Charles, has become — as an older man — a frequent visitor to Mount Athos. Yes, there are rumors about that, as well.

Finally, there is this letter that was posted by Robert Moynihan, a conservative Catholic writer and commentator, at his Inside The Vatican website.

The letter was accompanied by this photo of Prince Philip and Metropolitan Hilarion Alfeyev of the Russian Orthodox Church, who is shown giving the prince an icon of St. Elizabeth the New Martyr. Here is the text of the letter:

Philip, the Duke of Edinburgh, the son of Prince Andrew of Greece and Denmark, who died today, was baptized in the Orthodox faith.

﻿﻿After the forced departure of his parents from Greece, he ended up in the UK, where he took the British surname Mountbatten and converted to Anglicanism. ﻿However, he retained his love for Orthodoxy for the rest of his life.

﻿When I met him at his Buckingham Palace apartment on May 25, 2011, he told me literally the following: “I became an Anglican, but I remained Orthodox.”

In total, we talked for about an hour. He was keenly interested in the revival of the Church in Russia and other countries of the canonical presence of the Russian Orthodox Church, and asked about the life of Orthodox monasteries, parishes, and religious educational institutions.

﻿﻿With great warmth, he recalled his visits to the Holy Mount Athos. ﻿He told me about his Orthodox roots and about his family ties with the Russian royal house.

﻿In memory of the meeting, I gave him an icon of the Holy Martyr Grand Duchess Elisaveta Feodorovna, whose great-nephew he was.

﻿I sincerely express my condolences to Her Majesty Queen Elizabeth on the loss of a loved one with whom she has lived together for almost three quarters of a century.

﻿ ﻿Eternal memory to him.

That’s all for now. I will be interesting to see if any of these themes appear in mainstream coverage of the funeral of Prince Philip or the events surrounding it. Or will news consumers simply hear more about the character who appears in “The Crown”?