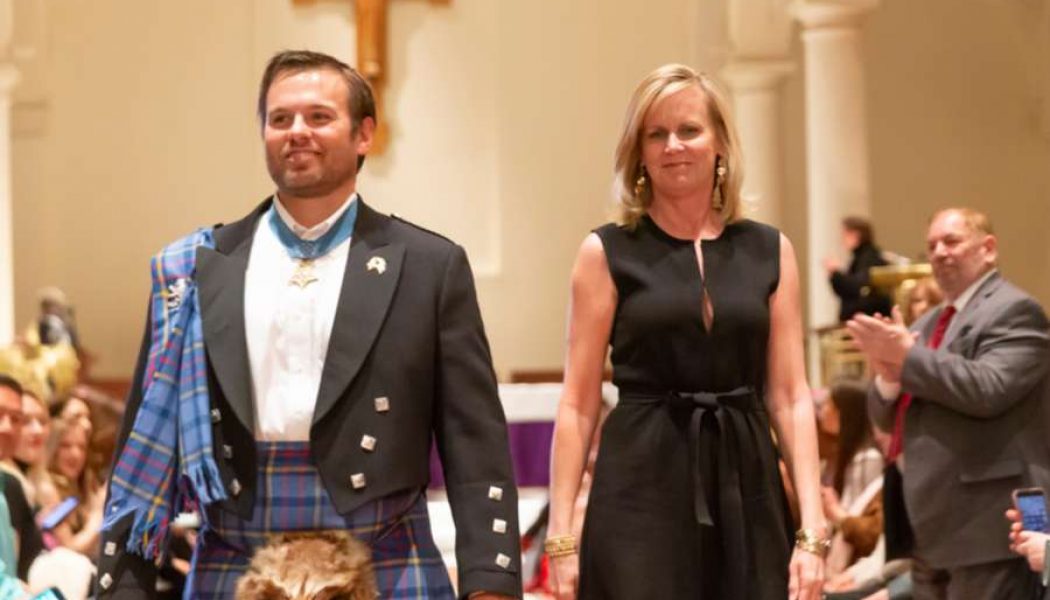 Washington D.C., Jan 6, 2020 / 01:00 pm (CNA).- On the Solemnity of the Immaculate Conception in 2012, a team of Navy SEALs navigated the mountains of remote eastern Afghanistan in darkness, on a daring mission to rescue a captured U.S. doctor.

A SEAL since 2001, Byers had already seen seven straight years of combat. He was unaware of the feast day due the gravity of the operation and lack of access to a church.

“That is something that gives me chills thinking about,” Byers told Columbia Magazine seven years later in a recent interview. “I don’t believe in coincidences.”

Byers’ Catholic faith has sustained him through 11 deployments, several of them in combat in Iraq and Afghanistan, in his 21-year career as a Navy SEAL and service with the Naval Special Warfare Development Group.

He has a devotion to St. Michael the Archangel, the patron of soldiers. As he arrived in Iraq for his first deployment there, Byers noticed a St. Michael patch on the uniform of one departing Navy SEAL. He asked the SEAL for the patch.

“It protected me while I was here, and I hope it does the same for you,” Byers’ fellow SEAL told him, giving him the patch. Byers says he was worn it on every operation since.

“War is not pretty, and it’s not kind. A lot of horrific things happen, things that impact you psychologically and emotionally,” Byers told Columbia. He has relied upon the invocation of the prayer to St. Michael to “defend us in battle, be our protection.”

On the fateful Dec. 8, 2012, the SEAL team approached the Taliban compound where the doctor was held hostage. They were discovered by a sentry.

Byers led the rush to the door of the compound and began tearing down obstacles inside to provide a pathway through for his fellow SEALs, all the while exposed to enemy fire.

One of his teammates, Nic Checque, burst through the heavy blankets hung as an obstacle and was mortally wounded inside. Byers rushed in, neutralized one of the enemy guards armed with an AK-47 rifle and, while engaging another man in the room, heard the hostage, Dr. Dilip Joseph, crying out.

Byers jumped on top of the doctor to shield him from any harm, while immobilizing another enemy guard. The rescue was successful.

“I ask God, ‘What is your intent with me? Why am I still here?’” Byers reflected, noting that he could have been killed on the mission. “I reflect on that a lot.”

For his actions, Byers was awarded the Medal of Honor in February of 2016 at the White House.

Now, retired from active duty and a board member of the Medal of Honor Foundation, Byers travels around the country to promote the virtues associated with the medal.

“I see it as a chance to witness to my faith and give glory to God,” Byers said of his mission. “I mention God and St. Michael at every single speech I give. I have an obligation to do that because of the graces I have received.”

Inspired by his father’s service in the Navy in World War II, Byers had wanted to become a Navy SEAL by the time he was a teenager. His mother encouraged him to become a medic in order to have an alternative career after the military.

He initially joined as a Navy hospital corpsman and moved into the Marines, a time he recalled as “deeply religious” for him as he studied Catholic apologetics. On his first deployment, he led prayer groups when a priest was not present to celebrate Mass.

After the 9/11 terrorist attacks, his request to train for the SEALs was accepted, and Byers left for San Diego to undergo the SEAL training that is renowned for its strenuousness.

“I distinctly remember a few times when, on the brink of breaking and wanting to quit, I would say little prayers like, ‘If this is something you want me to do, I don’t know how much more I can take. If I can just get a 30-second break, I think that would be enough for me to go on,’” Byers told Columbia.

“And next thing you know, the instructors would blow the whistle for us to take a break at a critical moment. I never will forget that.”

Still busy promoting the virtues of the Medal of Honor, Byers asks Americans to remember veterans and others “on the margins” who are struggling with hopelessness.

“An astronomical number of veterans commit suicide. And it’s because they have lost hope and don’t have that support network they once had,” he said. According to a 2019 report of the Department of Veterans Affairs on veteran suicide prevention, more than 6,000 veterans—an average of 16.8 per day—committed suicide.

“There’s so much depression in the world, and I think it comes from a lack of hope. Never forget about those people on the margins. Focus energy on those who need help the most. Help them feel that they’re important, and help instill the virtues that God intends for us to have — faith, hope and love.”