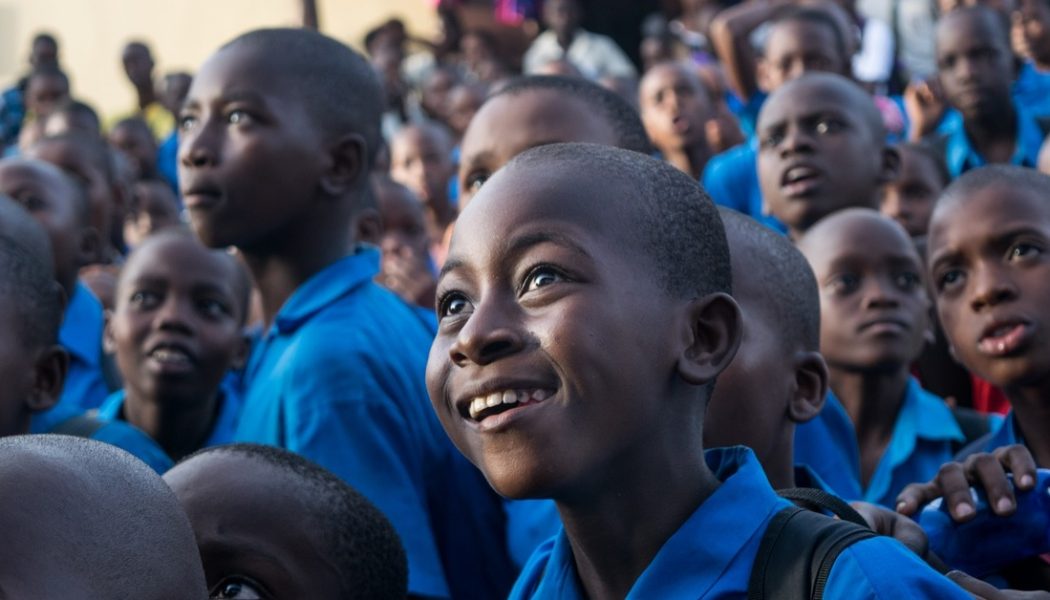 My youngest daughter needed help with a math problem. I explained it in a way that I thought would make sense, realizing I now have a 4th grader’s understanding of math and she is in 6th grade. Overhearing our conversation, my wife told her a different way to do it. Trying to figure the problem out still, our daughter asked our son for help (parent fail!). He told her that both my wife and I were right, just coming at the problem with different ways of solving it. We were both right, but neither of us was giving the full answer. This is like the answers that you might receive if you asked a Catholic leader about the relationship between evangelization, catechesis, and apologetics. You are probably going to get a lot of right answers, but incomplete ones, which may not hit every angle of the issue.

To start our exploration of the relationship let us look at evangelization and catechesis and their interplay and differences. This post will not have room to sort out all of the different issues that unite and differentiate the two, but hopefully will clear up some common misconceptions. Furthermore, I hope to also include the role of apologetics in relationship to both evangelization and catechesis.

DEFINITIONS
I had a graduate studies prof who always told us to “define your terms” clearly, otherwise you will be speaking different languages. Well, part of the issue is that while the Church gives definitions of these topics, they seem to either bleed into one another or be separated from one another, depending on how you define them. Herein lies part of the issue. They are interrelated and inseperable, yet also distinct.

EVANGELIZATION
Here is how the Catechism describes evangelization.

“The proclamation of Christ and his Gospel by word and the testimony of life, in fulfillment of Christ’s command” -CCC 905

A few notes on this definition:

CATECHESIS
Here is how the Catechism describes catechesis.

“Catechesis is an education in the faith of children, young people and adults which includes especially the teaching of Christian doctrine imparted, generally speaking, in an organic and systematic way, with a view to initiating the hearers into the fullness of Christian life.” – CCC 5

A few notes on this definition:

EVANGELIZATION + CATECHESIS
To illustrate the relationship between evangelization and catechesis, the Catechism (quoting JPII) goes on to say:

“While not being formally identified with them, catechesis is built on a certain number of elements of the Church’s pastoral mission which have a catechetical aspect, that prepare for catechesis, or spring from it. They are: the initial proclamation of the Gospel or missionary preaching to arouse faith; examination of the reasons for belief; experience of Christian living; celebration of the sacraments; integration into the ecclesial community; and apostolic and missionary witness.” -CCC 6

The best document to lay out this dynamic between evangelization and catechesis is probably the General Directory for Catechesis (which is being rewritten currently!). It says:

Catechesis “receives from evangelization a missionary dynamic which deeply enriches it and defines its own identity. The ministry of catechesis appears…as a fundamental ecclesial service for the realization of the missionary mandate of Jesus” -GDC 59

“the conception of catechesis as a school of faith, an initiation and apprenticeship in the entire Christian life of which catechists do not yet have a full understanding.” -GDC 30

In other words, catechesis isn’t just a class. It is a formation in the life of discipleship. In one sense, you could say that catechesis is the process whereby we form missionary disciples.

A few further notes about the catechesis and evangelization:

STAGES
Still there is a schema that we ought to operate under, when trying to evangelize and catechize others, because life comes in stages.

We have to remember that our life is going to be full of moments. We have talked about these moments/stages in other posts, but a quick reminder of them:

While these different stages may seem clear, in practice evangelization and catechesis bleed into one another. THIS IS IMPORTANT and why many seeming conflicts arise between those that seem to emphasize one to the detriment of the other. The moment of conversion is not always so clear (it can take many months or years of a slow change of heart). Therefore, we have to be more comfortable with understanding that the process of pastoral work (helping others through these stages) should be attuned to each person we are accompanying. Furthermore, formation in the life of a disciples is never ends in this life.

During the evangelization stage one cannot leave behind catechesis. Yet the Church defines this first kind of catechesis as a simple proclamation about Jesus, an “initiatory catechesis”. It is meant to help form the person enough about Christ and who he is, so they can place their faith in him. Deeper catechesis is necessary, but we ought to wade into the ocean of doctrine, not take a diving lesson.

THE IMPORTANCE OF TRUTH
One aspect of both evangelization and catechesis that we have seemed to lost is that we never want a watered-down Catholicism in our attempt to evangelize today’s world or form Catholic disciples. Preach and teach the truth – others have a right to it and you have a duty to do so clearly. Imagine if Jesus avoided the tough topics. What about the Apostles, after Pentecost? We wouldn’t have the Catholic Church we have, if they did.

So, why are we afraid to boldly teach and proclaim all that the Catholic Church teaches? Well, there are several possible options:

Jesus had a message that included tough truths and that message isn’t meant to be watered down by his followers. A message that is meant to transform us and then meant to be lived radically by all who take the name of “Christian”. You and I need to be more radical, more bold, more courageous, more Christian. We need to look and sound more like Jesus did. The world has rejected the soft and easy idea of following Jesus. So, let’s offer something the world truly needs…The Cross – where the bad news is defeated and Good News ultimately wins. This is where an appropriate apologetic argument comes in.

APOLOGETICS
APOLOGETIC = a reasoned defense, argument, or explanation of what you believe, especially in regards to doctrine. Apologetics helps to overcome objections to what Catholics may believe. It gives a formal reason for why we believe what we believe. It is an indispensable tool of every evangelist and catechist. Still, like all tools, we can use it in the way it was intended (for good) or not.

The goal of apologetics is to give reasonable proof about Catholic doctrine. Thus, a good argument will answer large questions such as “does God exist?” all the way to “what is purgatory?” and everything in between. Bishop Robert Barron has been a great advocate of what he calls a new apologetics. One that is more robust and reaches today’s people. In other words, we ought to be answering the questions people are asking, not those we think they might be asking. We also need to be doing it charitably, calmly, and clearly.

While apologetics is a necessary tool, we should also know the limits of it. Generally speaking (though not always), it does not compel faith, but rather removes obstacles on the way to faith. Thus, while evangelizing someone, an evangelist may encounter a tough question from the person they are evangelizing. An apologetic argument may help remove the barrier that is preventing that person from believing. I know many non-Catholics who had to first understand our arguments for heaven and hell, before they would profess faith and a need for the forgiveness of Jesus.

Furthermore, a catechist may need to argue for certain doctrines (or against falsehoods also) that then can help clear the way for a disciple to grow closer to God. Thus, apologetics is an indispensable tool for both the person evangelizing and/or catechizing someone. Using that tool appropriately is something we can all get better at, as we mature as disciples.

——————-
Let this quote finish my thoughts for the time being:

“Primary proclamation is addressed to non-believers and those living in religious indifference. Its functions are to proclaim the Gospel and to call to conversion. Catechesis, “distinct from the primary proclamation of the Gospel”, promotes and matures initial conversion, educates the convert in the faith and incorporates him into the Christian community. The relationship between these two forms of the ministry of the word is, therefore, a relationship of complementary distinction. Primary proclamation, which every Christian is called to perform, is part of that “Go” which Jesus imposes on his disciples: it implies, therefore, a going-out, a haste, a message. Catechesis, however, starts with the condition indicated by Jesus himself: “whosoever believes”, whosoever converts, whosoever decides.” -General Directory of Catechesis 61